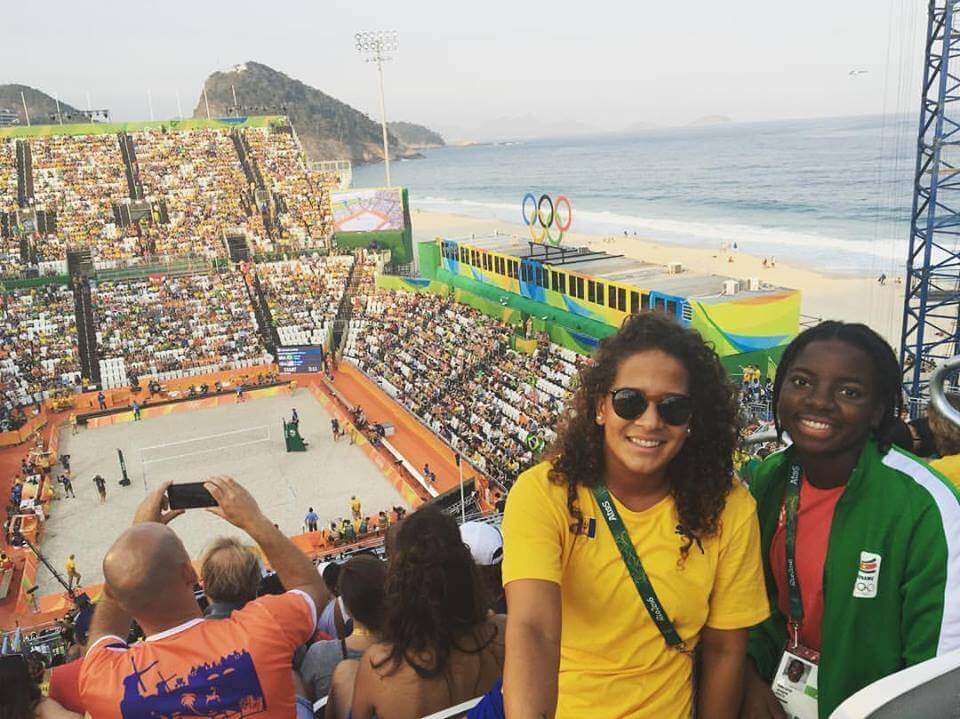 With the 2016 Rio Olympics in full swing, it seems to be the only thing being talked, tweeted, and posted about. Yet, to a select few they can actually experience paradise and some of those select few were once played on FGCU soil.

Sweat, 30, is a Fort Myers native and was apart of FGCU’s original volleyball recruiting class and played for the Eagles from 2004 to 2008.

Brooke and teammate Lauren Fendrick were two of the women’s beach volleyball teams representing the U.S. Going into their pool play, the duo was ranked 15th out of 24 Olympic pairs.

Unfortunately, Sweat and Fendrick were eliminated after their third preliminary loss. However, they had the opportunity to compete against teams such as, Poland, Brazil, and Russia.

Recently, graduating in the spring with a degree in public relations, Cabrera was able to fulfill a lifelong goal. Cabrera had the opportunity to swim for her native country of Barbados against the best of the best.

Sadly, Cabrera did not make it past the first heat in the 400-meter freestyle, held Aug. 7, but she was extremely thankful for the experience. Cabrera stated in a interview with Loop – Caribbean Local News, “Today I officially completed my life-long dream of competing in the Olympics… I am truly thankful for all of the kind words via text or social media, from people all over the world.”

Leter, who competed in the 100-meter breaststroke, also had the opportunity of representing not only FGCU, but also her native country of Suriname. Unfortunately, Leter did not make it past the first heat, but like Cabrera, was thankful being able to experience the Olympics.