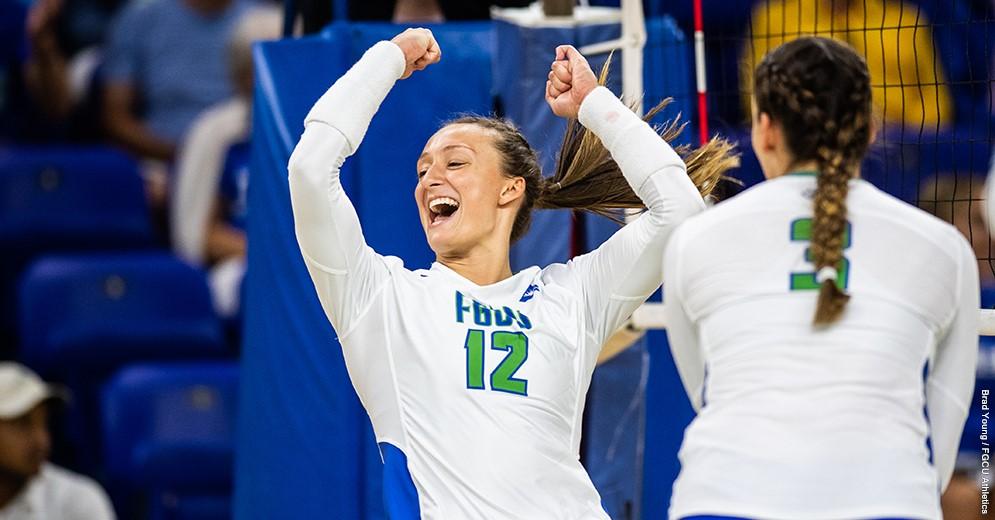 The Eagles began the first set in full force as they amounted a 14-3 lead following back-to-back kills from freshman Erin Shomaker and Danielle Serrano. Pushing their lead to 22-7, Cortney VanLiew would cap off the set for FGCU with three straight kills and take a 1-0 lead.

The Green and Blue didn’t slow the pace at all as the went on an 11-0 run to start the second set and got to an 18-3 lead following a kill from senior Giovanna Borgiotti. North Alabama tried to make their way back into the matchup as they split the next 12 points with the Eagles but junior Snowy Burnam would end their chances and score the final point of the set for a 2-0 lead.

Cortney VanLiew led the Eagles in kills with 16, matching North Alabama’s team total, while only playing two sets but also pushed her career kill total to 999, which puts her within one more of joining the elite club of having at least 1,000.

The Eagles’ standout freshmen players continue to perform, as Erin Shomaker added seven kills and Aja Jones produced five of her own in the matchup.

FGCU will remain home as they continue their ASUN competition with a match against Lipscomb on Sunday, Sept. 29 at 2 p.m. in Alico Arena.