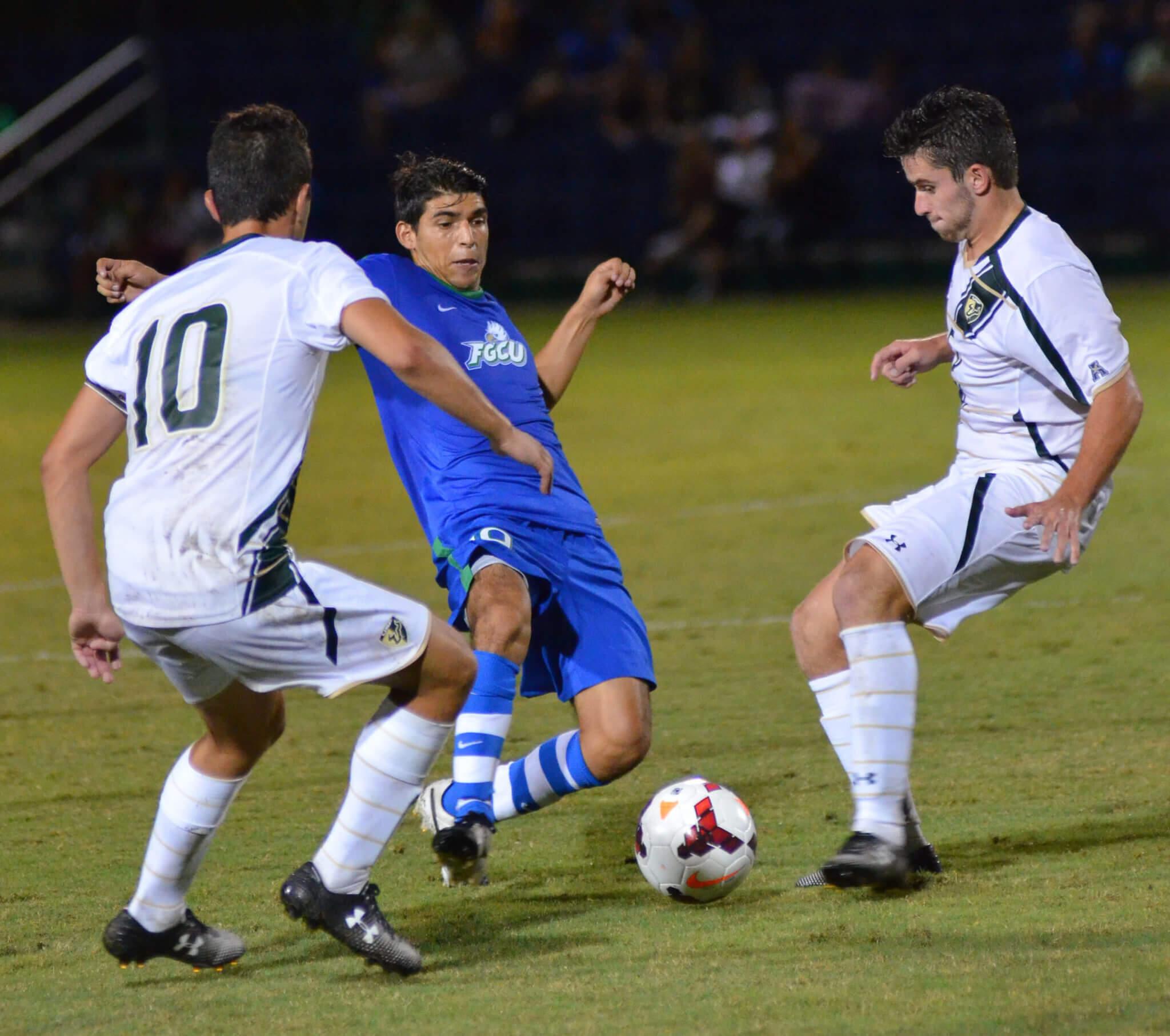 Felipe DeSousa’s record-setting goal and Kamar Marriott’s strike in the 87th minute secured a 2-0 win for the FGCU men’s soccer team over USF during its season opener Friday night.

DeSousa was subbed into the game in the 59th minute where he began to make spaces quickly. The junior dribbled past a defender and cut back into the middle,  where he was taken down in the box. DeSousa shot the penalty directly inside the lower left of the post, which set the Eagles to a great start.

The junior’s goal became his 14th at FGCU with almost two more seasons remaining of his collegiate sports career. The goal also places him ahead of the previous record-holder, Christian Raudales.

Freshman Kamar Marriott, who came into the game alongside DeSousa, also helped secure a key opportunity for the Eagles. As the game was coming to an end, FGCU countered off a Bulls’ corner kick where freshman Derek Gebhart got past the defensive line and crossed it to Marriott who completed the play and shot past USF goalkeeper Spasoje Stefanovic.

“Our philosophy was to play two of our freshmen — Arion and Albert — up front for as long as they could, and once they started to fade we knew we were going to bring in some speed in Felipe and Derek,” head coach Bob Butehorn said in a prepared statement. “Those two play extremely well, and Felipe and Derek created some mismatches as USF wasn’t able to handle their speed. We eventually got rewarded for that, and I give our coaching staff a lot of credit for instituting the game plan and for our players for executing it well.”

The match marks the sixth-straight season FGCU and USF meet, and the win against the Bulls is only the second in the series for the Eagles. USF also participated in the NCAA Tournament last year and was one of the opponents FGCU faced in their non-conference schedule.

Eagles will return to The Nest against Portland at 7 p.m. Thursday, Sept. 4 and then host 2010 National Champion Akron at 7 p.m. Saturday, Sept. 6 also.