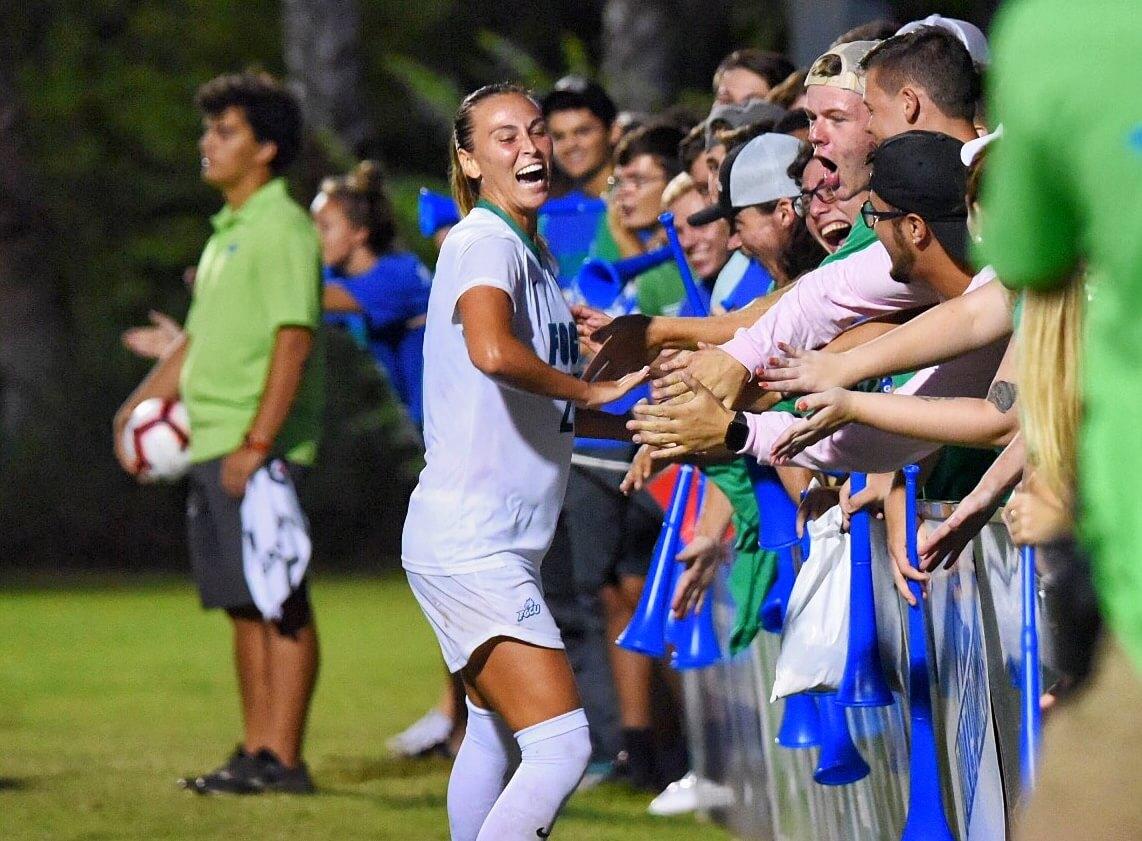 The FGCU women’s team kicked off the season with a 2-0 victory in their home opener against the FIU Golden Panthers.

The Eagles came out strong in the early going with a goal scored in the 8th minute of the game coming from senior Marjorie Boilesen, assisted by Alyssa Abbondandolo.

The remainder of the first half was eventful with the Eagles putting 10 more shots on goal and keeping the pressure on the FIU Panthers. FIU proved up to the challenge as they wouldn’t allow another goal in the half and tack on three saves.

Coming out of the halftime break, the Eagles put up another score just 5 minutes into the second half. Marjorie Boilesen tacked on another score which would prove to be the final one of the game, assisted by both Zoey Spitzer and Louise Lillbäck.

With a 2-0 advantage, the Eagles kept up the pressure for the remainder of the game by tacking on 8 more shots in the second half.

FIU would keep fighting offensively until the clock ran out of time, including a shot on goal that hit off the crossbar in the final 15 minutes of the match. The Eagles would go onto to win the game 2-0.

Goalkeeper Melissa Weck would have a clean sheet shutout, blocking all 4 of FIU’s on target goals in the match in the opener of her final season for FGCU.

The Eagles offense demonstrated its efficiency, holding a shot advantage of 18-5 while putting 9 shots on goal compared to the Golden Panther’s 4.

FGCU hopes to take the momentum from their season opener and put on a similar performance when they take on the Auburn Tigers at home this Sunday at 1 p.m.