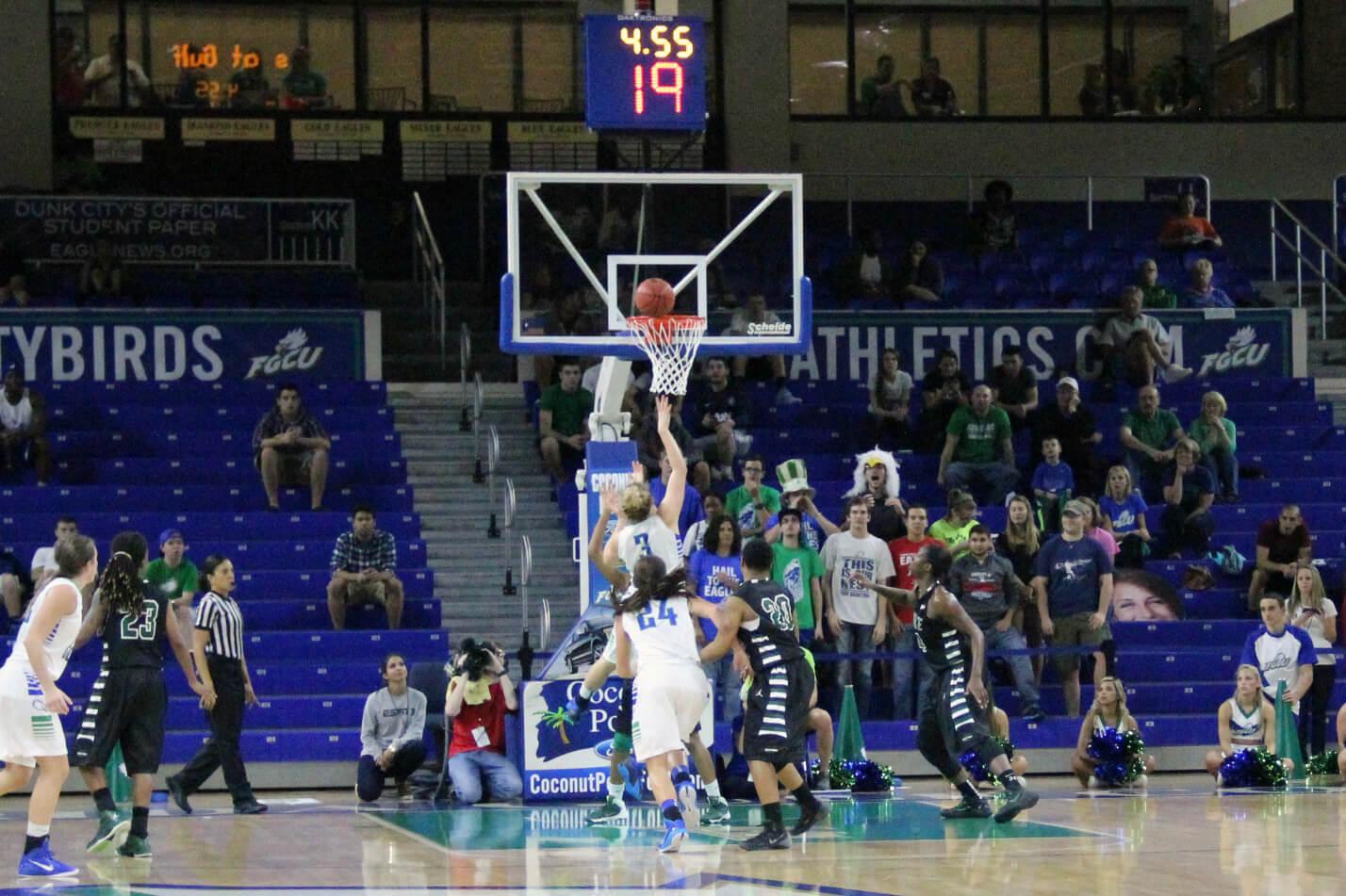 The Eagles moved to 17-2 on the season with a 12-game win streak, which ranks ninth in the nation and is currently riding a 58-game win streak in home conference games.

“We played pretty well in the first half,” FGCU head coach Karl Smesko said. “I think we did a pretty good job defensively. They hit some tough shots and longer jump shots but for the most part, I thought we executed pretty well on offense. We were able to get to the rim and get to the foul line. We didn’t shoot the ball well from three today but we made up for it by getting some transition baskets.”

“I was just feeling good. Today had been just a long day (schoolwork) and to come out and play basketball it just felt good,” Meador said.

The Eagles dominated the paint outscoring the Spartans 44-20 and used 26 points from the bench to outscore Upstate with its three points.

The Eagles held a double-digit lead from the 7:35 mark in the first half and never relinquished it throughout the rest of the game even leading by as much as 32 with 7:09 left in the game.

The women stay at home this weekend to take on Kennesaw State University at 7 p.m. on Saturday at Alico Arena. The Owls are 13-6 on the season, after going 7-24 and 6-24 the last two years respectively, and are coming off a loss against Stetson, 64-75, tonight.