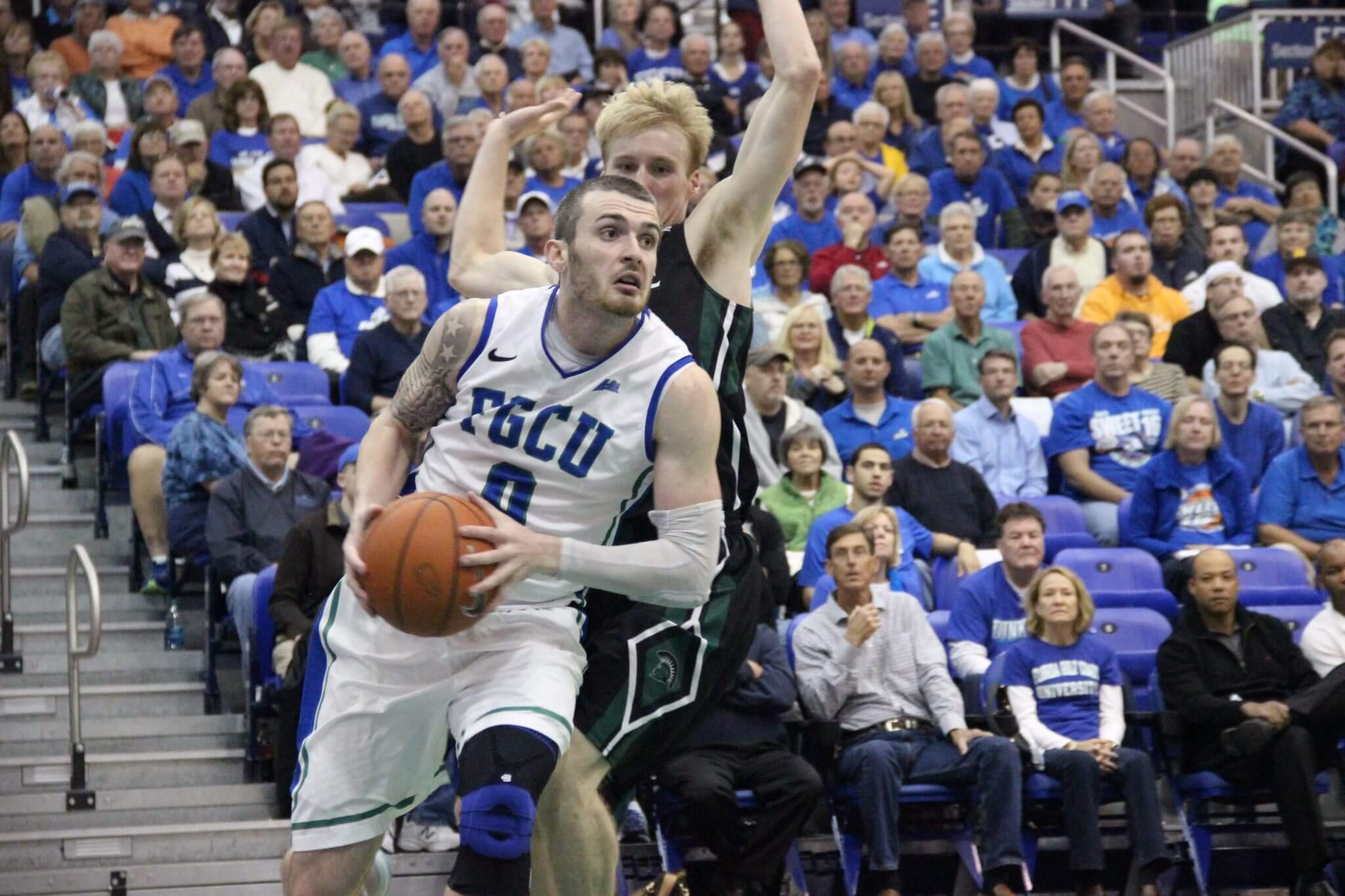 ​The defending Atlantic Sun Conference tournament and 2014 A-Sun regular season champions Florida Gulf Coast University stepped onto the hardwood to defend their title Tuesday night. The Eagles (21-11, 14-4 A-Sun) faced in-state rival Stetson (7-24, 5-13 A-Sun) in the quarter final round of the tournament. Last season in the A-Sun tournament, the Hatters were eliminated by FGCU in the semi-final round.
​
The Eagles started out strong going on a 10-2 run to begin the game. From there, FGCU never looked back constantly pouring on bucket after bucket. Once they took the lead with the opening bucket, Stetson wasn’t able to take tie the remainder of the game. The win, 77-55, moved FGCU into the semi-final round of the Atlantic Sun tournament where they will take on East Tennessee State University.

The Eagles put their shooting skills on display shooting 53 percent in the first half and 48 percent on the night. The sharp-shooting came from all over the court as FGCU knocked down six threes – two by Jones, Cvjeticanin, and Thompson each– and shot 79 percent at the free throw line.

Alico Arena saw big nights out of the usual top performers for FGCU. Chase Fieler scored a team-high 17 points on the night to add to his 5 rebounds. Fieler wasn’t the only big man producing for the Eagles, Eric McKnight dropped 15 points along with snagging five rebounds and blocking two shots. Jamail Jones continued the tear he has been on scoring 10 points with four rebounds. Jones slammed in a vicious dunk in the second-half while being fouled to help pick up momentum for the Eagles.

In the back court, Brett Comer put on a nine point, nine assist, and seven rebound performance. Alongside Comer was Bernard Thompson, who was able to drop 14 points to go with his three rebounds and perfect 6-6 shooting from the free throw line.

“We did a really good job of getting the crowd going and not relying on them to get us going.” Chase Fieler commented. “When they start getting behind us that’s when were the best.”

FGCU will host ETSU tonight for the semi-final round of the Atlantic Sun tournament. The Eagles went 1-1 against ETSU this season, their loss just two weeks ago 89-81. Tip is set for 6:30 pm in Alico Arena.