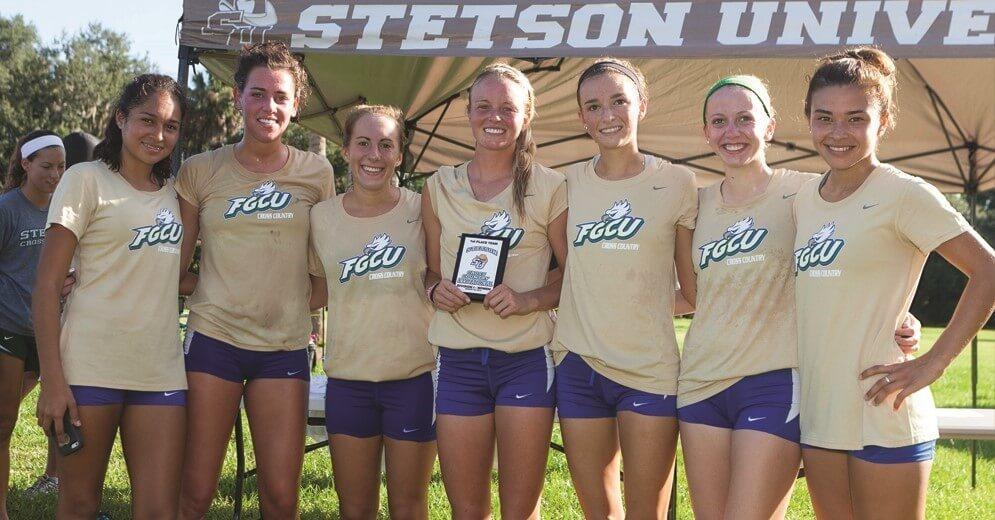 The Florida Gulf Coast University men’s and women’s cross country teams started their seasons off on  high notes at the Stetson Hatter Invitational on Saturday with a third and first place finish respectively.

Senior Brooke Sill led the women’s team to a victory with a first-place finish in the 5K with a time of 19:39.56. Senior Alicen Wilbur took second-place and junior Courtney Corradetti finished third. All of the women who competed finished in the top 10 putting FGCU atop the leaderboard with 17 points followed by the University of North Florida with 65 points.

“The women ran an aggressive race and had a good pack up front,” head coach Cassandra Goodson told FGCU Athletics.

“Brooke had an outstanding showing, she will be someone to watch for at the conference championship meet…”

The three top-10 finishes put the eagles in third place with 44 points. UNF won with 36 points and Lipscomb came in second with 43 points.

“Today was a great way to begin our season,” Goodson said. “Both teams showed good performances highlighted by race wins. Testing out the course where this year’s conference championship will be held and racing against other Atlantic Sun teams was a great way to get things started.”

With a successful first race, both teams head to the South Florida Invitational on Sept. 5 in Tampa in hopes of keeping their momentum going.