Fans around the world come together for a summer of soccer 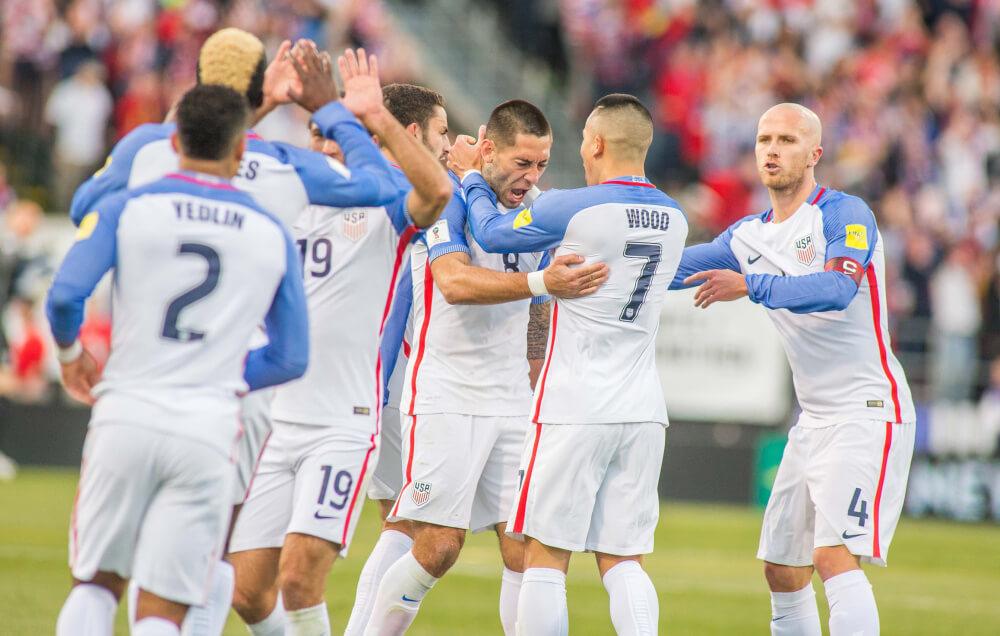 Just two years after witnessing Germany lift the most coveted trophy in the history of soccer, defeating Argentina in Rio de Janiero to claim its third-ever World Cup, soccer fans from all around the world have spent the bulk of their summer with their eyes glued to the television, as countries in Europe and North America battle it out in the Copa America Cenetario and the UEFA Euro Cup.

In its 100th year of competition, the Copa America features nations from North America and South America, as they compete for crown as the best team in the Americas. Hosted by the United States for the first time ever, the tournament is highlighted by the likes of Lionel Messi, Luis Suarez, James Rodriguez and many more international stars. Many nations take the tournament as a good competitive environment, as they set their sights on the 2018 World Cup in Russia.

Arguably the second biggest international tournament behind the FIFA World Cup, the UEFA Euro Cup is the most prestigious crown in a very soccer heavy European culture. Held in France for the first time since 1984, the tournament features the some of the biggest names in soccer such as Cristiano Ronaldo, Gareth Bale, Paul Pogba, and Mesut Ozil. The tournament also features the World Cup Champions and three-time European Champions Germany.

The Copa America, which kicked off on June 3 with Colombia defeating the U.S., has been no way near short of entertaining for soccer fans of all ages. The tournament has featured shocking upsets and crazy performances, as teams battle it out on U.S. soil to bring pride to their home countries.

Without captain Neymar due to FC Barcelona not allowing the Brazilian to participate in two major tournaments as he prepares for the Olympics in his home country, Brazil had many highs and lows throughout the tournament. The Brazilians showed no mercy in the group stage, pummeling Haiti 7-1 before they were sent home packing in one of the most controversial finishes in the cup’s 100 years. Deadlocked for 75 minutes of the match, Raul Rudiaz found himself in front of goal with a chance to give Peru a 1-0 lead, but Rudiaz hit the ball with hi hand into the net, kicking his legs to shake off his hand ball goal and giving Peru the advantage. A clear miss call by the referees, Peru shocked the world, sending Brazil home in the group stage.

With teams like Uruguay failing to make the Round of 16, the stage was set for the Group A winner U.S. to fight for a spot in the final. The Stars and Stripes have progressively gotten better every single game they have played since their opening match defeat to Colombia, powering their way into a semifinal matchup against Lionel Messi and Argentina on June 21 and marking the first time the Americans make it to the semifinals of the tournament since 1995.

In the other leg of the semifinal, the Colombians, who advanced to the semifinals after defeating Peru 6-4 in penalty kicks, face a very hot Chile side who thrashed Mexico 7-0 to set up the south American matchup that will take place on June 22.

All four teams battle for a spot in the final that will be held on June 26 at MetLife Stadium in East Rutherford, New Jersey.

Taking place from June 10-July 10, the UEFA Euro Cup started off with a bang, as host country France defeated Romania 2-1 in dramatic fashion behind a late left-footed golazo by Dimitri Payet to kick the tournament in high gear.

With ambitions for nations all around Europe high, the tournament made headlines for the wrong reasons at the beginning, as fans of teams began to terrorize the streets of France. Fans of Russia and England, who clearly are not very fond of each other took to altercations around restaurants and in the stadium, as the French police were forced to tame the crazed fans. UEFA released a statement after the riots threatening to disqualify both teams from tournament if the violence from their fans continued.

With the Round of 16 set to begin on Saturday, June 25, the group stage has been one for the ages with late game drama and some of the craziest goals you will ever see grace the pitch. Many teams like France and Italy have gone through the group stage with not too much trouble. But, very experienced squads have struggled to find their forms, as their opponents no matter how small their country may be have not backed down.

The likes of Portugal and England have struggled so far through the group stage against teams with not nearly as much of experience as they have under their belts. Tying their first match with Russia 1-1 as tournament newcomer Wales won its first match against Slovakia and put pressure on the Three Lions in Group B in their first-ever Euro Cup matchup, the English struggled against Wales during most of the match before salvaging two late goals to defeat Wales and lead the group in points. The Welsh, however, overtook England, as they defeated Russia 3-0. England settled for another draw, as it advanced to the Round of 16 as the second seed in Group B.

Led by arguably one of the best soccer players in the world and of all-time, Cristiano Ronaldo, the Portuguese have struggled greatly to begin the tournament. In arguably one of the easiest groups in the tournament — facing Hungary, Iceland and Austria, who have very little experience compared to Portugal — the Portuguese have only been able to get two points in two games, conceding a late goal in their first game in Iceland, ending in a 1-1 draw and drawing against Austria 0-0, as Ronaldo failed to put the ball in the back of the net with a rare penalty miss.

With the Round of 16 being decided on June 22, the teams will look to make a deep run at the title, as they look to be crowned champions of Europe.

The soccer doesn’t end there, as 16 nations will fight for a gold medal when 16 teams battle in the 2016 FIFA Olympic tournament highlighted by Brazil, Germany and Portugal at the 2016 Summer Olympics in Brazil from August 3 to 20.

In arguably one of the best summers full of soccer games day after day, fans cheer, scream and cry tears of joy or sadness, as nations across the globe have come together to support their countries on some of the world’s biggest stages.