FGCU adds win over Harvard to the season 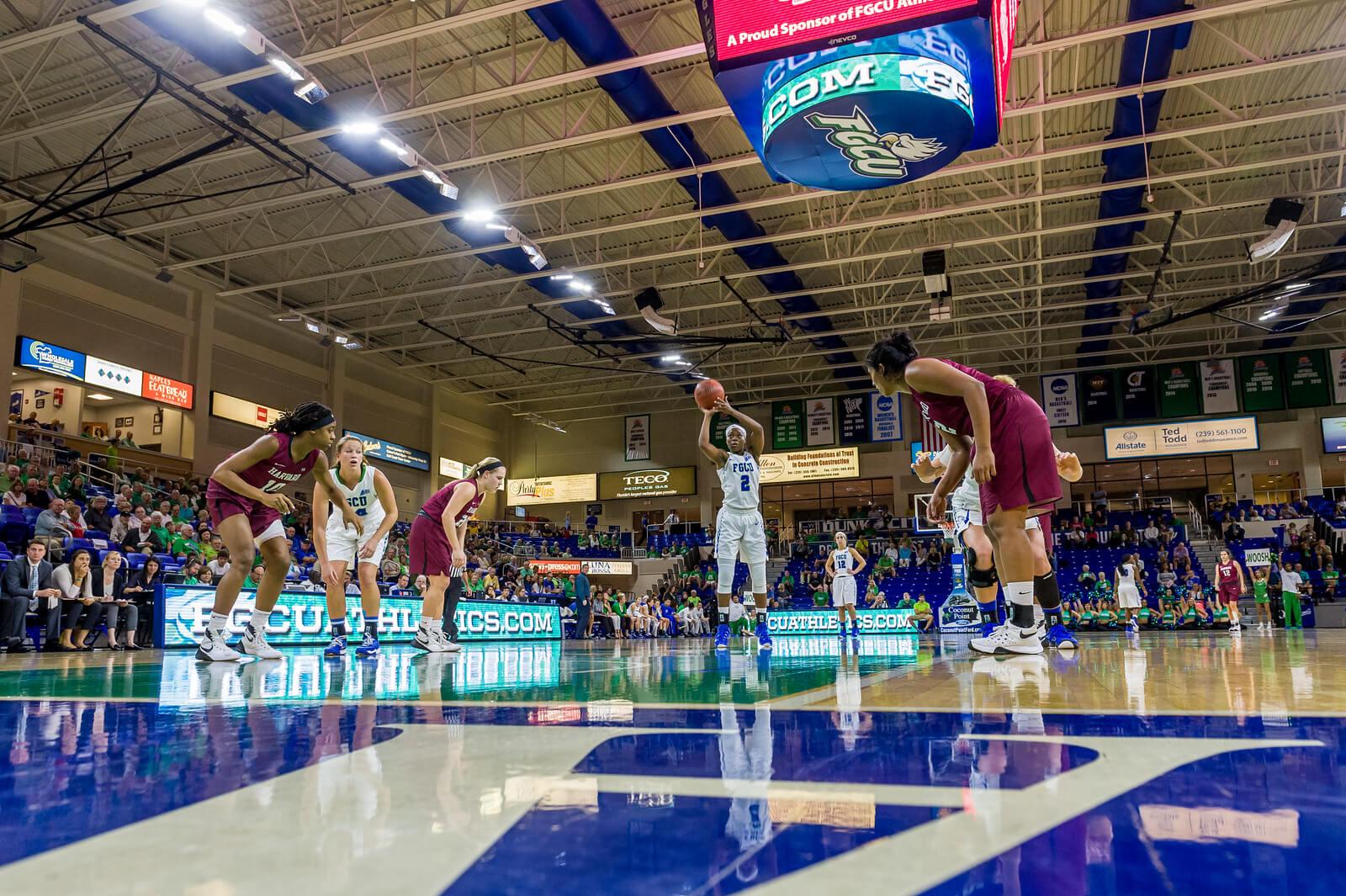 The FGCU women’s basketball team took a 74­65 win over Harvard at Alico Arena, Dec. 5. This is the Eagles’ first win at home during the 2015­16 season, improving their overall season record to 5­3.

With a crowd of nearly 1,700 in attendance, the Eagles came out strong and held a lead the entire game. The first minute of play swung momentum to the Eagles. An early three-pointer by Taylor Gradinjan opened the bank for the Eagles.

“We played a great first quarter — probably our best quarter of the year,” said head coach Karl Smesko. “We shot well and executed on offense, but we got a little bit sloppy and let Harvard stay in the game. I don’t think we played with the same defensive intensity in the second half, and they took advantage of it.”

FGCU shot 68.8 percent in the first 10 minutes and forced seven turnovers from Harvard for 13 points total. The team saw all seven players contribute on offense and defense to hold a 16­point lead early on. FGCU finished the first half with a 51.5 shooting percentage and seven three­pointers to hold the lead at 45­26.

Harvard found its footing in third quarter, making a 21­2 run. Even this wasn’t enough to ever give them the lead.

Harvard opened the bank and found a streak near the four­minute mark to bring the score to 66­61. A jumper from FGCU, DyTiesha Dunson, ended the Harvard run and sealed an FGCU lead entering the final two minutes of play.

The Eagles were fouled five times in the final 58 seconds and got successful free throws out of Kaneisha Atwater, Stephanie Haas and Haley Laughter to seal the victory at 74­65.

“I’m really happy with the team’s ability to come off the road and play a really good Harvard team less than 48 hours later and come out so strong,” Smesko said. “There’s definitely been periods of really good basketball over the last couple of games. Now, we’re looking to extend that so that we’re playing FGCU basketball consistently.”

FGCU will take a break for final exams this week and will be back in action Saturday, Dec. 12 against Providence College in Rhode Island.