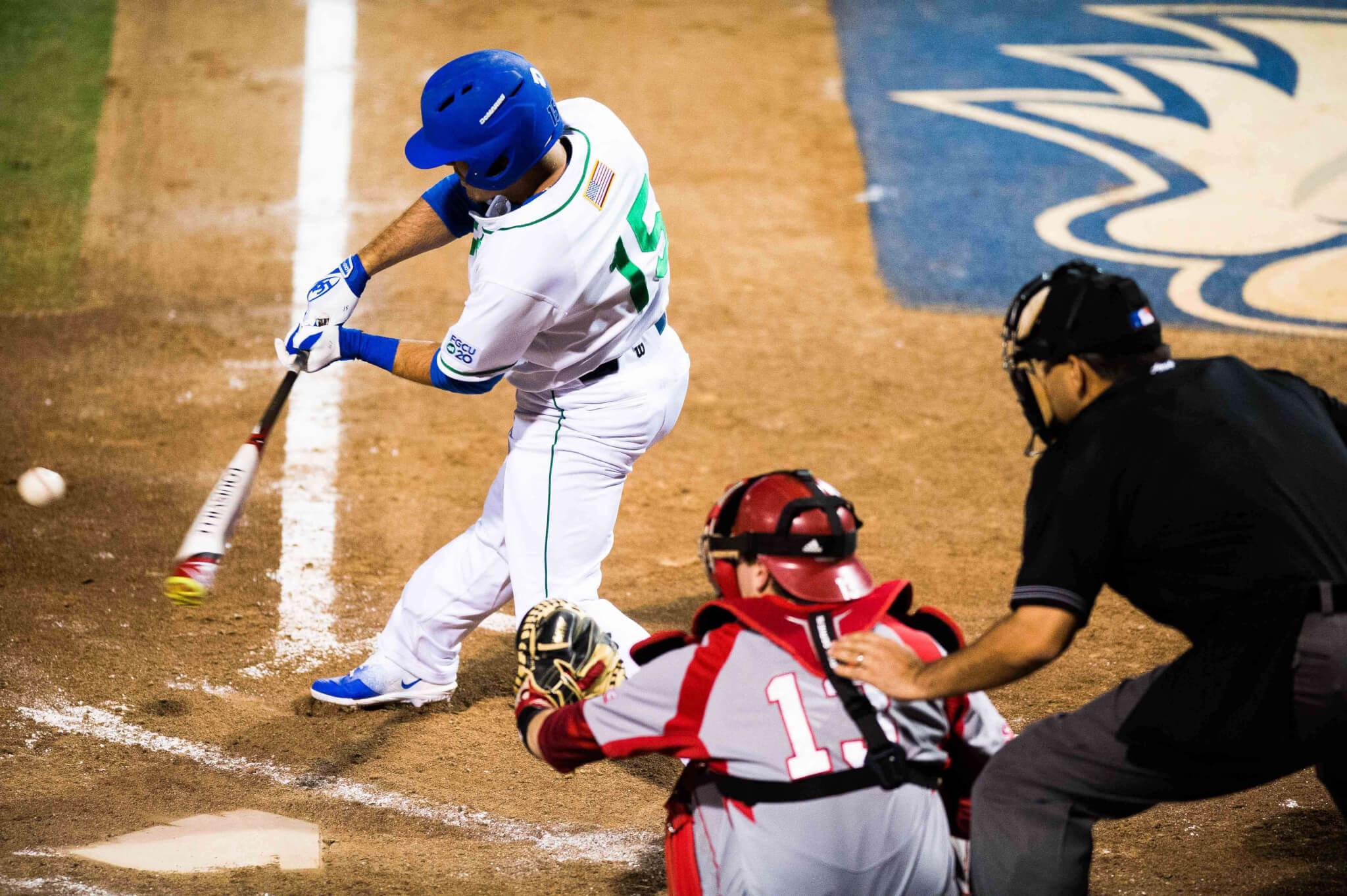 Playing in its final game of a four-game series against Sacred Heart, the FGCU baseball team defeated the Pioneers 5-1 on Sunday, claiming its first series win of the season.

Kutter Crawford made his debut for the Eagles going six innings, allowing one run on two hits, striking out 11.

“I thought Crawford was excellent,” FGCU head Coach Dave Tollett said. “Anytime you strike out 11 in six innings, that takes a little pressure of the defense. I thought his stuff was electric. I thought it was special. If this is going to be the Kutter we get every weekend, we’re going to be okay.”

Crawford struck out six in the first two innings with the game remaining scoreless until the fourth inning.

Following Richie Garcia’s move to first thanks to be hit by a pitch, the Eagles played small ball after Julio Gonzalez reached on a bunt single, followed by a sacrifice bunt by Spencer Levine.

Gabe Morey reached on an error by the Pioneers’ third basemen Austin Markmann that loaded the bases.

Elijah Eusebio wasn’t able to get the run in, but with two outs the Eagles broke through as Matt Reardon singled home two giving the Eagles a 2-0 lead.

“I was sitting off-speed, and I got it, and I just stayed back, stayed through,” Reardon said.

The Pioneers got one back in the sixth as Austin Markmann led off the inning with a walk and came around to score on an RBI hit by Keith Klebart.

Entering in the seventh for Crawford, Garett Anderson took the mound to close out the game for the Eagles. The Pioneers got two men on, and with second and third with two outs, Anderson got Markmann to fly out to center to keep the Eagles ahead.

The Eagles would add to their lead as the first three hitters in the home half of the seventh reached base.

With one out, Richie Garcia knocked in his sixth and seventh RBI of the season as he doubled into the left field corner.

After intentionally walking Julio Gonzalez, Alex Perry came in an immediately walked in a run as the Eagles went up 5-1.

Sacred Heart would threaten to get back into the game, but with the bases loaded, Garrett Anderson got Elijah Brown to ground into a 4-6-3 double play to end the inning.

Anderson closed things out in the ninth inning to pick up his first save of the season.

The Eagles will now host Eastern Michigan at Swanson Stadium on Wednesday, Feb. 22 before hosting Bethune Cookman for a three-game weekend series from Feb. 24-26.