FGCU baseball drops three of four during the home opener 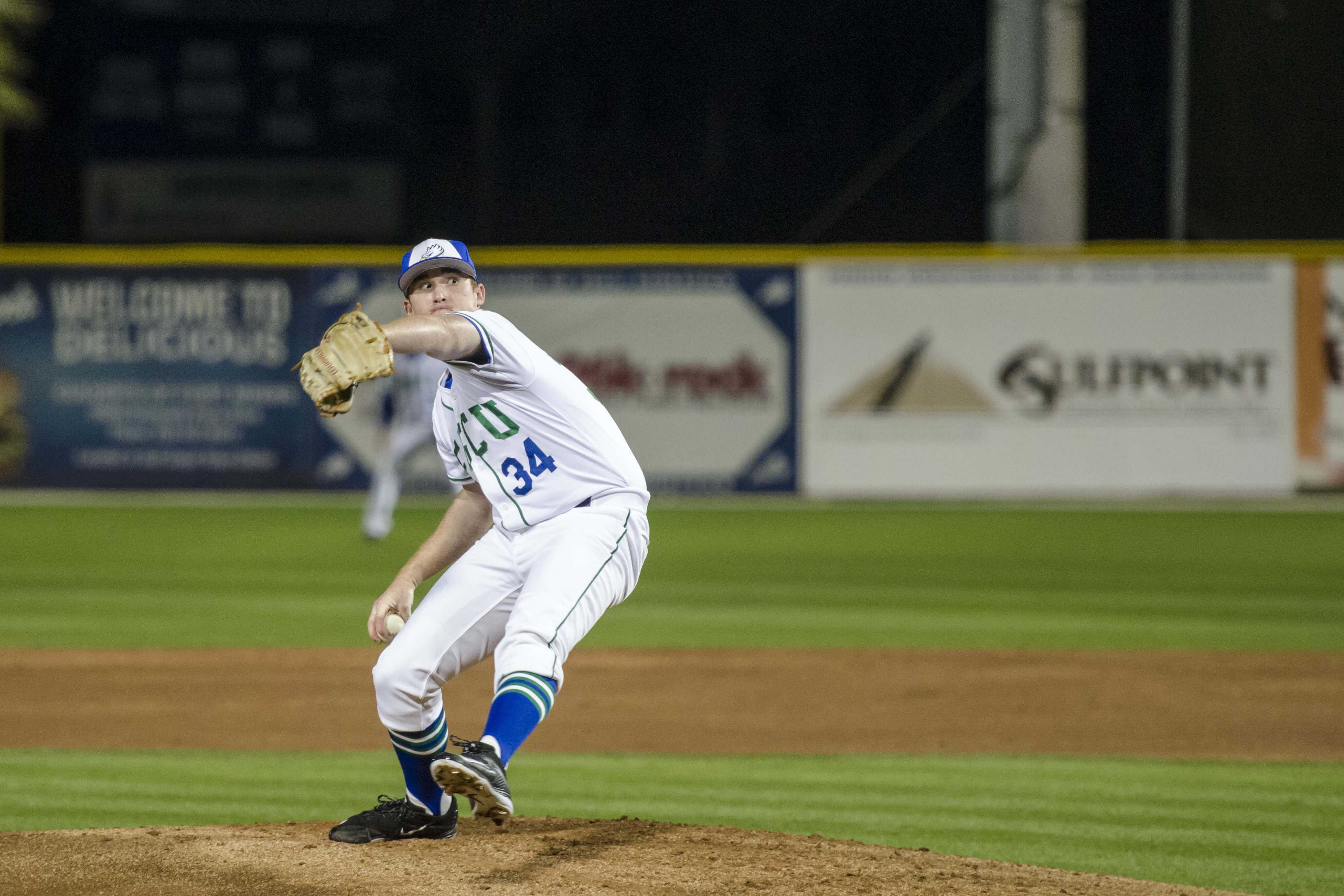 The Florida Gulf Coast University baseball team will play host to Fordham and No. 40 Illinois in back-to-back double headers to be played this Friday and Sunday. The game with Fordham will be at noon on Feb. 20 and 11 a.m. on Feb. 22. The Eagles will play Illinois University at 6:30 p.m. and 2:30 p.m. on Feb. 20 and  Feb. 22. The Eagles are currently ranked No. 40 in the Collegiate Baseball poll heading into this weekend.

The FGCU baseball team kicked off the season last weekend with a four-game series against Central Michigan University. The Eagle’s struggled to score runs all weekend, dropping three of the four games. Central Michigan has received votes in the national poll.

Junior Mike Murray got the start in game one of the series on Friday night and threw for five innings, striking out nine batters. Things got interesting for Murray in the fifth when he gave up a two-run triple that would lead to his first loss of the season and just the third of his career. Sterling Koerner took the mound in the top of the sixth with bases loaded and just one out. Koerner pitched the remainder of the game and struck out seven including the first batter he faced to help get out of the jam.

Lefty Nick Deeg for Central Michigan tossed for six shutout innings and allowed just three hits. The bullpen for the Chippewas held the Eagles to just one hit in the final three frames to lock up the 2-0 win on opening day.

“The lefty was everything that we heard he was,” coach Dave Tollett said. “That’s a pretty special arm to see first time out. I thought that we were better than that on the bump especially when you see 17 strikeouts. I thought our pitchers did a great job but we just didn’t hit. That team was really good and their pitcher kept us off balance. The chances we had we lined out three times with guys in scoring position. It just wasn’t our night.”

The Eagles finished with just four hits on the night and had one error in the field. Freshman Kyle Gilbert picked up his first career hit in the fifth inning but ended up stranded on base.

On Saturday, the Eagles split a double-header against the Chippewas in which they played 21 total innings between the two games.  FGCU picked up its first win of the season in game one, 6-4, and lost game two, 7-6, after a late rally from CMU forced the game into 12 innings and the eventual loss.

Freshman lefty Devin Smeltzer, who was drafted in the 33rd round of the 2014 Major League Baseball Draft by the San Diego Padres, took the mound in game one for his first collegiate start. Smeltzer tossed for four innings striking out five and walking two.

Garrett Anderson came in relief and threw for 4.1 innings allowing just two hits and no runs en route to his first win of the season. Andris Gonzalez took over in the ninth and recorded the final out of the game for his first save this year.

The Eagles went down early but took the lead soon after in the bottom half of the second inning. Brian Pruett drove in his first pair of RBI’s on his first hit of the season with a single down the right field line. Jake Noll and Adam Eggnatz both added two hits in game one.

In game two, the Eagles managed to score in five of the first nine frames, but it wasn’t enough, forcing extra innings. Central Michigan took the lead in the top of the 12th inning off of a wild pitch that could have been a strike three that would have ended the inning.

To end the series in Swanson Stadium, the Eagles dropped game four, 5-2.