FGCU baseball opens up campaign with loss to Sacred Heart 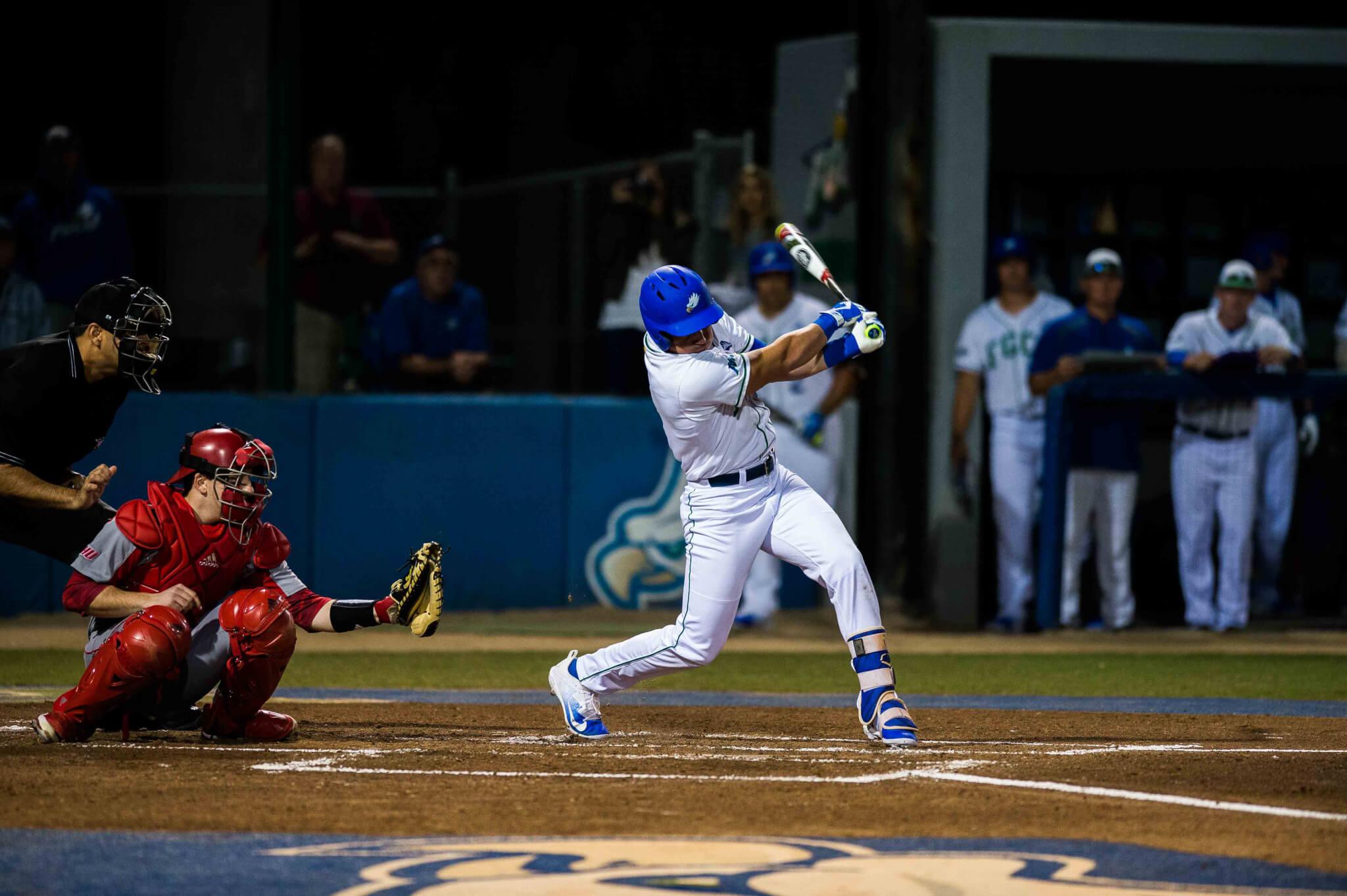 The FGCU Baseball Team kicked off the 2017 season at Swanson Stadium with a loss to Sacred Heart 10-5.

After going 27-32 a season ago, the Eagles welcomed three freshmen into their lineup as well as the return of senior Nick Rivera, who missed most of last year with an injury.

This was the fifth time these two teams have met with the Eagles, winning three of the first four games. Sacred Heart’s only win prior to Friday night was back in 2010, when Chris Sale started for the Eagles.

Mario Leon got the start for the Eagles and pitched 3 1/3 innings, giving up four runs (one earned) before Christian Townsend came in from the bullpen. Both Trey Vickery and Sebastian Gruskecki made their on-the-mound debut for the Eagles.

“The errors and the walks and the total amount of freebies, it was just too much to come from behind,” head coach Dave Tollett said. It’s not what we expected.

Despite the loss, Tollett was happy to have Rivera back in the lineup, as he hit his 27th career home run.

The Eagles fell behind early, giving up a run in the first and two more in the third on a two-run single Kevin DeFilippo.

Despite trailing, FGCU would fight back in the game as Alex Brait knocked in the Eagles’ run on a groundout. Julio Gonzales tacked on another run with an RBI in the seventh inning, cutting the lead to 9-2.

Nick Rivera’s home run got them a little closer in the eight, but the Eagles gave that run right back in the top of the ninth.

Trying for a big rally, FGCU plated two runs in the last of the ninth, but was unable to get any closer as they would eventually fall 10-5.

Brent Teller got the win for the Pioneers in his first start of the season as he went six innings giving up two runs on five hits, and striking out four, earning his first win of the season.

The Eagles will look to bounce back from their opening day loss in games two and three of their four game series with the Pioneers on Saturday, Feb. 18 at 1 p.m. and 4:30 p.m.