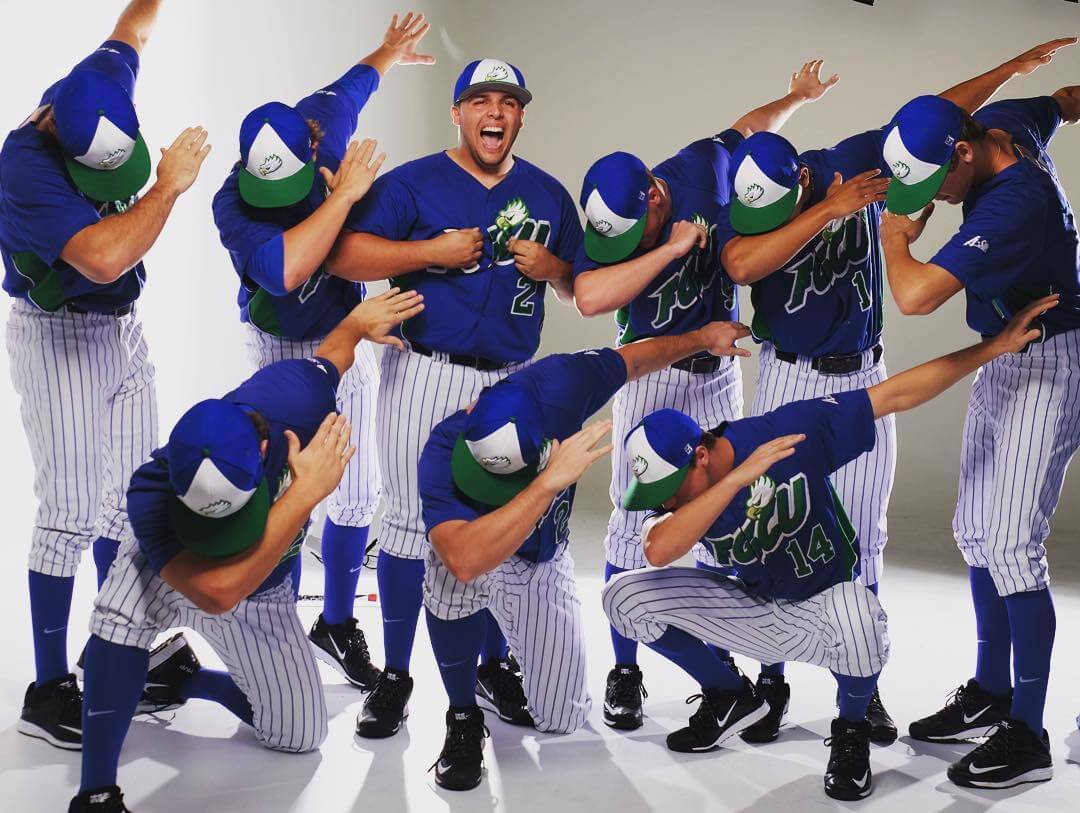 The FGCU baseball team celebrates the start to the season with an epic picture day team photo. (Special to Eagle News)

Baseball season is almost back, and FGCU is excited. Real excited.

On the eve of its first practice of the season, the FGCU baseball team posted an epic team photo from picture day to celebrate the return.

With its series match up against No. 1 Florida just 22 days away, FGCU was picked to finish second in the Atlantic Sun in the preseason coaches’ poll, falling behind North Florida.

Senior Jake Noll was named as the A-Sun Preseason Player of the Year for the second-straight season, while Rivera earned a unanimous selection to the Preseason All-Conference team.

FGCU will look to earn its fifth conference championship, when it takes on No. 1 Florida in a three-game series, starting Feb. 19 in Gainesville.