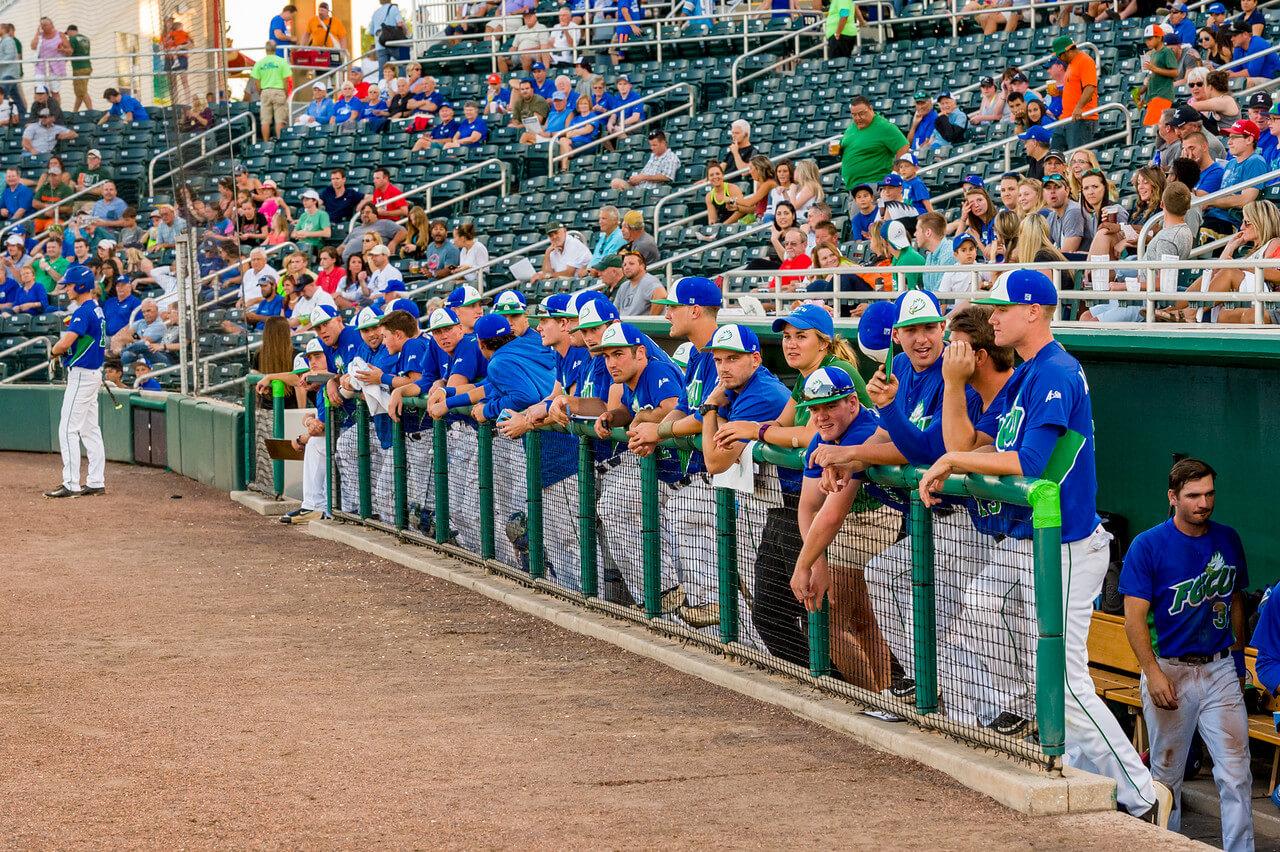 Helping produce one of most successful offensives in program history, redshirt-junior second baseman Jake Noll has been named the Atlantic Sun Conference Baseball Player of the Year. He is joined by senior third baseman Tyler Selesky as a unanimous First Team All-Conference selection, while first baseman Jake Smith was named to the All-Freshman Team.

Noll became the program’s second Player of the Year honoree. Also, he and Selesky are the first FGCU duo to be named unanimous First Team All-Conference selections in the same season. Smith continues a streak of six straight seasons that an Eagle has been named to the All-Freshman Team.

Noll finished the regular season ranked first or second in the conference in eight offensive categories. He leads the league in runs scored (57), hits (86) and total bases (145), while ranking second in batting (.372), slugging (.628), RBI (61), doubles (19) and home runs (12). Additionally, he was the only player in the NCAA to rank inside the top-40 in hits, RBI, runs scored, doubles and average.

During 21 league games in 2016, Noll hit .347 and led the league with 10 doubles and 24 runs scored while also ranking tied for fourth with 33 hits. Noll also earned the A-Sun Player of the Week Award for the first time in his career on March 14.

Noll finds himself ranked inside the top-10 in program history in a number of offensive categories including games started (170), batting average (.363), hits (266), doubles (43), runs scored (150), RBI (131) and stolen bases (49).
Selesky, who was named to the A-Sun All-Academic Team also earns postseason recognition for the second straight season. The veteran turned in career-high numbers in nearly every offensive category including batting (.333), runs scored (47), hits (71), doubles (16), home runs (12) and RBI (53) among others. He also hit three more home runs (eight) and drove in three more runs (27) than any other player during 21 league games this season.

Smith carried on a recent trend of FGCU freshman stepping on the field and becoming a huge asset in the team’s successes in 2016. A middle infielder by trade, Smith made the move to first base due to injuries throughout the lineup and made the most of his freshman year, as he posted a .402 batting average with 41 hits, 19 runs scored, eight doubles, one triple, one home run and 16 RBI in 33 games played and 102 at-bats this season. Additionally, Smith ranked second in the league with a .443 batting average (27-for-61) while also scoring 16 runs an