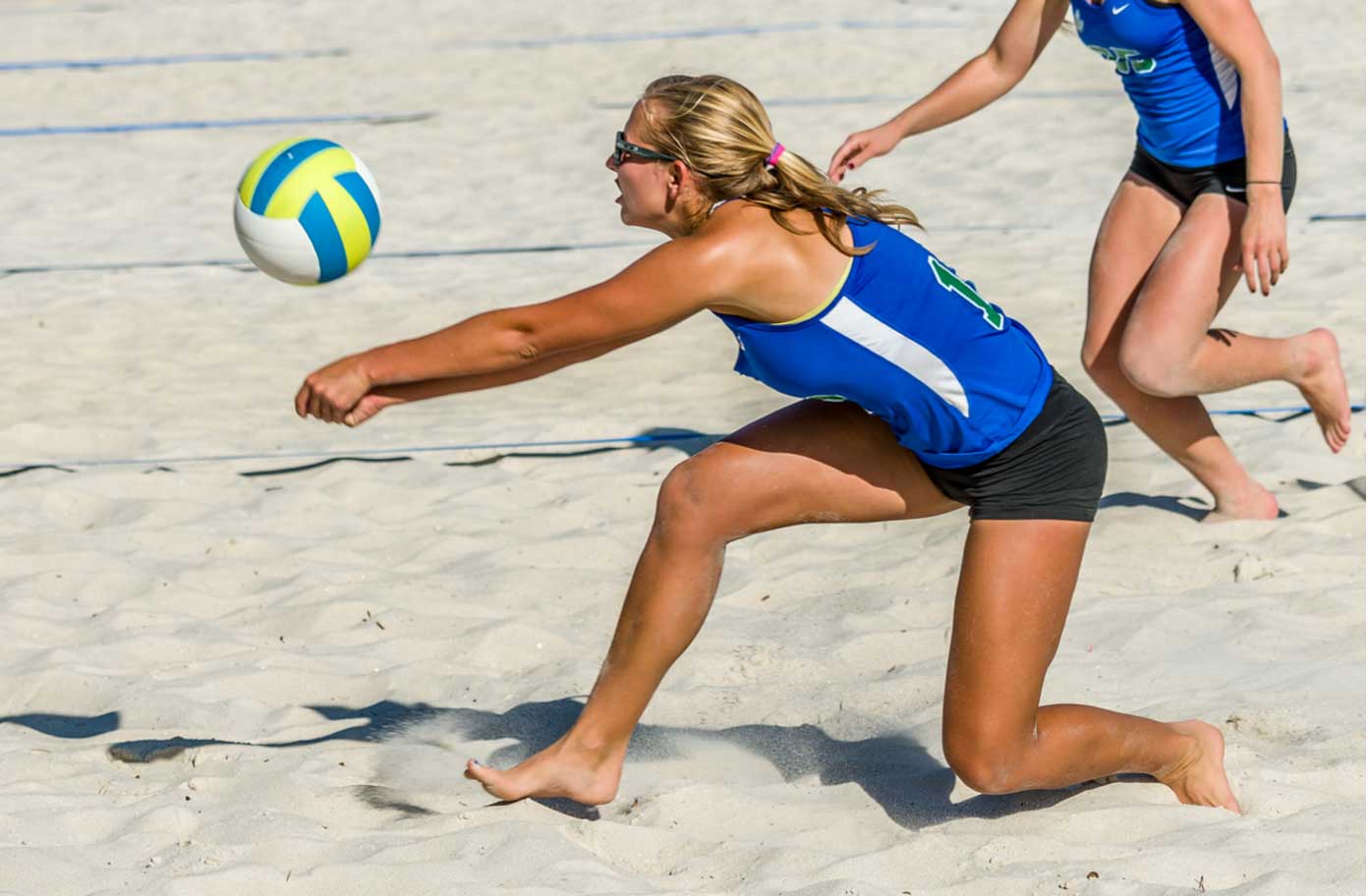 Now that two-a-days are in full gear and improvement is happening every hour, the FGCU women’s beach volleyball team is coming into the season with more depth than it has had in seasons past. With five members of the team being solely committed to beach volleyball, the team already has added growth.

“The big thing is we have a lot more depth than we’ve ever had,” FGCU head coach Matt Botsford said. “We want to be better than last year and continue to grow and push one another.”

Just days before its first game, FGCU anxiously awaits to see who they’d be paired with for regular season play. But, with six new freshmen, those returning are being pushed every day to compete for a spot on the team of ten.

“Days before our first match, the coaches pick out who we will partner up with and choose a team of ten with five teams competing,” sophomore Mackenzie Allen said. “Last season, I was paired with Caroline Jordan because we had the best chemistry, and everything just clicked.”

Along with changes to the team, the conference is also seeing some changes, shaking things up coming into the new season.

“New to this season is that Coastal Carolina will be a part of the beach conference tournament but not the regular season yet,” Botsford said.

With a group of talented young players, the women’s beach volleyball team has many goals coming into the season, but improvement to the program and competing at its best level is on the top of its list.

Come out to Estero Community Park at 4 p.m. Tuesday, March 15 to support the team in its season opener against Stevenson.