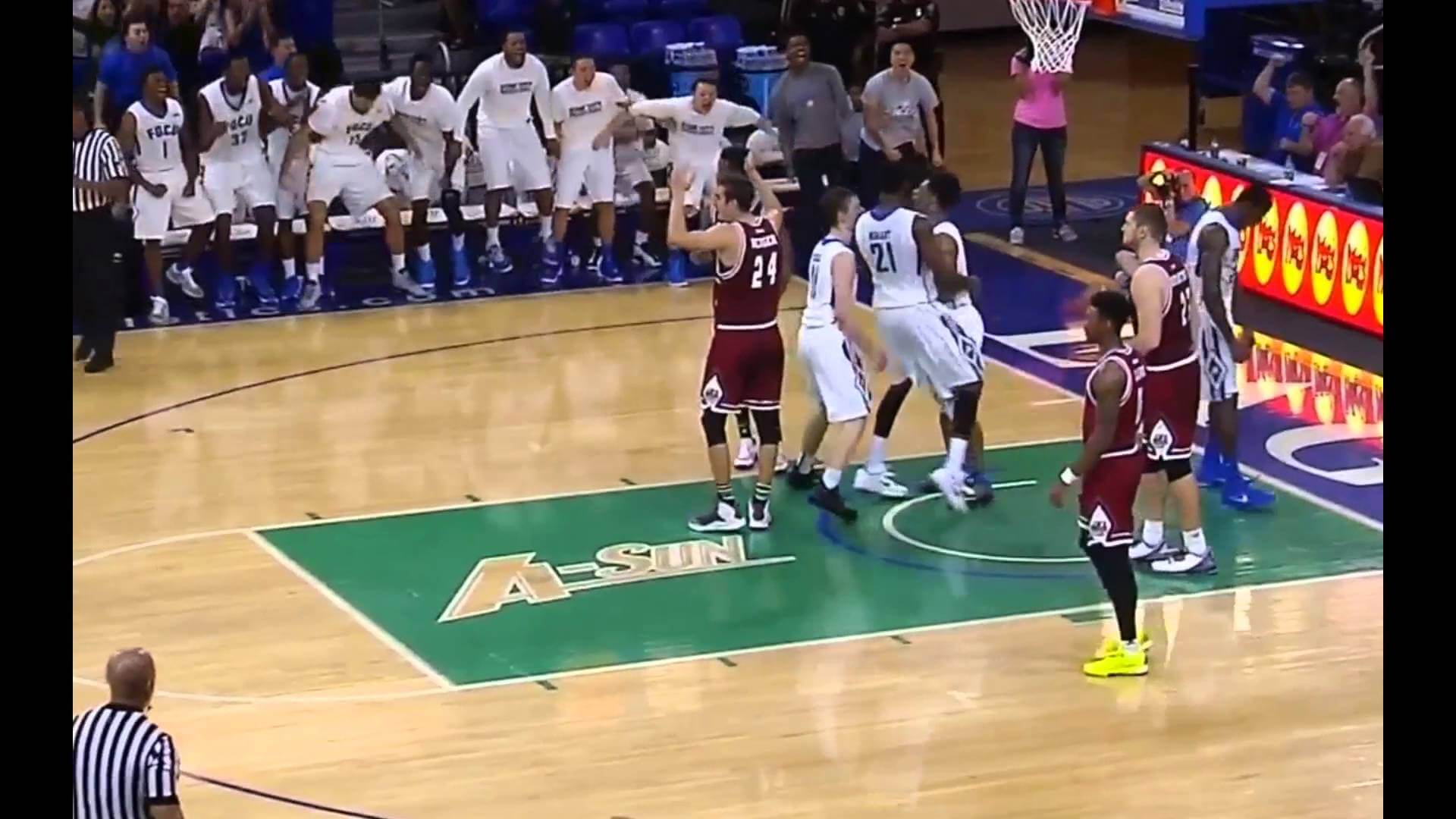 With 10 seconds left in the game and the FGCU men’s basketball team down 76-74 against UMass, FGCU freshman Rayjon Tucker wouldn’t let the Minutemen come away with a win in Alico Arena.

FGCU ended the weekend with a home win against the UMass Minutemen on Sunday.

On one final drive, Tucker hit an and-one layup to tie the game with 10 seconds to go.  He subsequently hit the free throw, which sealed the game, giving FGCU a 77-76 win, the Eagles’ sixth of the season.

It was blow for blow as the lead kept interchanging between the two schools.

FGCU’s Demetris Morant earned the game’s opening bucket to launch the Eagles’ offense with a 10-2 lead in the first five minutes. This later changed when FGCU’s Julian DeBose couldn’t produce as he would’ve hoped in the beginning. DeBose was unable to perform at certain level of play due to a hurt ankle, lacking elevation in his shots.

The Eagles’ offense went stagnant, as UMass switched to a full-court press for the rest of the first half, which resulted in 16 turnovers over the course of the game. The UMass guards had a handful of plays to get the open jump shots. They specifically exposed the corner where multiple threes were made in the FGCU defenders faces. It was all UMass toward the end of the first half. Its fluid transition offense helped close the gap.

FGCU made two of its last 10 shots at the four-minute mark. However, in an entertaining five minutes, FGCU found a way to climb back on top and escape into halftime up by five.

In the first half, FGCU’s Marc-Eddy Norelia contributed 18 points and seven rebounds. And, despite only converting two points in the second half, Norelia led the court with 20 points.

In the second half, the Minutemen took advantage of FGCU’s defense on multiple occasions. UMass took its first lead of the game 14 minutes into the half; however, it was with several guards who were in foul trouble.

A late run helped the Eagles take a five-point lead, but they were quickly separated by four. On one occasion, the Minutemen were able to pull off an inbounds alley-oop on a player who was supposed to be guarded by FGCU’s Christian Terrell. It was plays like this that put FGCU in the hole.

Toward the end, it was Rayjon Tucker who scored 15 points and seven rebounds, helping give FGCU the final push to surmount the deficit.

“It was just one of those days where everything is going the right way,” Tucker said.

FGCU’s Christian Terrell had 14 points and six rebounds.  Terrell, along with Tucker and Norelia, helped anchor Sunday afternoon’s dramatic win for the Eagles.

“He’s a hell of a player, he’s a multi-talented player,” Tucker said.

FGCU will be back in Alico Arena at 5 p.m. Saturday against South Dakota State.