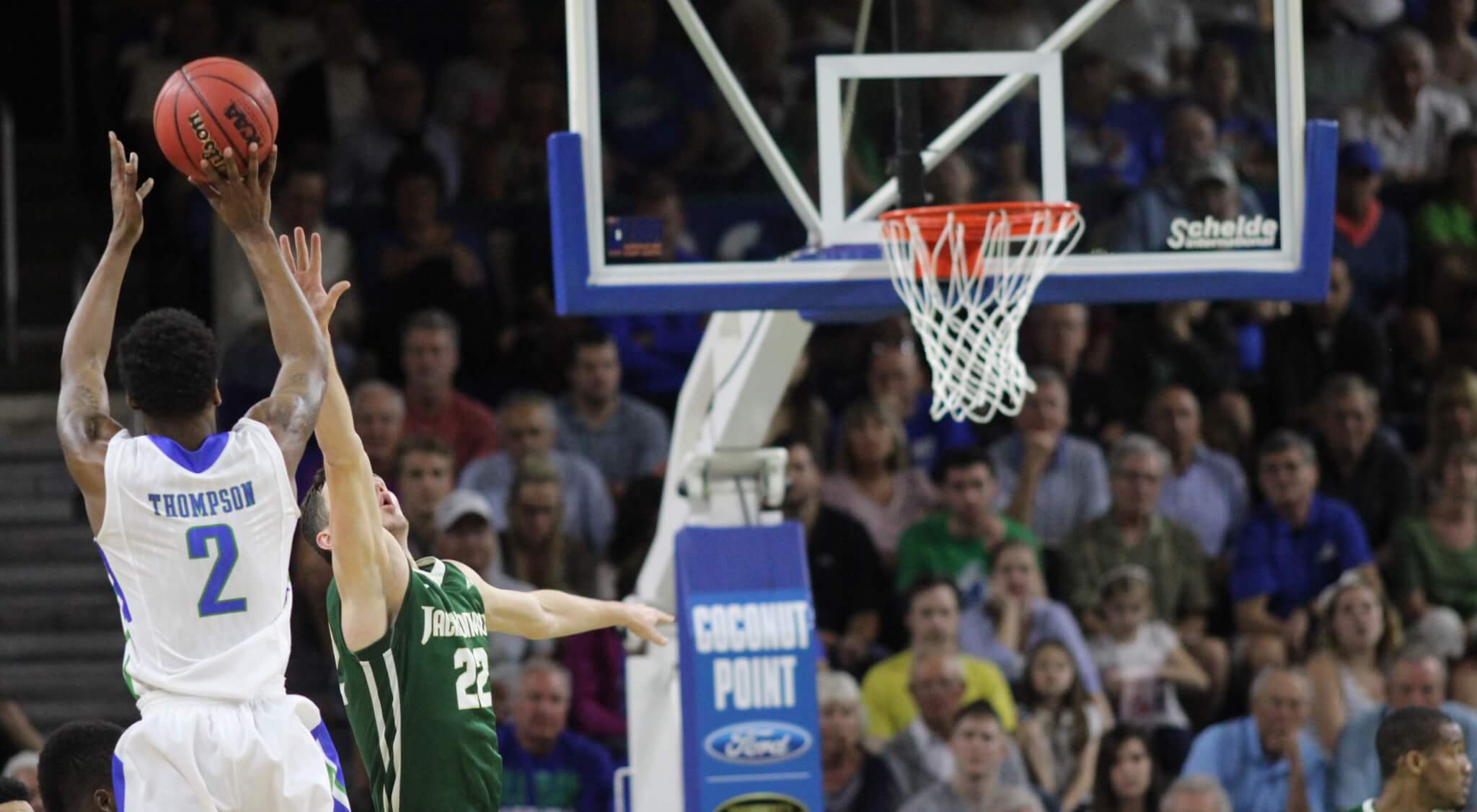 Senior Brett omer points up to the scoreboard as he exits the game with two minutes left. (EN Photo / Kelli Krebs)

Behind four players in double-digit scoring, and three double-doubles, the Florida Gulf Coast University (22-9, 12-3) men’s basketball team defeated Jacksonville 81-63 in front of 3,567 at Alico Arena in the Atlantic Sun quarterfinals.

“I think one thing that we did better, especially early, was not settling for all three’s,” FGCU head coach Joe Dooley said. “We did a good job getting to the paint. Once we got into rhythm in the second half I think we did a good job of turning stops into transition points.”

FGCU built a 66-56 lead with 7:10 left in the game but Jacksonville got it to a six point game with 5:57 left when FGCU went on a 15-3 run to end the game. During that run, Jacksonville was scoreless for just under four minutes.

“We have to play so hard to just try and shrink that gap,” Jasick said. “When you have perimeter shooters, that can be the result. It’s difficult as a coach to watch because you feel like your guys are giving everything they got and you feel like you’re getting good looks and they’re not falling, that’s just part of the game.”

With the win FGCU advances to the semi-finals where they will matchup against the three-seed USC Upstate. The Eagles are 2-0 against Upstate this year with their last meeting resulting in an 86-72 victory at home.

“Since it is the tournament I’m expecting everyone to give their best punch,” senior Brett Comer said. “They’re going to come out with everything they’ve got and we need to do the same. Like coach said Ty Greene is a great scorer and we have to contain him. We just have to come to play.”

FGCU hosts Upstate Thursday at 7 p.m. with the winner most likely going against one-seed UNF in the A-Sun championship on Sunday.