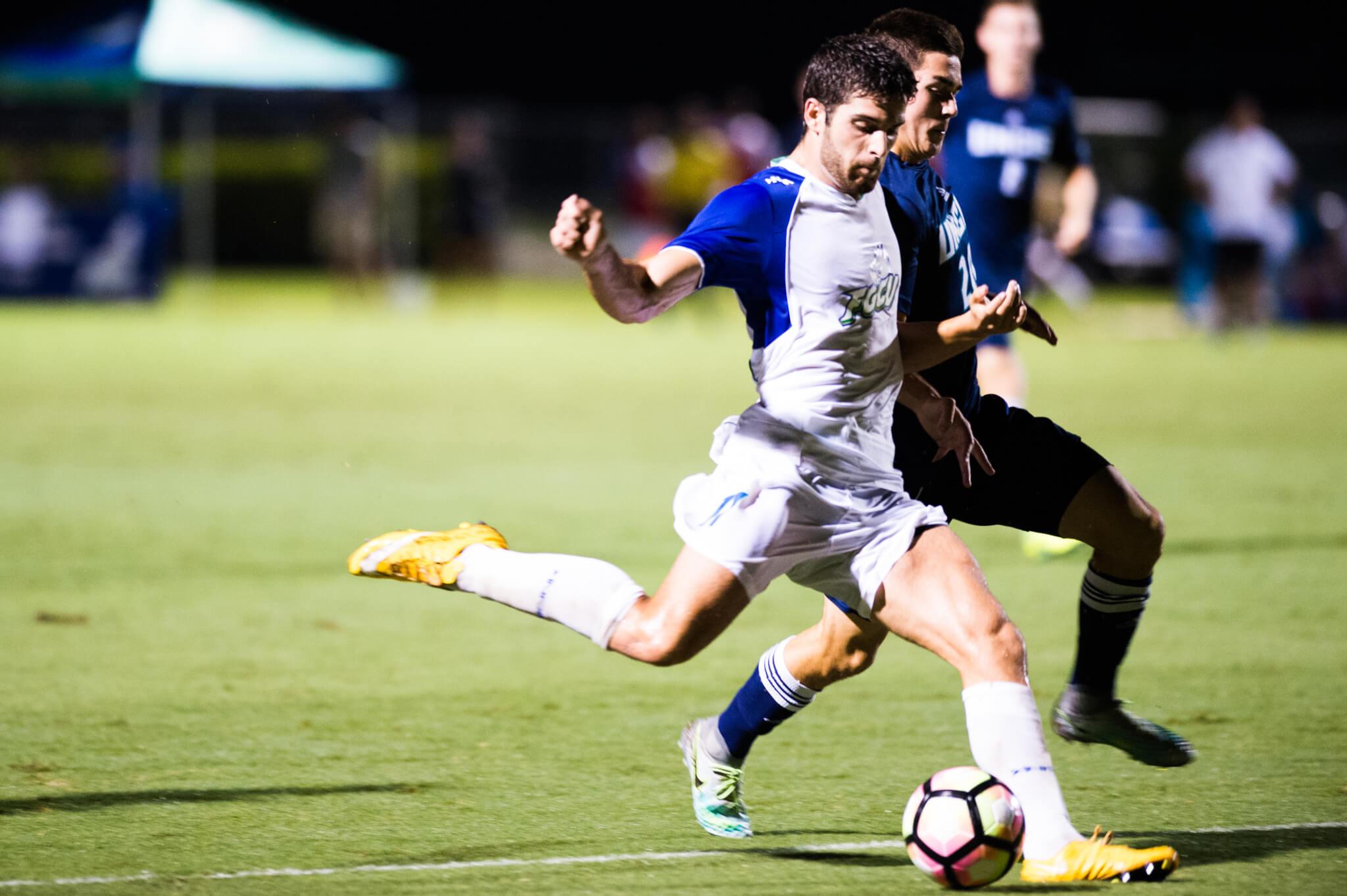 The Seahawks came into this matchup with a perfect 4-0 record, being one of six teams in the NCAA without a loss or a tie, while FGCU came in with a record of 3-2-1. The Eagles ended the Seahawks’ win streak behind Albert Ruiz’s hat-trick, with a 5-0 victory.

“I’m really happy for Albert – it couldn’t happen to a better guy,” FGCU Head coach, Bob Butehorn said. “He works really hard and gives everything he has each game. He’s not a guy that is flashy; he just finishes the chances that he gets.”

Upon arrival to the game, all of the FGCU players wore shirts commemorating their teammate who had broken his foot on Wednesday against UCF. The shirts read “ANIMO THOMAS,” meaning “Cheer up Thomas.”

The Eagles opened the scoring with a pass from Albert Ruiz to Jiro Barriga Toyama, who calmly recieved Ruiz’s pass with a one-time finish from 22 yards out to give the Eagles a 1-0 lead.

After creating a chance, Ruiz would get one of his own after a throw-in from Preston Kilwien. Ruiz made quick work of UNCW’s goalie, beating him near post to make it 2-0 to FGCU.

Up 2-0 in the 41st minute, the FGCU goalkeeper, Sawyer Jackman, sent a ball from the top of the box right to Ruiz’s feet, who made no mistake with his chance and once again beat UNCW’s keeper near post to make it 3-0.

Behind two goals and an assist by Ruiz, the Eagles entered the half up 3-0 against UNCW.

The second half started with Justin Gavin’s run past the UNCW left back before picking out a pass to Ruiz for his hat-trick of the game, marking Gavin’s second assist on the season and the second hat-trick in program history.

In the 70th minute, with rain was pouring down in sheets, the Eagles earned a free kick from about 40 yards out. Directly in front of his bench, Dennis Zapata stepped up to the ball, bending it into the top left-hand corner to give the Eagles a 4-0 lead.

The Eagles will now turn their attention to their last non-conference home game, as FGCU brings its four-game win streak into their Tuesday night matchup against FAU.

“If we don’t win our next match against FAU, this win means nothing.” Ruiz said.