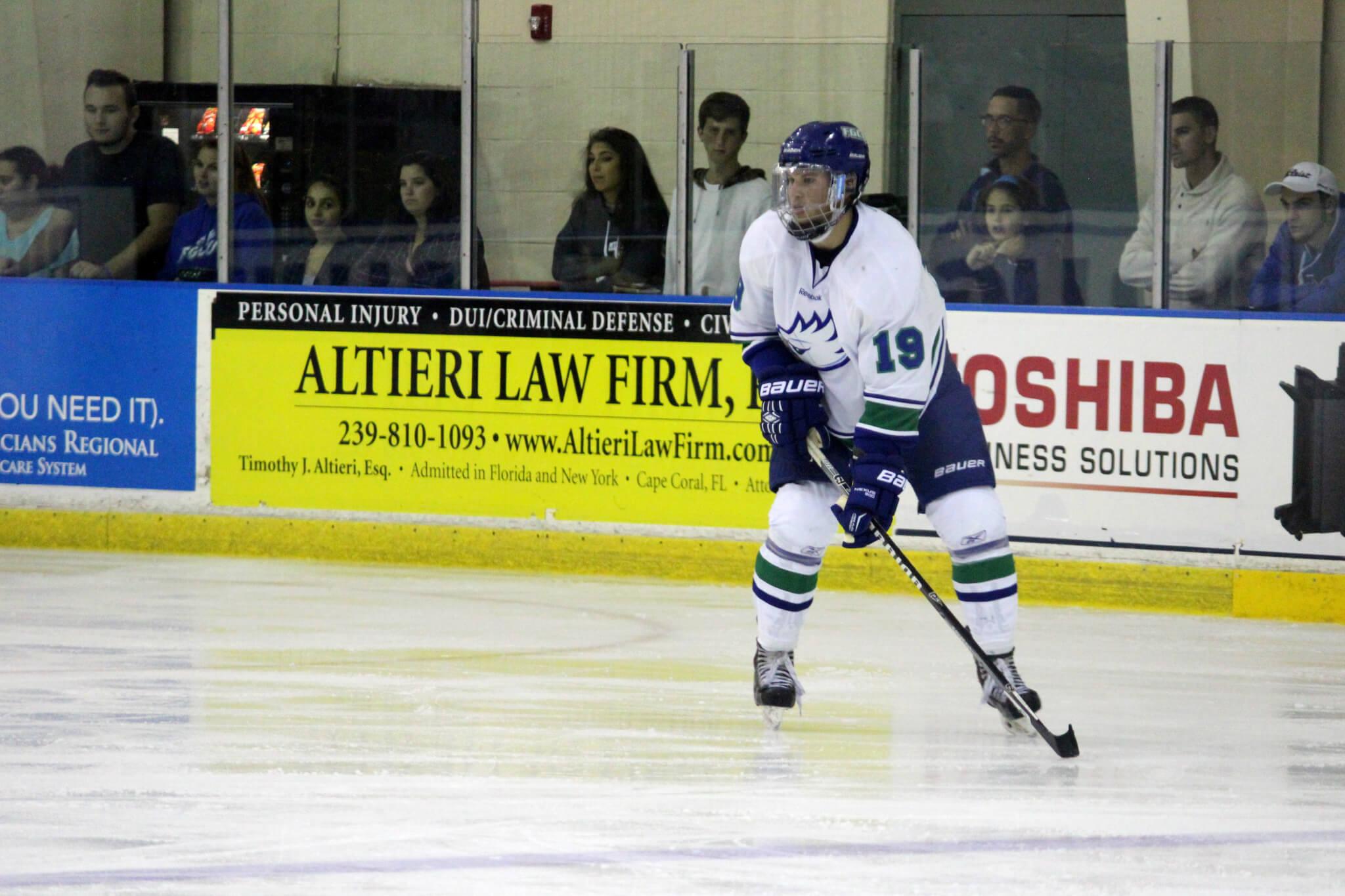 In the second game of a back-to-back series against Merrimack College, the FGCU DII men’s hockey team held down the Nest with a 7-0 victory Saturday night.

The Eagles soared in this one with at least two goals each period, including a three-goal third period to finish up the night.

Offense wasn’t the only thing working for the Eagles, as goalie Bradley Rambhajan picked up a shutout in his first game of the year.

FGCU took no time at all to start the scoring just 2:03 into the first period with Nathan Pelligra picking up right where he left off Friday, scoring the opening goal to give the Eagles a 1-0 lead. With 3:05 left in the first, assistant captain Michael Chemello received a pass from David Wong right in front of an open net, and just like that, it was 2-0 heading into the first intermission.

The Eagles started off the second period on the penalty kill and, after a strong kill, were even strength for a minute before taking another penalty. On the penalty kill, Rambhajan had a flurry of saves that soon after led to a shorthanded goal by speedy forward Josh Koerner, extending the Eagles’ lead to 3-0. Michael Chemello would add another goal on a wraparound before the intermission, making it 4-0.

“It definitely gives us a boost scoring on the PK,” Chemello said. “But, right now, we’re taking too many penalties, and we have to stay out of the box going forward.”

Emotions ran high for Merrimack at the end of the period, as one of the Warriors broke his stick in frustration before heading off.

FGCU continued the offensive clinic, tallying another three goals in a penalty-ridden third period for Merrimack. The best chance for Merrimack came with 13:30 left in the second when the Warriors rang a shot off the post and a scrambling Rambhajan covered up the puck before it could cross the goal line. Merrimack couldn’t sneak one by Rambhajan, as he stood tall in his first shutout of the season.

The Eagles face Holy Cross at 8:30 p.m. this coming Friday and Saturday at Germain Arena.

“We have to stick to our strengths, like using our speed and moving the puck,” Chemello said. “When we do that, we are dangerous up front.”