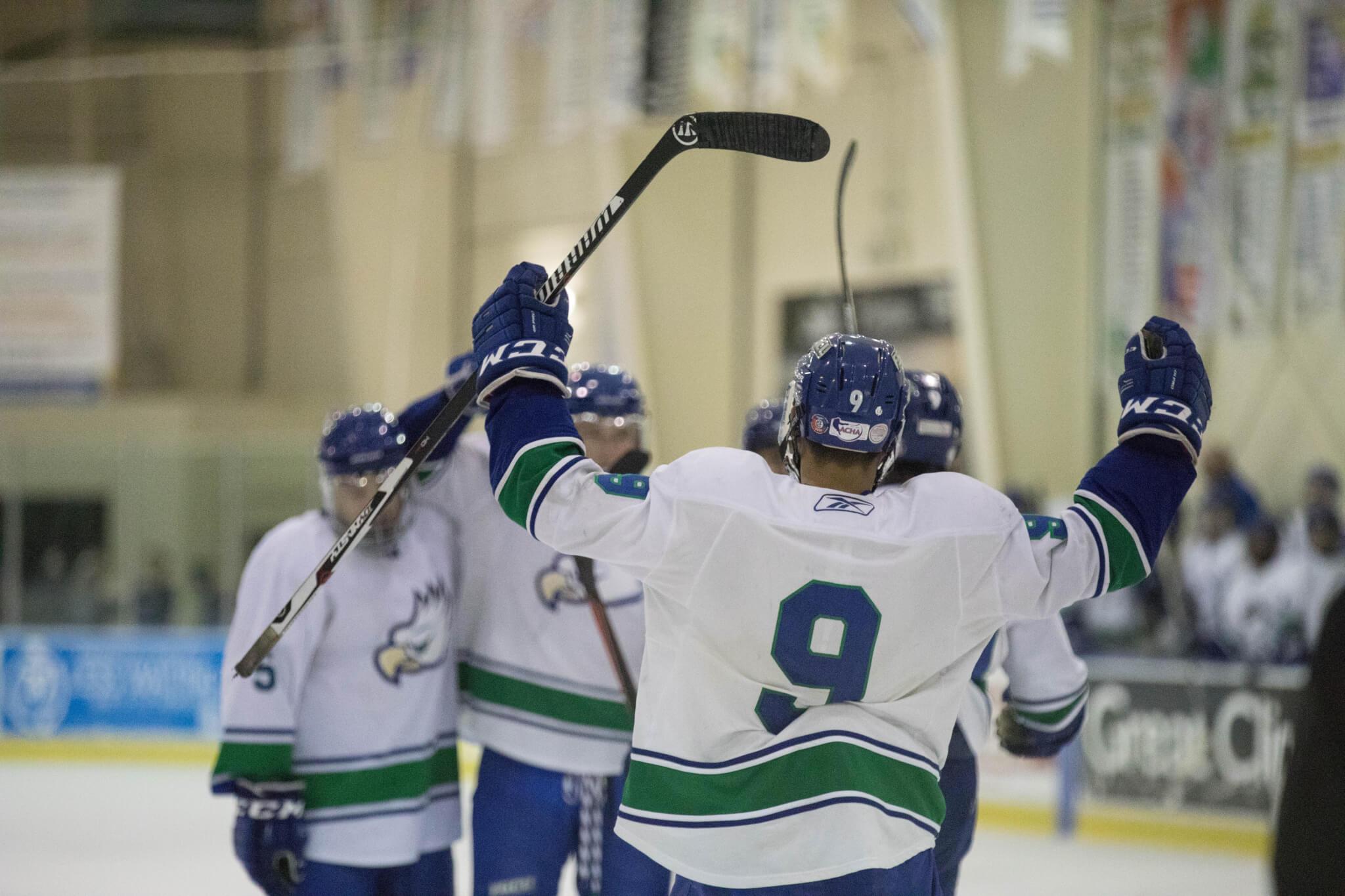 The FGCU DII men’s hockey team finished up the regular season against UMASS Amherst on Friday, picking up a 5-1 win on Friday night, and a 2-2 tie on Saturday.

Three players surpassed the fifty point mark over the course of the season: Josh Koerner (32 G 31A), Mike Chemello (18G 34A) and Jordan Klotz (27G 25A). Both Nathan Pelligra (14G 34A) and David Wong (24G 20A) passed the forty point mark for the Eagles. Both Tyler Tracy and Bradley Rambhajan collected ten or more wins during the regular season while averaging under two goals allowed a game.

Friday night, the Eagles were able to cruise to a 5-1 victory thanks to a well-balanced offense that had five different players netting a goal. The Eagles surrendered their one goal on the penalty kill, which has given them trouble as of late. Tyler Tracy held down the nest for the Eagles, turning away 41 of 42 shots on net in one of his best performances on the season.

The following night the Eagles were unable to win their first game at home all season; tying with UMASS Amherst 2-2. Bradley Rambhajan got the start and was able to stand in the way of 32 of the 34 shots fired his way.

UMASS Amherst goalie, Ryan Lacroix, was able to do something no goalie has done at home yet this season: stop their potent offense, as he denied 57 of the 59 shots amassed toward him. Captain Logan Garst and Trevor Mullaly were the only ones to solve the goaltending puzzle of Lacroix.

The Eagles were unable to finish their season at home with a perfect record, with the game ending in a tie after overtime.

The Eagles have one week off before going the following weekend to Southeast Regionals as they look to continue on their path to repeating their 2015-16 National Championship.