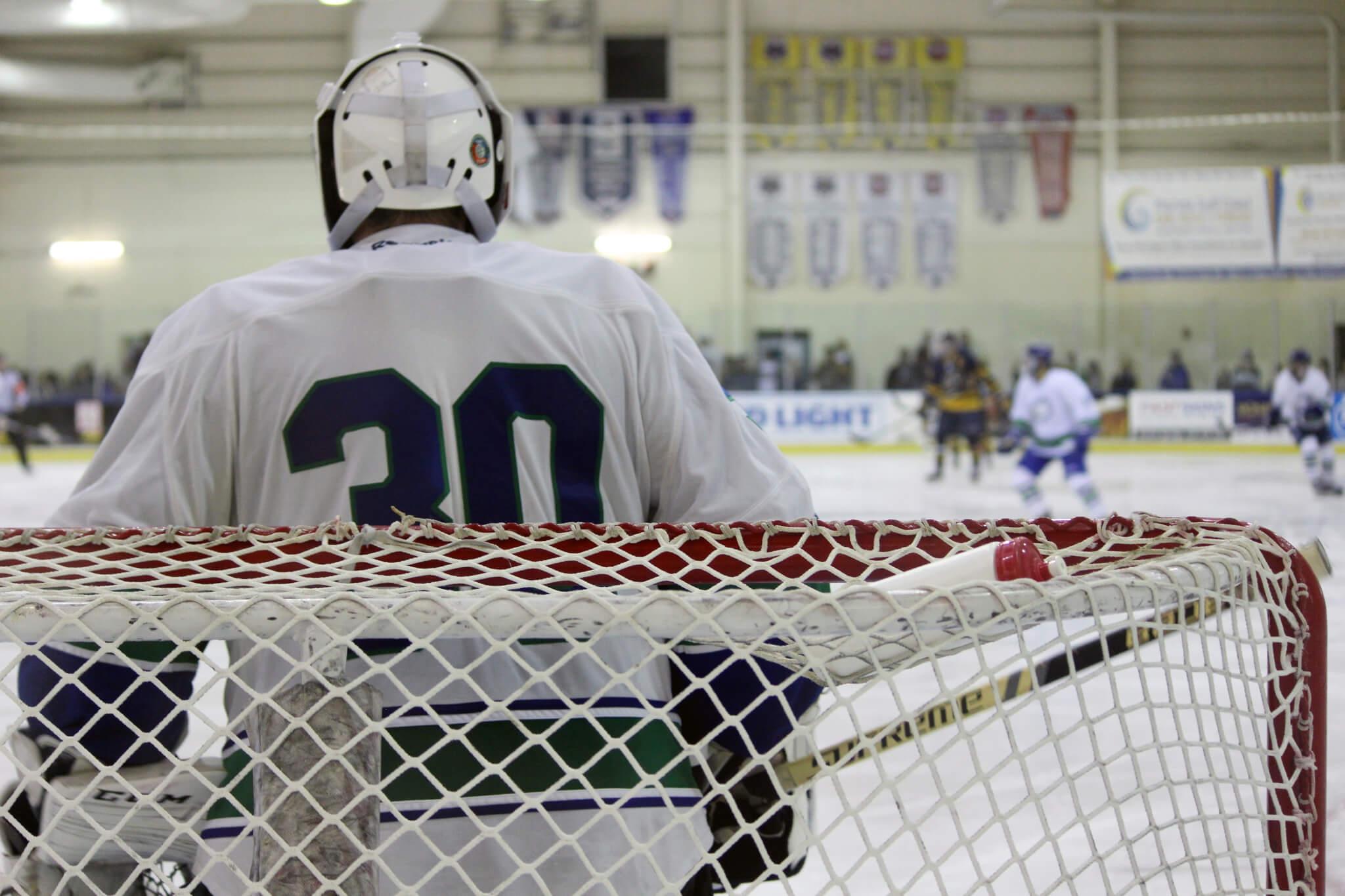 Coming into the game, the Eagles had won their last four games, never scoring less than seven goals. The Red Dragons came into the game with a 3-2-1 record.

FGCU’s Bradley Rambhajan picked up his second shutout on the year and third win.

“There’s a lot of communication and shot blocking on defense right now,” Rambhajan said. “And, on the shots that do get through, they’re able to give me a clear lane to see, so it’s a lot easier on me.”

If you didn’t know any better, you may have thought you were at a gun range with all the shots by the Eagles; they registered 72 shots on net in this high-scoring bout.

Early on, the Red Dragons were applying a forecheck the Eagles weren’t accustomed to seeing through the first four games. The Eagles were able to keep the puck moving and got their first goal on the board at 15:40 when Nathan Pelligra was able to get in on a two-on-one pass over to David Wong, who slid it past the Red Dragons’ goaltender.

The Eagles were able to get on the board once more before the intermission, as Michael Chemello toe dragged around a Red Dragon defender at the point and then wristed it top shelf.

The Eagles were able to net another two goals in a hard-hitting second period.

Trevor Mullaly put the Eagles up three when the Red Dragons goalie whiffed on a clear behind his net, setting Mullaly up for an uncontested wraparound. The Eagles weren’t finished yet, as Eduardo Leon got on a fast break with Jordan Klotz, who set him up for practically an empty net — making the score 4-0 headed into the second intermission.

The third period wasn’t lacking in scoring for the Eagles, as they exploded for four goals. The scoring began at 11:11 with anther wraparound but, this time, from Leonard.

That would also be the end of the night for Eagles’ goalie Rambhajan, as Adolf Brink took the crease for the rest of the night.

Chemello would add another even strength and power play goal, giving him a hat trick on the night. This would be the third straight game with an Eagles hat trick.

Mark Arnone finished off the scoring for the Eagles, scoring his first of the season on a sneaky five-hole shot.

The Eagles are back in action at 8:30 p.m. Saturday when they finish up their back-to-back, cross-division series against the DI SUNY Cortland Red Dragons.