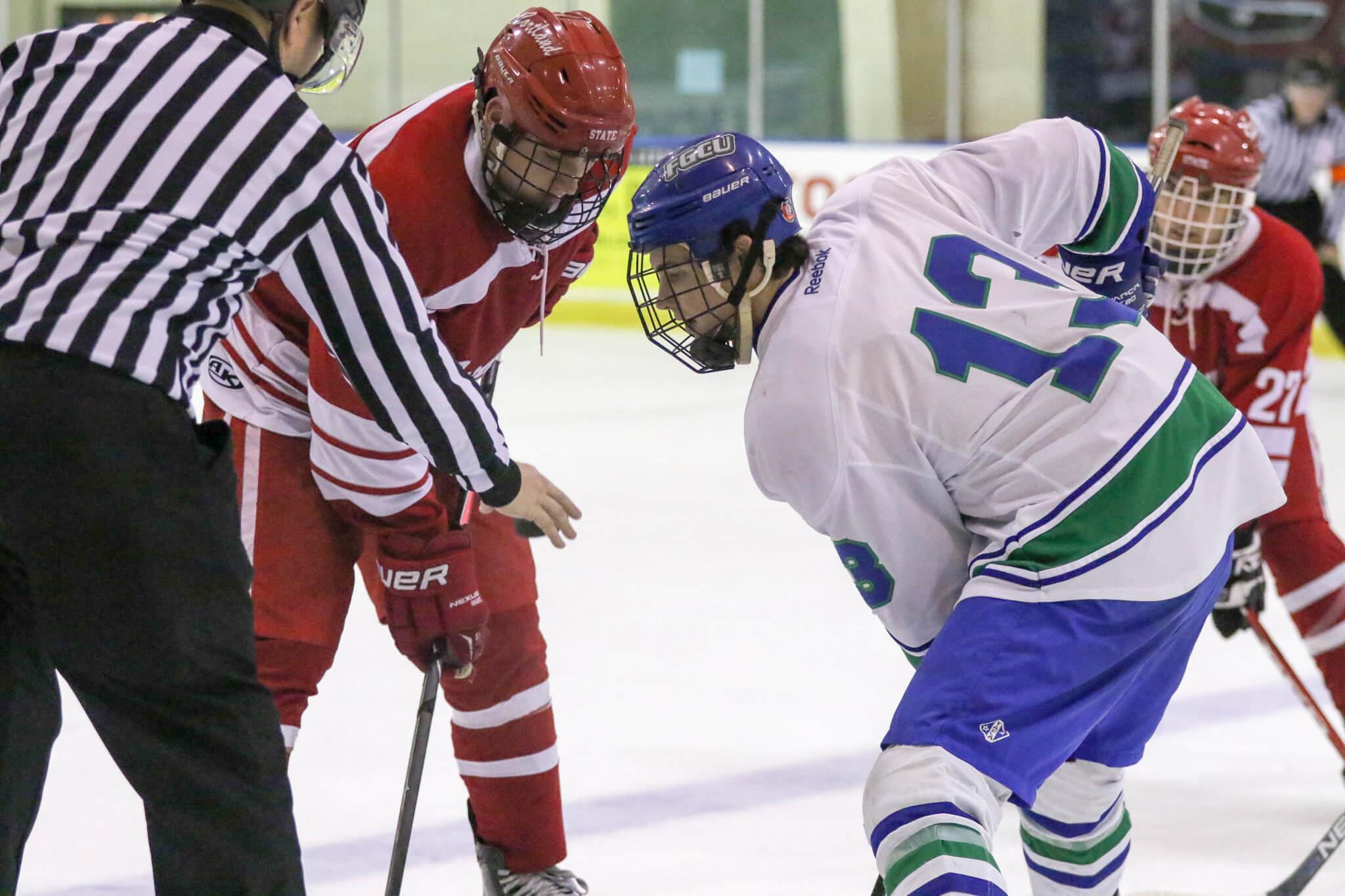 The Eagles have been near perfect in the first half of their season, boasting a 15-0-2 record, and coming out on top in every home game so far this season.

At home, the Eagles have maintained an average of 6.73 goals a game. While their goaltending has been just as good with the tandem of Bradley Rambhajan and Tyler Tracy allowing a mere 1.33 goals per game on home ice.

The Eagles’ penalty kill has scored 14 times while shorthanded, led by eight shorthanded tallies by Josh Koerner. They have also put up 10 goals on the limited amount of times they have been on the power play, led by Mike Chemello with five of those goals.

The Eagles have been an offensive dynamo this season, with Koerner already at the forty point mark (23G 17A).

Three other players have over thirty points: Chemello (14G 20A), Jordan Klotz (18G 16A) and David Wong (15G 16A). Despite missing two games due to injury, Nate Pelligra is right there reaching for the thirty point mark with 27 points (9G 18A). Eduardo Leon has also eclipsed 20 points this season with 22 points (6G 16A).

As the second half of the season continues, the Eagles don’t take on a single DII team with a current losing record.

This is the Eagles last home matchup of January as they go on the road for only the second time this season to head to a tournament in Oxford, Ohio.

While in Ohio, the Eagles take on arguably some of the best teams so far this season in three games in three days.

On the final day of the trip, the Eagles face their best opponent of the season thus far, Lindenwood University-Belleville(13-5-1), who was ranked  No. 1 in the Central Division, above a Davenport University team which the Eagles struggled against early on in the season while on the road.

After returning from the road trip, the Eagles will have a six-game home stand.

They return to take on DI opponent, Towson University (9-10-1), before facing off next week against the team which they tied with on the road earlier in the season, Davenport University (12-7-2). The Eagles wrap up their regular season at home against UMass-Amherst (10-8-2) on Feb. 10 and Feb. 11.

The Eagles then have one week off before they head to Lynchburg, Virginia for three days of Southeast Regionals from Feb. 24 to Feb. 26.

If all goes well, the Eagles have a shot at repeating their DII National Championship in Columbus, Ohio, the week of March 14 to March 19.