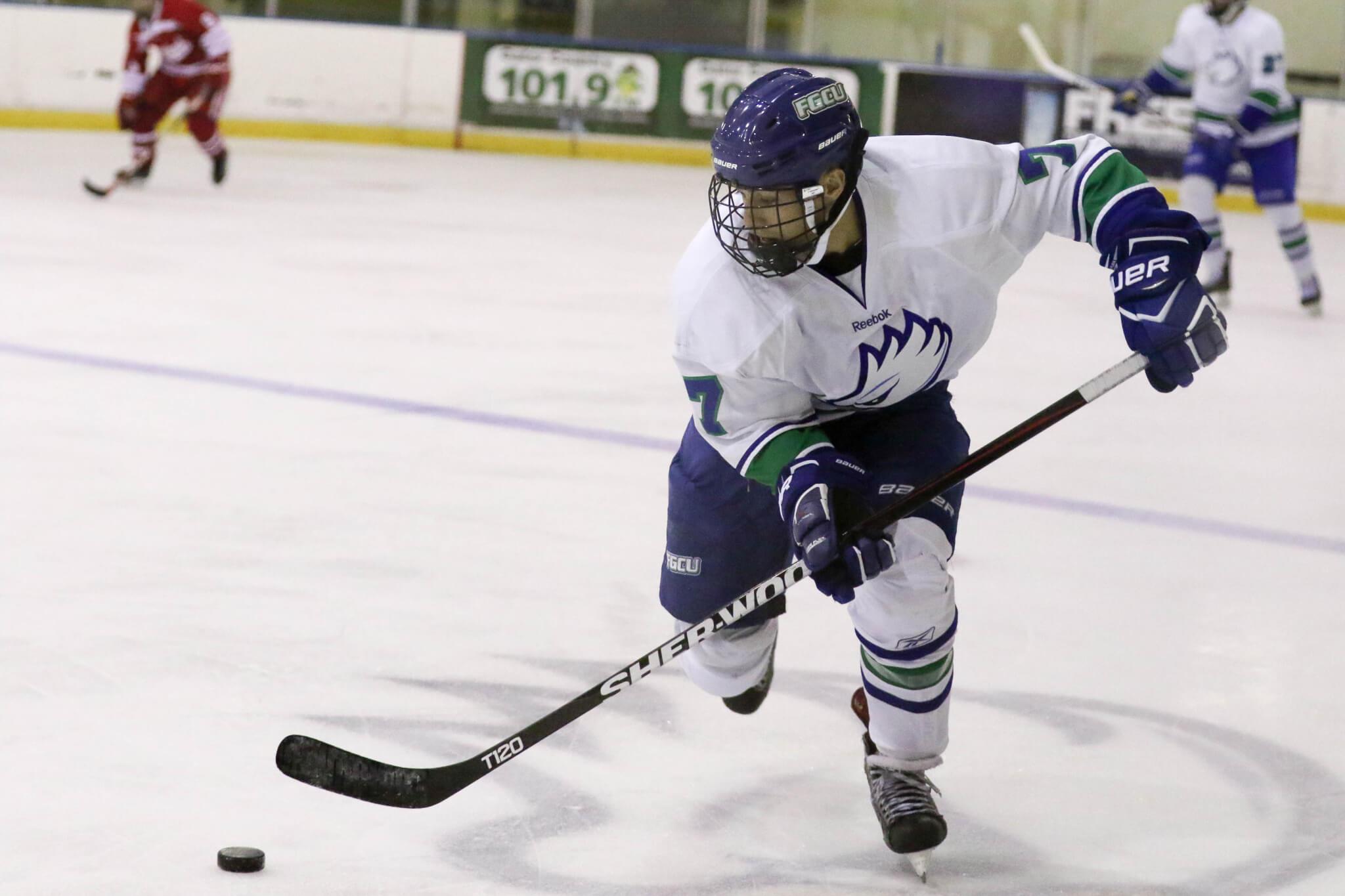 The defending ACHA Champion FGCU DII men’s hockey team is undefeated through six games played this season, and it’s not gone unnoticed. The Eagles were ranked No. 1 in the southeast region in the first DII ACHA poll.

The Eagles were given a rating of 90.44 out of 100 by the ACHA. The only team that ranked better out of four regions was Davenport University, in the central division, with a 90.63 rating.

The Eagles have a potent offense, scoring an average of 9.3 goals a game. Their offense is evenly distributed throughout their lineup with Michael Chemello, David Wong, Nathan Pelligra, Jordan Klotz and Josh Koerner having been the fuel to the Eagles’ offense through six games.

The Eagles’ defense and goaltending have been stellar as well, allowing only six goals through their first six games.

Bradley Rambhajan has started off the season with two shutouts in his four wins. Tyler Tracy has also collected two wins with a 1.00 goals against average.

None of this would be possible without the strong defensive play led by captain Logan Garst. The Eagles’ defense not only shuts down the defensive zone but also provides great offensive play by feeding the speedy Eagles forwards in the neutral zone as well as playing a nice cycle game in the offensive zone.

With last years’ coach of the year, Bob Brinkworth, still behind the bench, great things are expected of the Eagles this season.

Next up, the Eagles take on Miami of Ohio, the No. 3 ranked team in the southeast division, at 8:30 p.m. Friday and Saturday.