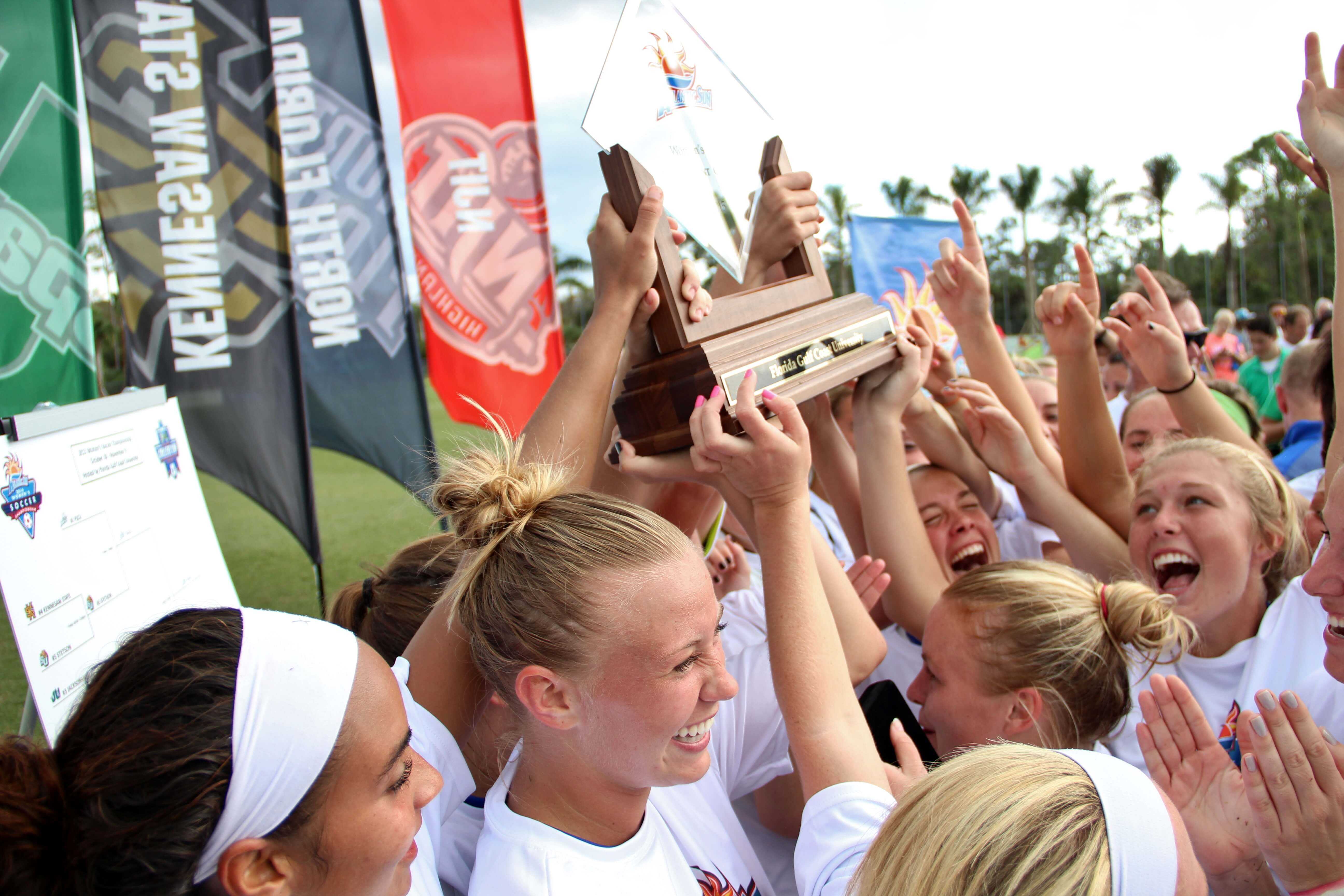 The FGCU women’s soccer team is headed to the NCAA tournament. Again.

FGCU earned its fourth Atlantic Sun Conference Championship and, in turn, an automatic bid to the NCAA tournament, with a 5-0 shutout over No. 2 Lipscomb on Sunday, Nov. 8.

“I’m very proud of our girls and relieved because I wasn’t ready for this to be my last game today,” said senior Ally Kasun. “I’m very happy, but we’re not done yet. We’re going to celebrate today and get back to work for next week.”

The Eagles outlasted and outplayed the Lipscomb Bisons in unusually hot, 90 degree November weather and outshot them, 23-6.

“We’re used to it,” Kasun said about the weather. “Before the game, we talked about using the heat to our advantage and keeping the ball to tire them out because we know how hard this heat can be.”

In the 32nd minute, A-Sun Player of the Year Tabby Tindell scored the first goal of the game with a header in the box off of a corner kick from Ali Rogers. The goal is Tindell’s 17th of the season.

Ten minutes later, FGCU freshman Nikki Hudson widened the Eagles’ lead with her fifth goal of the season, taking a pass from Darien Davis to push FGCU to a 2-0 lead.

Opening the second half, it didn’t take long for Paulina Speckmaier to extend the Eagles’ lead even further, taking a successful shot at goal in the 49th minute off of a pass from Tindell.

With an automatic bid to the NCAA tournament, FGCU will learn who it will be facing during the NCAA Selection Show — a watch party for which will begin 4 p.m. Monday, Nov. 9, in the Alico Arena Hospitality Suite.

“I think it’s going to take more heart than anything,” Brown said. “We’re going to put in work this week, but at the end of the day, it’s how bad you want it.”