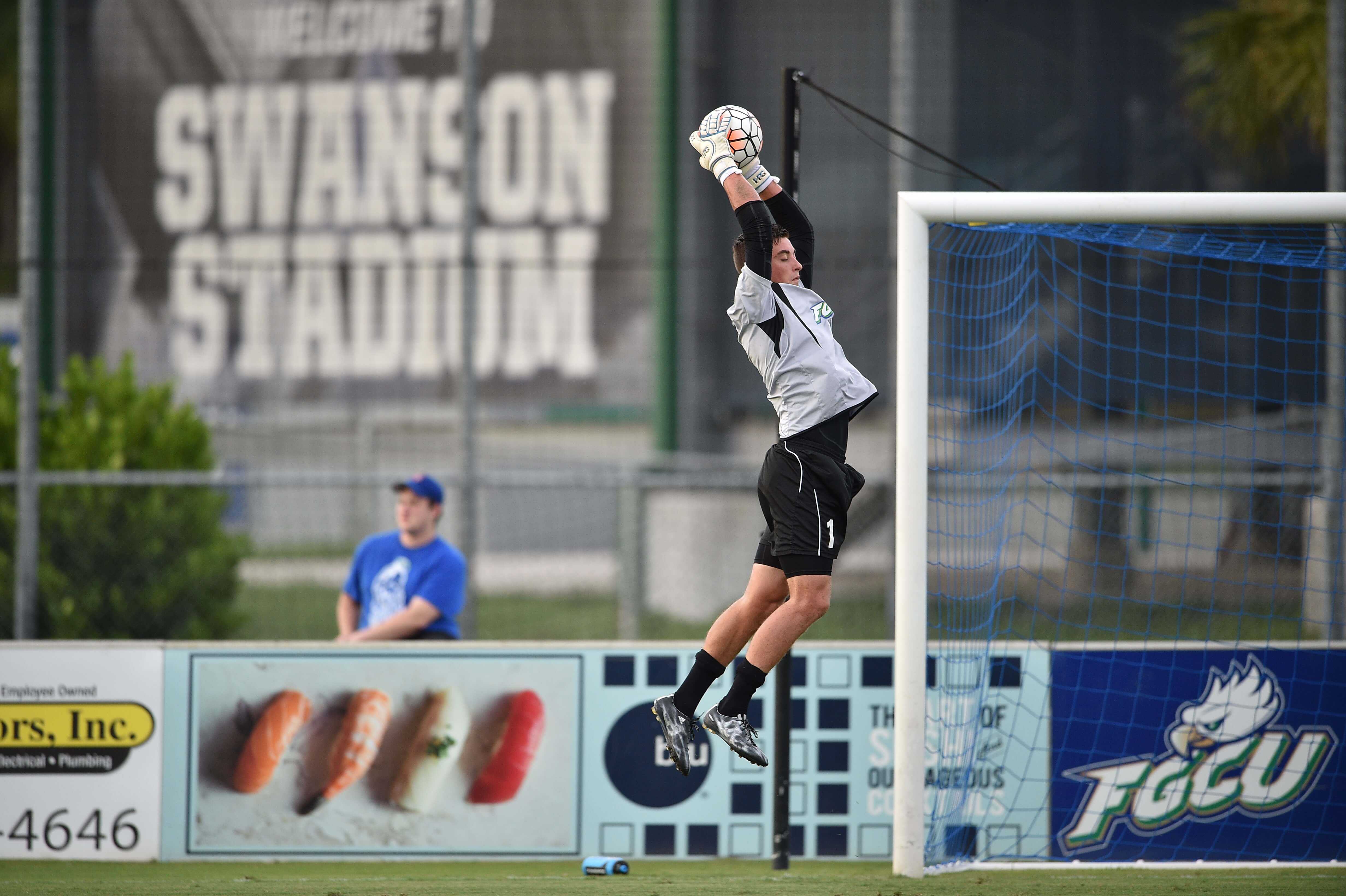 FGCU goalkeeper Nathan Ingham leaps for a save prior to a home game during the 2015 season. (Photo by Rick De Palva)

During his time at FGCU, he played a huge role in his team’s success. The native Canadian was the Atlantic Sun conference Goalkeeper of the Year in 2015 and currently holds the all-time record for conference clean sheets at 26.

In the summer of 2015, Ingham played professional and won the PDL championship, where he was also named the tournament MVP. As a collegiate freshman, he held the second best goals against average in the conference, holding teams to 1.1 goals per game. He also maintained a .769 save percentage during his freshman year.

In Ingham’s sophomore year as an Eagle he played in every game and earned a .737 save percentage and had nine shutouts.

Ingham was injured during his third year and utilized his redshirt but came back even stronger the following season. He returned from his injury to dominate the conference and earn the following honors in his junior year of eligibility: A-Sun All-Conference First Team,  A-Sun All-Tournament Team, A-Sun Tournament MVP and A-Sun Defensive Player of the Week twice.

In his final season with FGCU, after playing professionally with an Ontario based team and winning the PDL championship, he continued to dominate the conference and led the team into the NCAA tournament. Ingham was titled A-Sun Goalkeeper of the Year and named to the NSCAA All-Southeast Third Team.

Ingham is now one of three goalkepers on the FC Edmonton roster. FC Edmonton begins their NASL season in April against Minnesota United FC.