FGCU goes the extra mile for a victory over Quinnipiac 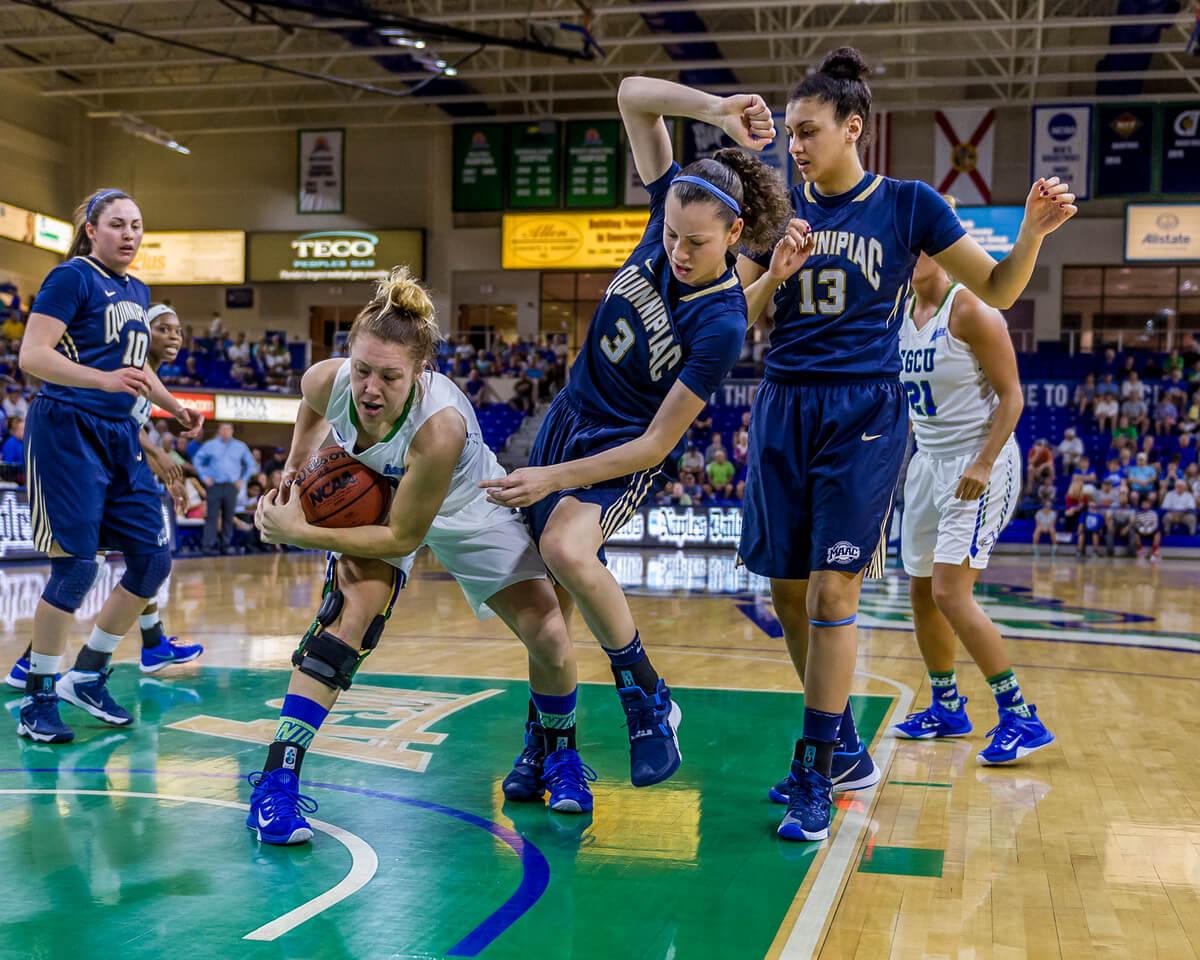 In its first overtime of the season, the FGCU women’s basketball team continued to build depth on the bench. A 71-70 victory over Quinnipiac gave the Eagles a third consecutive win, also adding its tenth win of the season. The Eagles handed Quinnipiac its sixth regular season loss.

The Eagles stepped up early in the game by taking a double-digit lead within minutes. With star player Whitney Knight back on the floor, the team’s chemistry has  improved. The Bobcats were caught off guard, collapsing against the versatile Eagles offense. A 19 point deficit glowed on the scoreboard at the end of the first half, as the Bobcats looked to recollect themselves.

“I thought we started off the game strong,” head coach Karl Smesko said. “We were really pushing the ball and creating plays early with our offense. Fortunately, we got off to a good start because we really struggled to score after the first quarter. They’re a very good defensive team, and they’re very well coached. I like their toughness. For us, it was nice to have some good fortune and be able to make the last play and get out with a win against a good team.”

The Bobcat defense kept the Eagles at 34.9 percent from the field and 33.3 percent from the arc. Knight, officially back on the court after a foot injury kept her on the sidelines for weeks, led the Eagles with 19 points and eight rebounds, followed by DyTiesha Dunson with 14 points.

At the end of regulation play, the teams were tied 59-59. Blow-by-blow play kept the teams close.

Dunson was key in overtime play, nailing a three with 34 seconds left in the overtime period to swing the momentum in the Eagles’ favor. Kaneisha Atwater sealed the Eagles fate with two free throws, solidifying a 71-point final for the Eagles.

A last minute jumper put the Bobcats at 70 game points, but it was still not enough to take the lead.

The Eagles will turn around to host Auburn on Wednesday evening, a tough SEC competitor with nearly the same core players as last year. The Eagles will look to redeem themselves after a 72-96 loss last year to the Tigers.