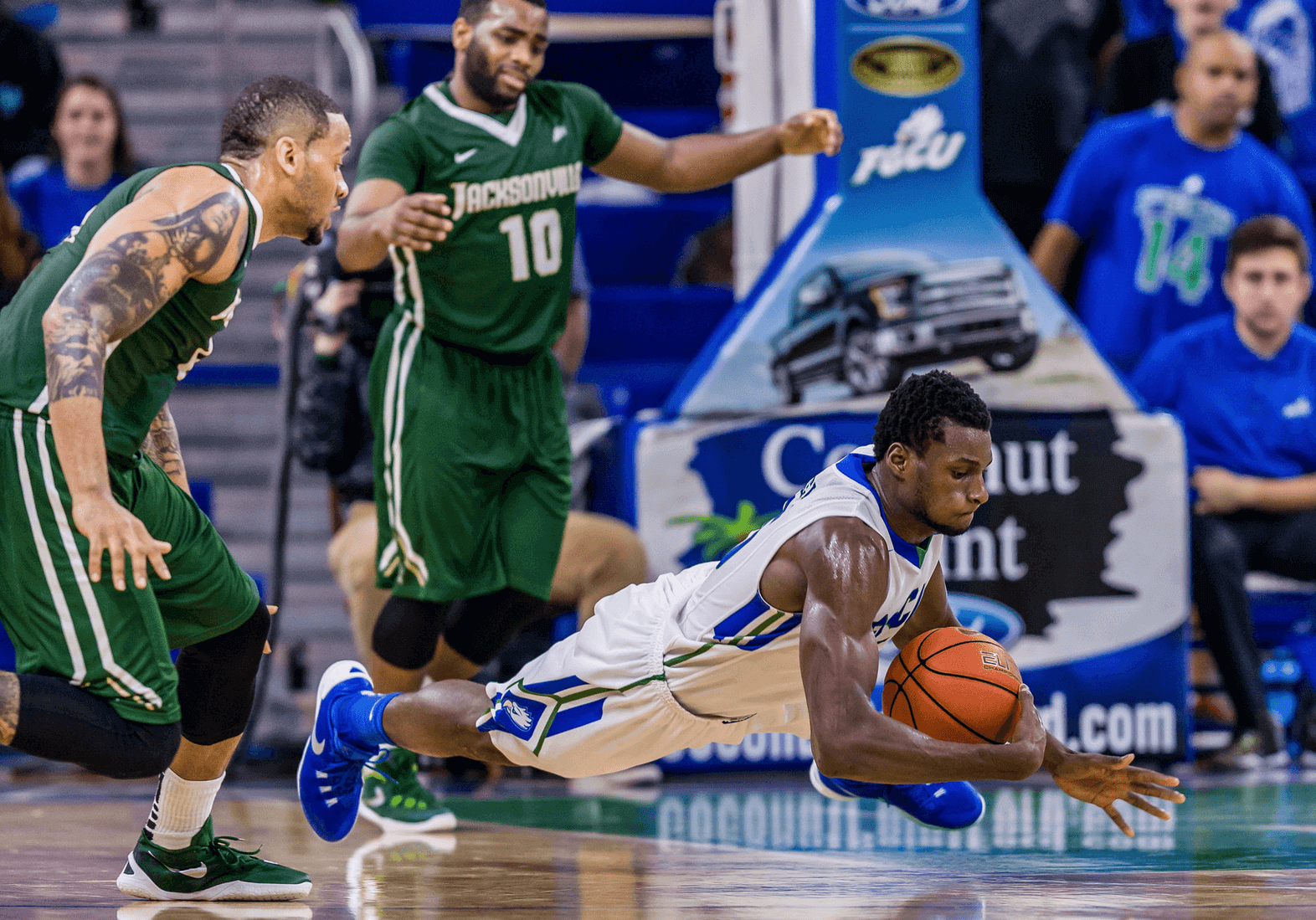 Facing Jacksonville for the second time in six days, the FGCU men’s basketball team fell on the road 83-80 after overcoming a 15-point deficit.

Forward Demetris Morant missed his seventh consecutive game for the Eagles due to a right leg injury.

In a game that got closer and closer in the closing minutes of the contest, the Eagles couldn’t ride big scoring performances by Marc-Eddy Norelia and Zach Johnson to victory.

Leading all-scorers in the contest was Johnson, who poured in 25 points on 9-16 shooting from the field. To go along with his 25 points, Johnson tallied two rebounds, dished out five assists and made four shots from long range.

Norelia, who was the only other Eagle to finish the night in double figures, scored 22 points on 10-13 shooting from the field. Norelia was just three rebounds shy of his ninth double-double of the season, finishing the night with seven rebounds.

In the second half, things got interesting. After being down 15 points to Jacksonville, FGCU sparked a 15-2 run to bring the game within two at 65-67, with 5:55 remaining in the second half. After the Eagles’ run, the Dolphins responded with a 7-0 run of their own to extend their lead to 74-69. With 51 seconds left in the game, the Eagles cut the lead to two at 79-77 after Johnson knocked down a pair of free throws. The following possession, the Eagles would get a much needed stop but would turn the ball over with 5.8 seconds left, forcing them to send Jacksonville to the line. After the Dolphins hit their two free throws, Johnson responded with a quick three to cut the deficit to one 81-80 with 1.3 seconds left. Without any timeouts down the stretch and a pair of free throws made by Jacksonville, the Eagles ran out of time, losing 83-80.

FGCU, who is now 4-4 in Atlantic Sun Conference play, hosts 7-1 conference foe UNF. These two teams met on Jan. 30 where the then conference unbeaten Ospreys earned a narrow 82-76 victory at home over the Eagles. FGCU will look to move to 5-4 in conference play and get a big win against the top team in the conference at 7 p.m. Saturday, Feb. 6 at Alico Arena.