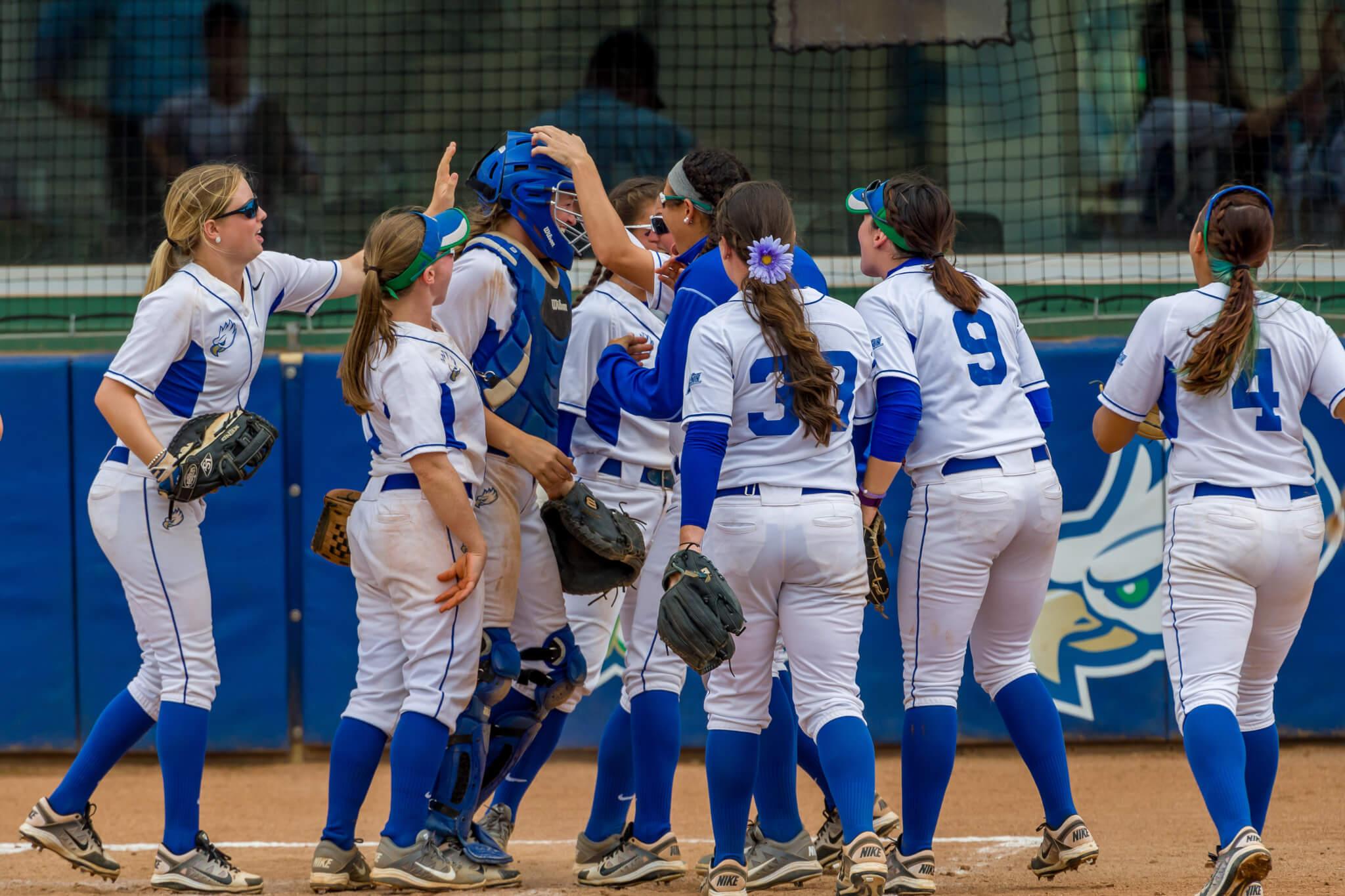 The FGCU softball team lost both games on Wednesday, April 20 in a doubleheader against FAU.

Despite earning eight hits against FAU’s Kylee Hanson in game one, the most she has given up all season, FGCU struggled to push runners across the plate. The Owls got started early in game one, scoring three runs in the second inning off of FGCU pitcher Ashley Dobson. FAU scored again in the third, taking the lead to 4-0.

The Eagles were not able to score until the fourth inning when shortstop Louie Ross hit her second homerun of the season over the left center field fence.

Dobson kept the Owls at bay for the rest of the game, giving the Eagle offense a chance to make a comeback in the remaining innings. Unfortunately, FGCU was only able to produce one more run in the sixth inning. Ross came through again for the Eagles, starting a rally that eventually earned FGCU’s second run of the game. The Eagles failed to keep the rally going, losing to the Owls 4-2.

“I thought we were the better team in the second half of the first game,” FGCU head coach David Deiros told FGCU Athletics. “I thought they took it to us in the first half of the ballgame though. It’s been a disturbing trend that we do a nice job against their best, but against their number two, we don’t do as good of a job. For us to be consistently successful, we need to do a better job of sticking with our plan and our approach.”

FGCU was not able to bounce back from the first loss of the day, taking another loss of 9-1 in game two.

The Eagles were able to score the first run in game two off of a throwing error from FAU’s right fielder, but that is all FGCU could come up with.

The Owls quickly scored four runs in the first inning off of FGCU’s Gabbee Draney. Draney was not able to stop the Owls from getting on base, resulting in a pitching change for FGCU. Taylor Wade entered the game in the second inning but was not able to do any better against the hot bats of FAU, allowing four more runs to score.

Wade held the Owls at an 8-1 lead until the sixth inning, when FAU loaded the bases and scored the run needed to end the game early. The Eagles ended the second game with a final score of 9-1.

The Eagles will play FIU in the final games of their non-conference schedule. The two-day, three-game series will start at 2 p.m. Saturday. FGCU will celebrate Senior Day on Sunday, honoring three graduating seniors before the final game of the series.