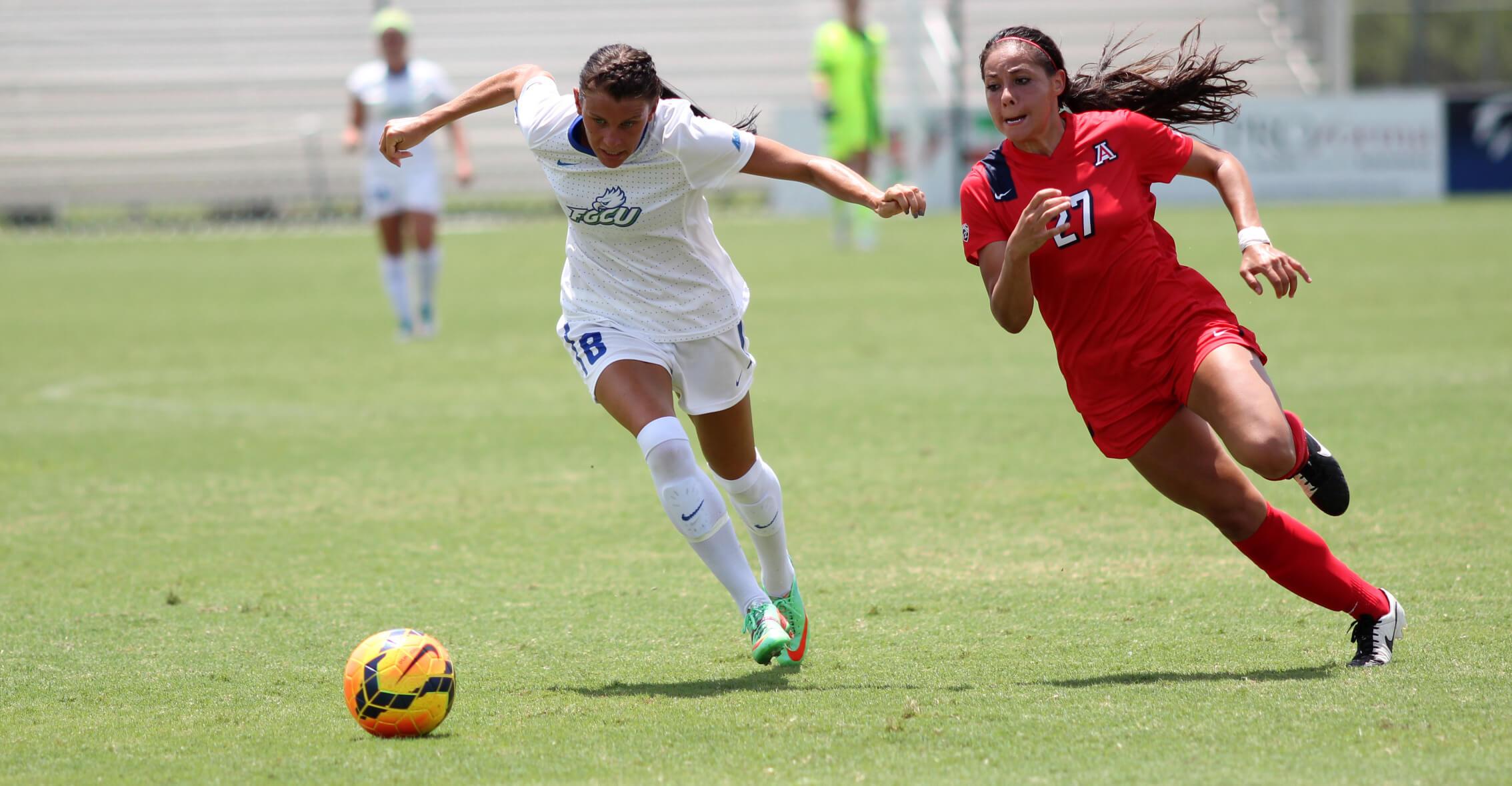 A commanding defender from the backfield, Arnold led the squad to four-straight Atlantic Sun Regular Season Championships, three tournament conference championships and three NCAA tournament appearances in its first four years of eligibility. Arnold appeared in 82 games, starting in 71 of them and ranking second for all-time minutes played.

“Mel was a huge part of our program and it makes the transition that much easier,” Blankenship said. “She was obviously a very good player, but also a captain and a leader on the team. Mel’s someone that, through the recruiting process, I’ve known for a long, long time and someone that I trust. She has so many qualities that matched up with what this program is about and what this university is about.”

“It’s a bittersweet thing,” said FGCU forward Tabby Tindell of Switalski’s departure and Arnold’s hiring. “Of course we miss Erin, but at the same time we couldn’t be more proud of her for taking this head coaching position. I think Mel stepping in is a great thing. She knows the system and we’re comfortable around her. She really gets a lot done for us.”

Players joked that Arnold, being a year separated from a grueling preseason, “understands the team’s pain”

“The coaches get it, but she really gets it,” senior Ally Kasun joked. “It’s fresher in her memory.”

Arnold is optimistic about the following season, mentioning her 2-0 coaching record after FGCU’s preseason exhibition game wins over No. 17 UCF and No. 8 Florida this past weekend.

“This past weekend was huge for us. Huge for me,” Arnold said. “I’ve never gotten to beat UCF or UF. So already my coaching career is better than my playing career.”

During her four years at FGCU, Arnold was a three-year member of the Eagles’ Council, FGCU’s adaptation of the Student-Athlete Advisory Committee, where she served as president from 2012 to 2014.