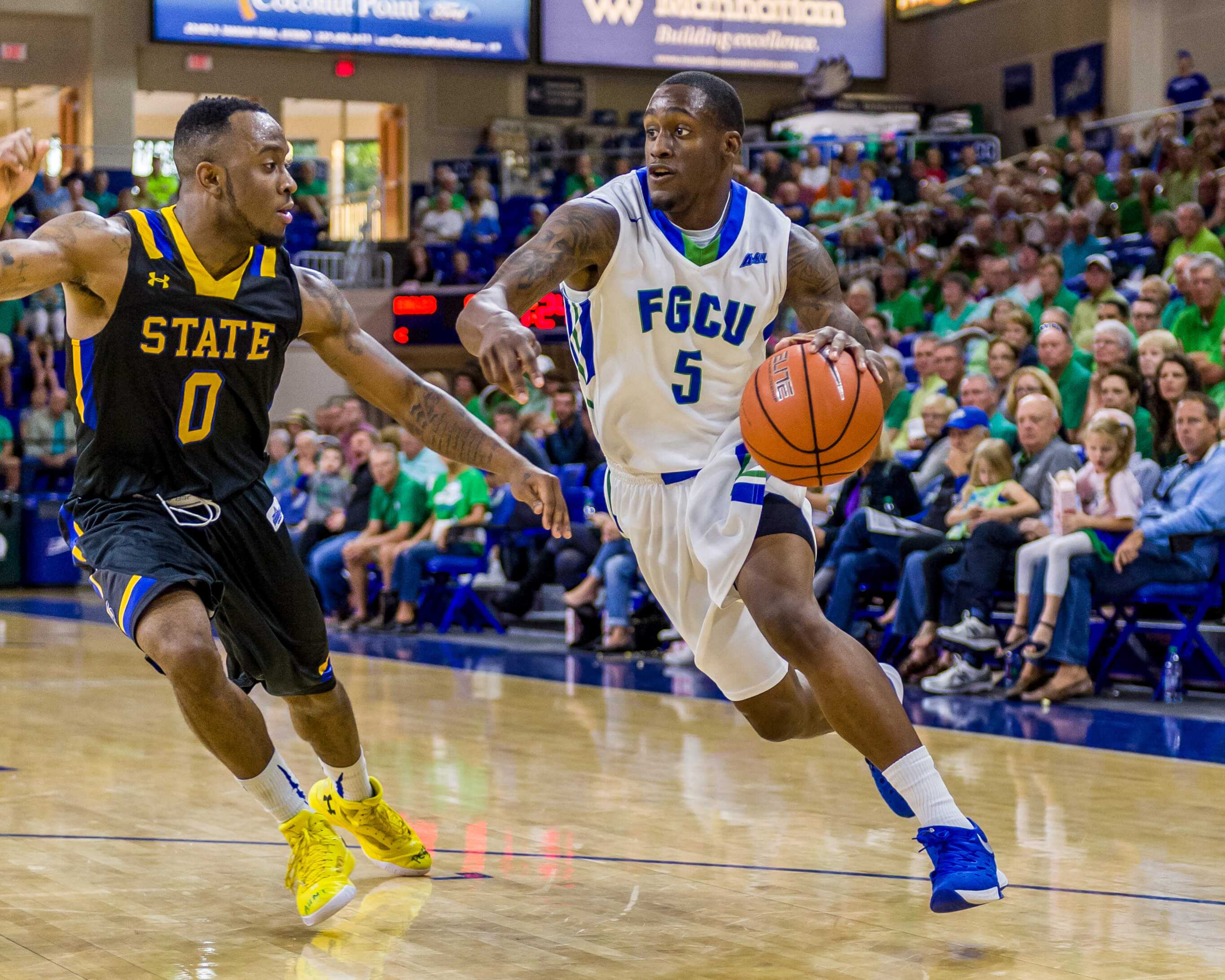 After being outshot, 31-22 in the first half, the Eagles outshot the Jackrabbits 30-25 in the second half, but they were unable to cut back a deficit after only earning 5 points in the last 6:50 of the game.

Redshirt junior Marc-Eddy Norelia notched his fifth double-double this season with 26 points and 11 rebounds, earning half of FGCU’s total points.

SDSU entered the contest averaging 79.5 points per game, but the Eagles held the Jackrabbits to their lowest-scoring performance of the season. Additionally, FGCU held SDSU to its worst 3-point shooting outing of the year at 17.4 percent (4-23), and the 30.9 percent clip from the field was also the lowest by the Jackrabbits this campaign.