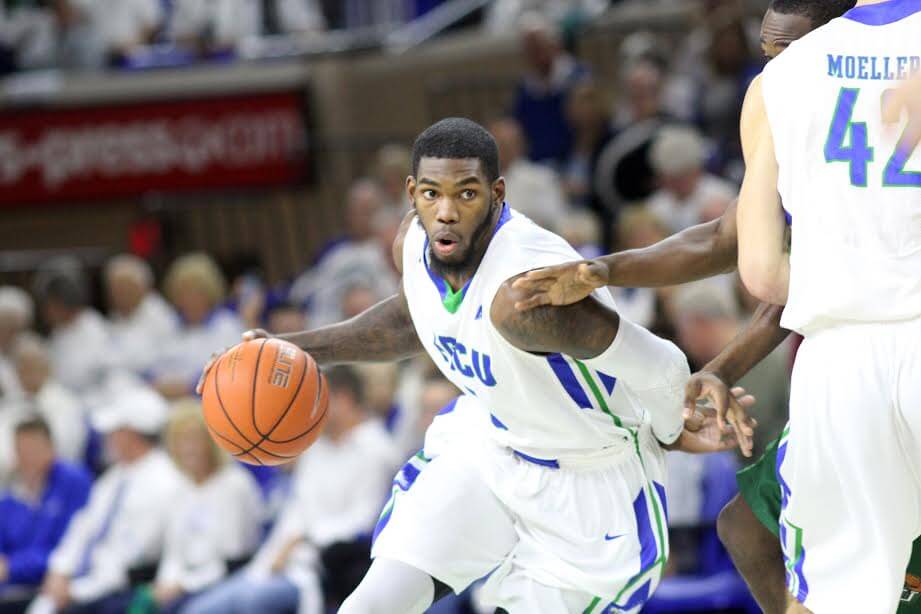 The Florida Gulf Coast University men’s basketball team got back on track Saturday night with a convincing win over Stetson in its Atlantic Sun Conference opener.

Brett Comer said leading up to the matchup with Stetson that he anticipated seeing a completely different Eagles team with the return of Jamail Jones from a six-game suspension. He may have been onto something there.

“Like I told you, we’re going to be a brand new team come next game, and we were,” Comer said.

His words proved to be nothing short of prophetic, with Jones bringing an energy and tenacity to an Eagles squad that has been sorely missing it in recent weeks. In addition to the emotional lift the team got from Jones, he also contributed on both ends with 15 points and seven rebounds.

“I felt pretty good,” Jones said after the win. “It felt good to get back out there with my teammates, you know. They’ve always been supporting me through my suspension and what not. I just let the game come to me and we came out with a victory.”

Rebounding has been a major issue for FGCU during its recent struggles, but the Eagles did a great job on the glass and finished with an astounding 53-23 rebounding advantage.

“Rebounding totals were better than it’s been, and we need to continue to do that,” coach Joe Dooley said following the victory. The Eagles coach has put an emphasis on improving the team’s rebounding and defense, both of which were on display during Saturday’s lopsided victory.

The Eagles held Stetson to 27 percent from the field and just 4-23 from beyond the arc. Stetson had their struggles shooting the ball, and FGCU never allowed them to make a run and climb back into the game.

“We couldn’t throw it in the ocean, and Florida Gulf Coast had a lot to do with that,” Hatters coach Corey Williams said. “It’s just a matter of time before they are very difficult for teams to handle.”

Williams also spoke about how deep FGCU is compared to last year and the Eagles’ new players were on full display against the Hatters. Julian DeBose and Marc-Eddy Norelia both had 12 points and five rebounds, part of a balanced FGCU attack that was a major relief to concerned fans who were wondering which version of the Jekyll and Hyde team would show up for the contest.

Fortunately, the Dr. Jekyll version of the Eagles answered the bell and came out with a statement win in the conference opener, building momentum and continuity for the important stretch of the season. If FGCU can display that type of energy and efficiency on both ends, they could be back in the conversation as a darkhorse upset contender come March.

It’s far too early to speculate about the Eagles’ NCAA tournament fate, but the home win over Stetson was the first step in repeating as A-Sun champs. “We always want to get off to a great start,” Dooley said. “It was good, nice home game, a great atmosphere. I thought that the guys, in general, did a good job.”

There was much improvement shown by the Eagles in Jones’ return to the lineup, but the journey is far from over for FGCU. “There are still some things, we’re a work in progress,” Dooley said, referencing the room that this team still has to grow and improve.

The Eagles head to Jacksonville to face off with University of North Florida on Wednesday night.

“We always play UNF tough,” Jones said. “I anticipate a great crowd. We just gotta go up and get our first road win in the A-Sun.”