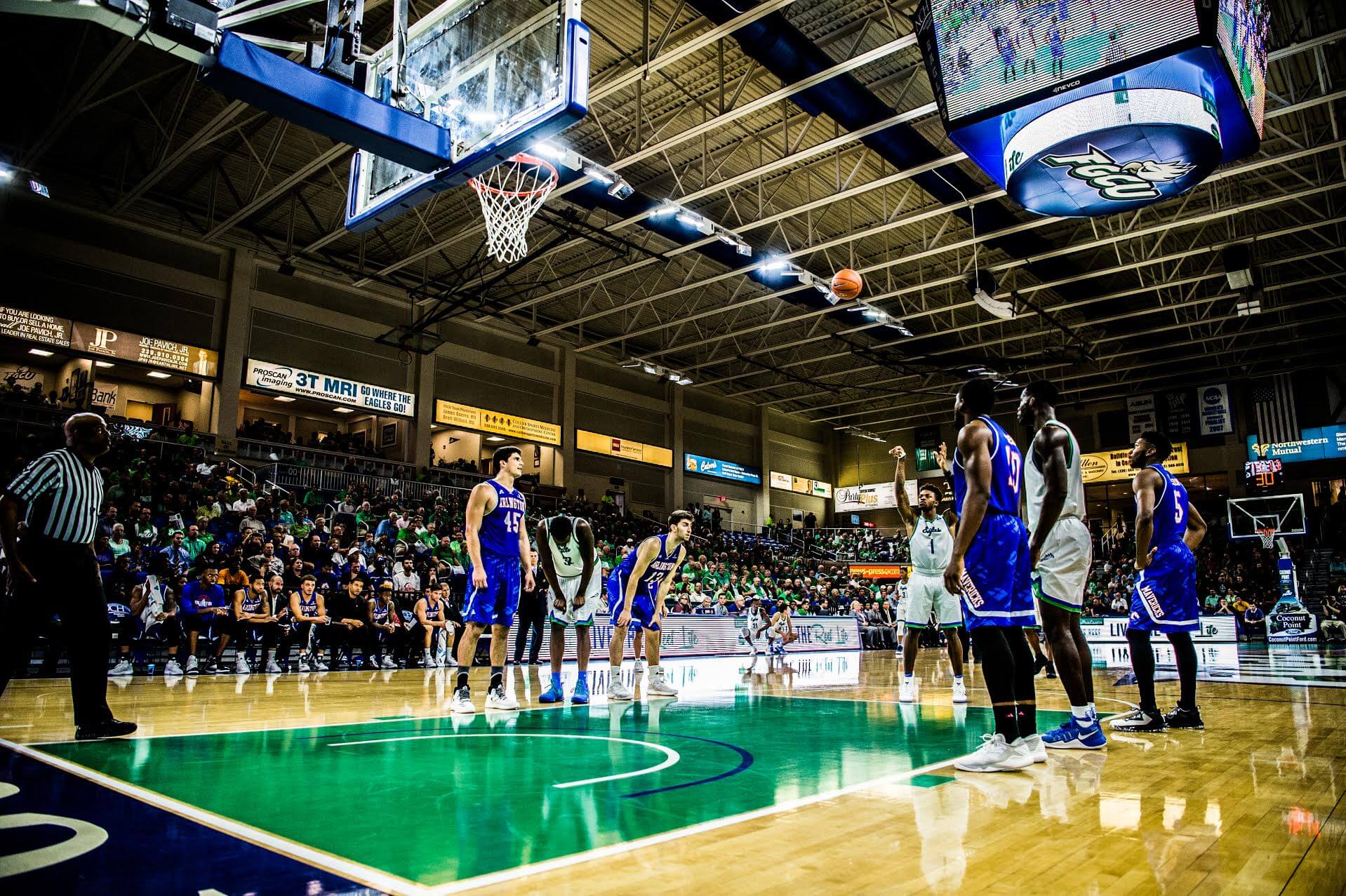 Falling to a Baylor side that defeated No. 4 Oregon, 81-72 on Friday, the FGCU men’s basketball team nearly upset No. 13 Michigan State, falling to the Spartans 78-77 in the final seconds of the game.

With 1.6 seconds left on the clock, Christian Terrell heaved the ball down the court to Antravious Simmons from under the Spartans basket. Despite the ball not being touched by any player on the court, the final buzzer went off before Simmons caught the ball.

FGCU head coach Joe Dooley and his staff were informed by the referees that the play could not be reviewed to see if the clock started early, only to see if the time was in the span of the missed or made shot.

On pages 101 and 102 of the 2016-17 NCAA Men’s Basketball Rule Book, Rule 11-C-2 states that video replay could have been used to “determine whether the shot clock malfunctioned or a timing mistake occurred in failing to properly start, stop, set or reset the shot clock.”

In a statement released by the Big Ten on Nov. 21, Big Ten Associate Commissioner and Men’s Basketball Collegiate Officiating Consortium Executive Director Rick Boyages confirmed an officiating timing error in the final play of the game.

“While the on-court officials and Michigan State timekeeper have the ability to start and stop the clock, after a complete review of the timing error on the game’s final play with 1.6 seconds remaining, it was confirmed that a game official improperly set the clock in motion via his Precision Timing belt pack,” the statement said. “The subsequent adjudication of rules, allowing for use of the courtside video monitor and a hand-held digital stopwatch to determine whether the shot was released prior to expiration, and if there was any time remaining in the game, were properly administered.”

Leading the way for FGCU in its matchup against Power 5 member MSU, Antravious Simmons and Brandon Goodwin combined for 36 points with 18 points each while Simmons tallied his third career double-double, securing 12 rebounds.

For the fourth consecutive game, ASUN Newcomer of the Week Brandon Goodwin led or tied the game’s highest scorer, finishing tied with Simmons with 18 points after leading FGCU scorers against Baylor with 22 points.

Playing in front of a crowd of 14,797 Michigan State fans, FGCU came out of the gate with a slow start on offense, allowing the Spartans to jump on a 9-2 run.

Knocking down a jumper in the first 90 seconds of the second half, Simmons gave the Eagles their first lead of the night, 40-38.

Holding a four-point lead, 68-64, the Spartans quickly erased FGCU’s lead, as both teams traded buckets on the offensive side of the court, tying the game up three times in the final two minutes of play.

Down 75-73 with 40 seconds remaining, Zach Johnson slammed home a put-back dunk after Raysean Scott Jr.’s missed layup to tie the game at 75.

Up 78-77, MSU missed a pair of free throws to give FGCU possession with 2.4 seconds remaining after securing the rebound.

Terrell was set to inbound on the opposite end of the court for the Eagles, but his initial pass inbounds was blocked by a Spartan, taking .8 seconds off the clock and setting up the final play with 1.6 seconds left that was shaved off before the ball contacted any player on the court.

Despite 14 points on 4-6 shooting from behind the arc by Scott Jr. and a 45.3 percentage from the field and a 47.1 percentage from long-range, the Eagles were defeated by Michigan State.

The Eagles now return home to Alico Arena to face Binghamton in the first of their three-game home stand on Wednesday, Nov. 23.