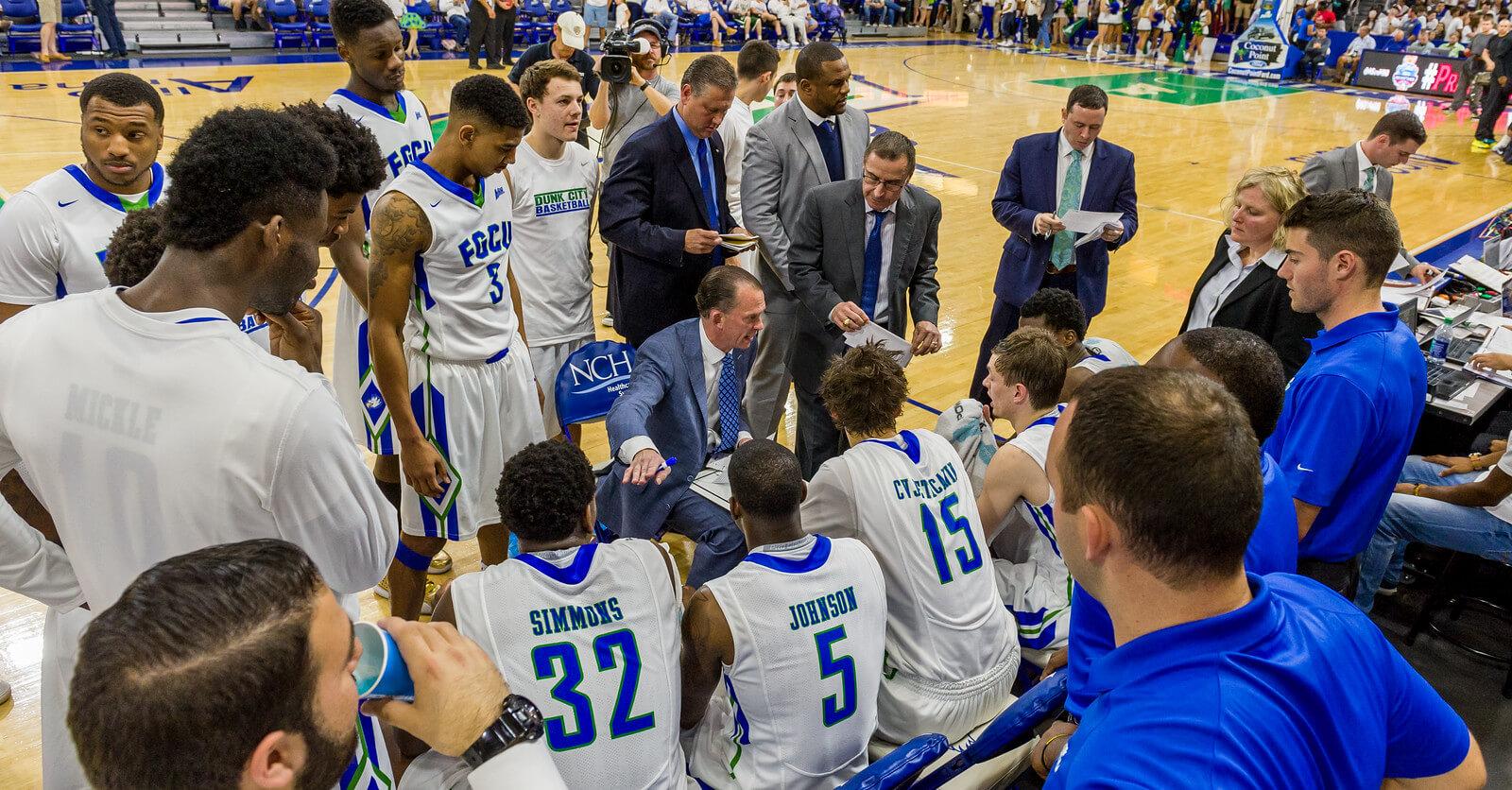 Amid speculation of packing his bags and leaving Dunk City, FGCU men’s basketball coach Joe Dooley has put an end to the rumors, signing a two-year extension with the team through the 2019-20 season. The four-year coach received a $35,000 raise, earning him $275,000 per year.

“I first want to thank Director of Athletics Ken Kavanagh and University President Dr. Wilson Bradshaw for instilling their trust in me to continue to lead this great program,” Dooley told FGCU Athletics. “This is a terrific opportunity to continue building something really special with a talented group of returners and newcomers, and I’m looking forward to getting started with the 2016-17 season.”

The West Orange, New Jersey native was named the head coach in April 2013 after former head coach Andy Enfield handed over the keys to Dunk City and departed to USC. Dooley signed on to a five-year $225,000 deal to help FGCU reach heights the young program had never seen before.

“Joe (Dooley) has more than earned both the extension and increase in compensation,” Kavanagh told FGCU Athletics. “He took over the program at a pivotal time and has elevated our overall results since. In turn, we are very excited about our future prospects and already are looking ahead to next season.”

Dooley has had success during his tenure at FGCU, guiding the Eagles to three-straight 20-win seasons and its second NCAA Tournament and second Atlantic Sun Championship in four years. After going 21-14 and claiming the A-Sun Championship, the Eagles defeated Farleigh Dickinson 96-65 in their first four matchup in the NCAA Tournament, before falling to tournament finalist UNC 83-67.

His success at FGCU made noise around the country, linking the former Kansas assistant coach to several schools with head coaching vacancies.

With its head coach staying put, FGCU will now look forward to the 2016-17 season with the bulk of its NCAA Tournament roster returning for the Eagles, despite losing seniors Julian Debose and Filip Cvjeticanin, including the additions of recruit Christian Carlyle and transfer Raysean Scott, who Dooley announced in early April.