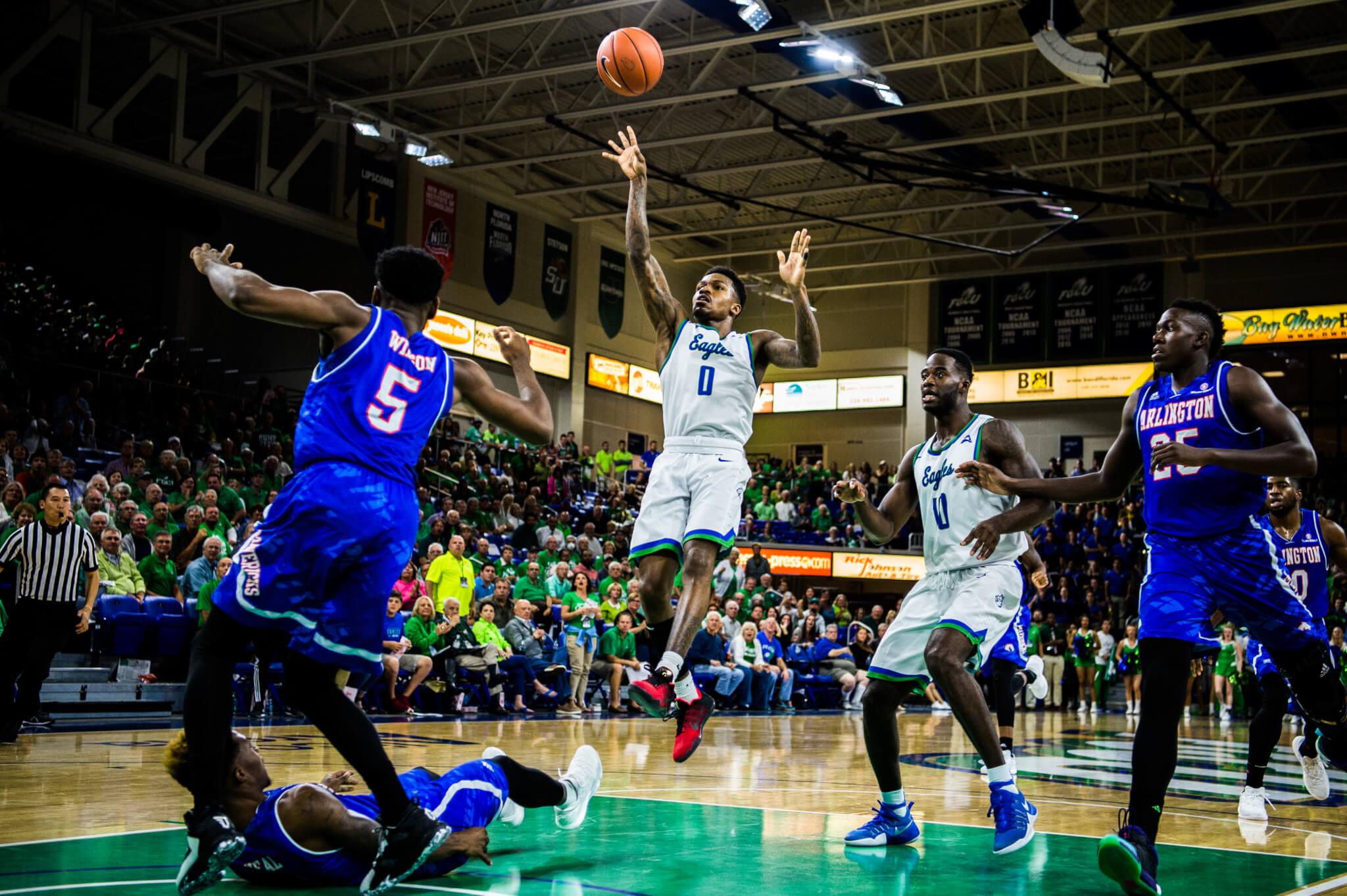 Coming off of a 120-60 win against Ave Maria, the FGCU men’s basketball team defeated Georgia Southern 85-82 to earn their first road victory of the season.

Christian Terrell, Zach Johnson, Brandon Goodwin and Antravious Simmons combined for 58 points, as the Eagles shot 61 percent from the clip while limiting the Georgia Southern to 46 percent from the field.

Playing in his home state, Norcross, Georgia, native Goodwin notched the second double-double of his collegiate career, dishing out 10 assists, while scoring 12 points.

“At the end of the day, it’s a road win and those are hard to come by,” FGCU head coach Joe Dooley said. “It was a good step for our team. After giving up a big run in the first half to allow them to get back into the game, we had our bearings back a little bit better in the second half. But when we had a chance to put the game out of reach, we didn’t; and I’m a little disappointed in that.”

After giving up a big run in the first half to allow them to get back into the game, we had our bearings back a little bit better in the second half. But when we had a chance to put the game out of reach, we didn’t; and I’m a little disappointed in that.”

Controlling the tempo on offense early on in the first half, FGCU took a 14-point lead after Rayjon Tucker slammed home an alley oop from Reggie Reid, to give them a 20-6 lead in the first 6:29 of the half.

In the first of many runs by each offense, Georgia Southern suddenly woke up after falling behind in the contest, sparking a 15-0 run to take a one point advantage.

Georgia Southern once again went on another run, this time a 9-0, to pull within three, 36-33, but the Eagles went on a 6-0 run to close out the half to hold a 42-33 lead as both teams headed to the locker room.

Coming out of the half with their lead quickly cut to just five, the Eagles sparked a 12-2 run to build a 15-point lead thanks to a tip-in by Demetris Morant.

After Tucker collected a loose ball and banked the ball in off the glass to push FGCU’s lead back to five, 81-76, Georgia Southern knocked down a free throw to cut the lead to four.

With a four-point lead on what would be the Eagles final possession of the night.

Terrell knocked down three of his game-high 17 points to put the game out of reach and give the Eagles the victory despite a three-pointer at the buzzer by Georgia Southern.

FGCU will now face Siena on Friday, Dec. 9 at 8 p.m., in game one of its three-game home stand at Alico Arena.