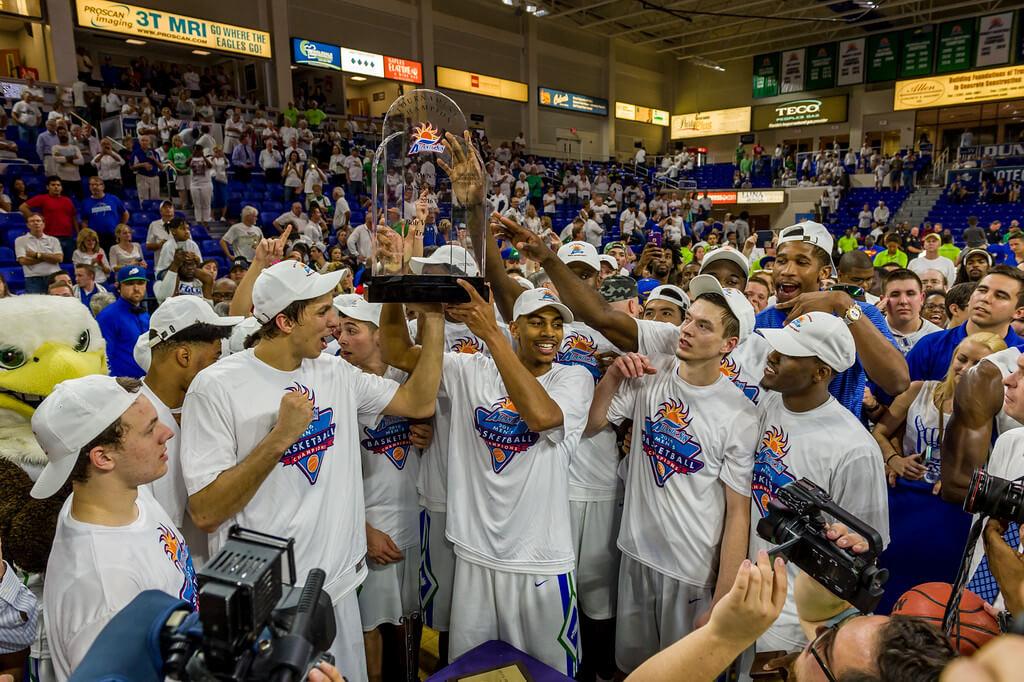 After coming off an A-Sun Tournament title and a record-setting NCAA Tournament First Four victory this past March, the FGCU men’s basketball team has been listed as the 2016-17 A-Sun Conference favorite.

Additionally, standout players have already received recognition. Marc-Eddy Norelia was a unanimous selection to the Preseason All-Conference Team. Zach Johnson was also named to the preseason team, while Demetria Morant was coined as the Preseason Defensive Player of the Year.

The mostly veteran team received six of eight 1st-place votes and totaled 62 points in the coaches’ poll, finishing 12 points ahead of UNF. Third place and on were ranked as followed: NJIT, Lipscomb, Stetson, Jacksonville, Kennesaw State and USC Upstate.

The Eagles were also the preseason league favorite in the media poll, receiving 412 points and 42 of 52 1st-place votes in the poll, finishing 44 points ahead of UNF.

“It’s nice to be recognized as the A-Sun favorite, and they’re also great honors for Marc-Eddy, Zach and Demetris,” said fourth-year FGCU head coach Joe Dooley. “Our guys built a lot of confidence with how they ended last year, and they were able to spend a lot of time together on and off the court this summer and during our trip to the Bahamas. We’ve put together a challenging non-conference schedule which will hopefully prepare us well again for the ASUN, and then everything will be decided in March.”

A standout veteran for the team is Norelia, who returns for his redshirt senior year. Norelia was an A-Sun First Team selection, District 3 First Team member, A-Sun Tournament MVP, ASUN All-Tournament Team pick and three-time ASUN Player of the Week.

The 6-8 forward led in nearly every stat and shattered program records. Norelia recorded 16 double-doubles in a single-season, seven more than the previous holder. He established program single-season records in points (597), rebounds (325) and field goals made (234).

To continue, he also become the first player in FGCU history to hold more than 275 rebounds in a single season and his 17.1 scoring average was the best in D-I program history.

Redshirt sophomore Johnson was named to the A-Sun All-Freshman Team, the A-Sun All-Tournament Team and made the potential game-saving block in the closing seconds of overtime against Stetson to seal the A-Sun crown for the Eagles last season.

Johnson reached double-figure points in 17 of the final 22, including averaging 16 points and 3 assists in three A-Sun Tournament games.

Redshirt junior, Morant is expected to be a help in the paint after returning from an injury last season, making him miss 12 games.

The 6-9 forward averaged 1.4 blocks in the 23 games he play in last year. Morant also averaged 5.7 points and 5.3 rebounds per game last year, ranking 2nd behind Norelia.

Morant’s 74 blocks in two years with FGCU are tied for the 3rd-most in program history.

The Eagles’ season will officially start against the Florida Gators in Jacksonville on Nov. 11 with a home opener scheduled for Nov. 16 against UT Arlington at 7 p.m.