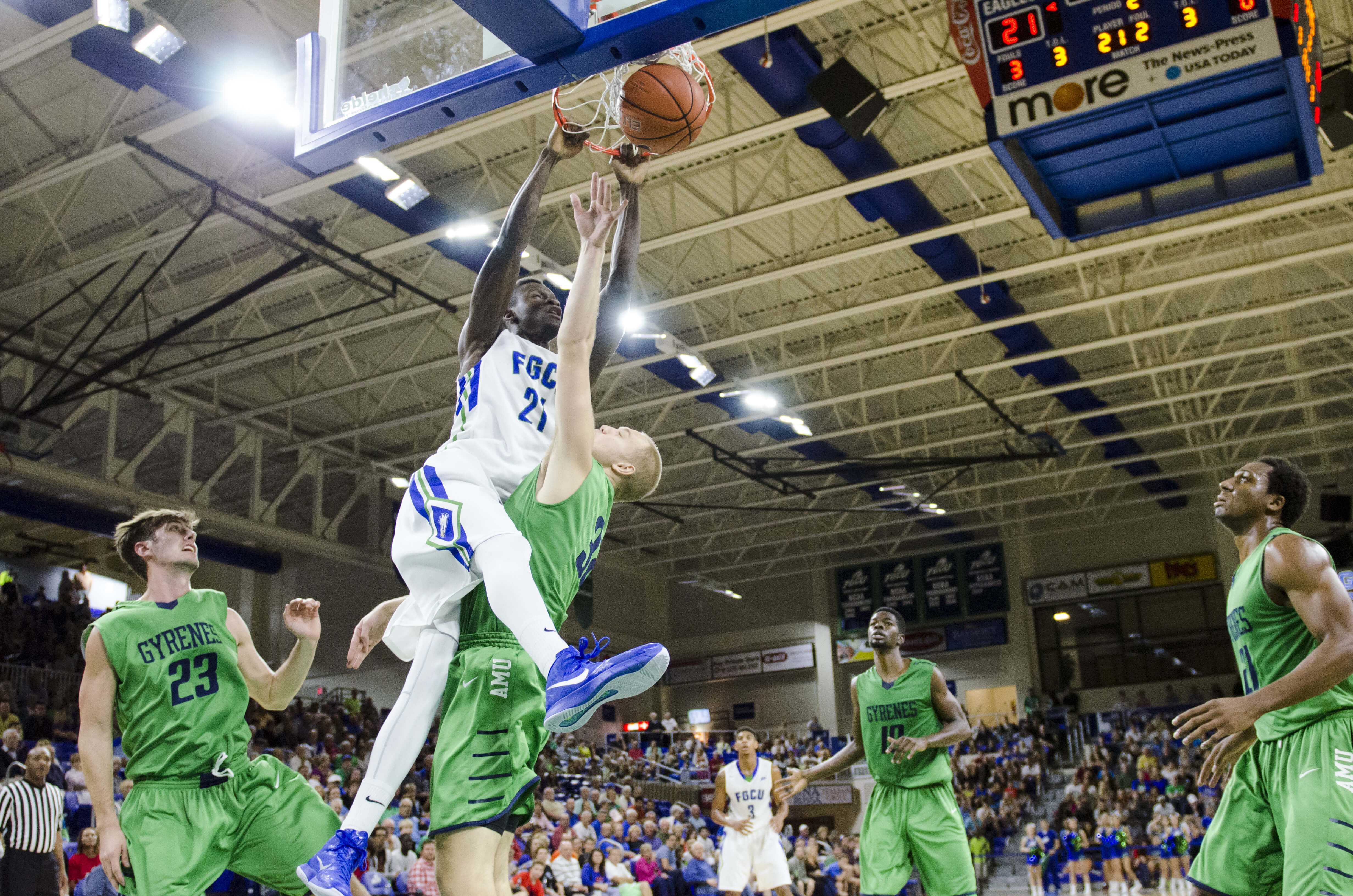 While most of us were on vacation or back at home spending time with our families over winter break, the Florida Gulf Coast University men’s basketball team had no such luxury.

After a convincing win over University of Massachusetts in Springfield,  the Eagles fell into a rut and have struggled mightily over the last three weeks.

The Eagles’ hot 8-1 start began to fizzle away after a home loss to Florida International. The team responded and bounced back nicely with an 83-78 win over Furman, but that was the end of good basketball for FGCU.

The Eagles would go on to lose their next three games, all on the road against high-level opponents. Iona has always been a tough matchup for FGCU, and once again they got the better of the overmatched Eagles.

Next it was off to University of Pittsburgh and Xavier University, who play in the ACC and Big East respectively, two of the best conferences in college basketball. FGCU’s offense continued to sputter and the Eagles had trouble stopping the Panthers and Musketeers on the defensive end.

The good news is that the Eagles got to come home and play a brush up game against local NAIA school Ave Maria University before they dive into meaningful conference games.

Ave Maria is definitely a brush up game, right?

FGCU came out flat and played what Naples Daily News reporter Dana Caldwell called “without question the worst half of FGCU men’s basketball since the team went Division I.”

He wasn’t kidding, as the Eagles shot just over 21 percent from the field and trailed, yes trailed, 13-12 at halftime.

“Watching the first half set basketball back a few years,” coach Joe Dooley said. “When you come out flat and don’t make shots it’s a bad combination.”

The second half was much better, with Brett Comer and Demetris Morant connecting on seven alley-oops in the final 20 minutes. The easy inside baskets helped the Eagles to shoot more than 75 percent from the field in the second half and pull away from the Gyrenes.

“Every team we play, there’s nobody as athletic that can get high as he can get,” Comer said of Morant. “He jumps so high and he’s so long that he can go and get every ball. So I try to look for him every time [down the floor].”

Despite the win, FGCU continued to have issues defensively and frequently missed open looks that they were converting on earlier in the year.

The struggles didn’t end there, however, as the Eagles headed to California on Monday night for their last non-conference game of the year, a rematch against UC-Santa Barbara. After beating the Gauchos at Alico Arena back in November, FGCU headed out west for the second half of the home-and-home series.

FGCU again struggled on the offensive end, and Bernard Thompson was the only Eagle in double figures with 16 points. The defense was improved, holding the Gauchos to just 37.7 percent from the field but it wasn’t enough.

FGCU never held a lead in the contest, and ended up falling 63-50.

The loss to UCSB dropped FGCU to 1-4 in its last five games and 10-6 overall. With the conference schedule starting against Stetson on Friday, the Eagles have massive improvements to make if they hope to book a return ticket to the NCAA tournament in March.

“We’re a work in progress,” Dooley said. “We’ve practiced well the last couple of days so maybe if we can practice better we can play good.”