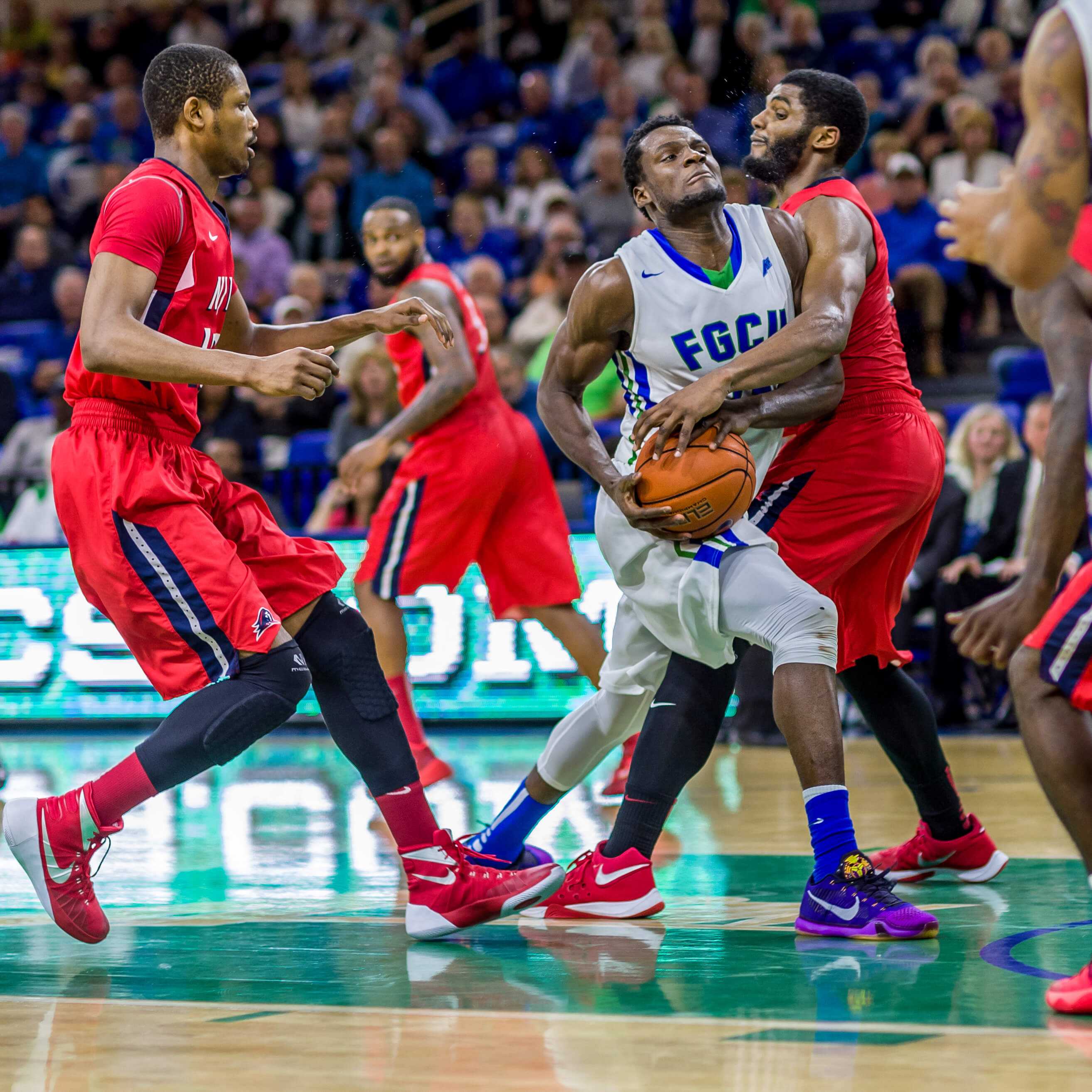 FGCU's Marc-Eddy Norelia fights for possession with NJIT players in the Jan. 14 game at Alico Arena. (Photo by Linwood Ferguson)

After sitting one game out from first place in the Atlantic Sun Conference, the FGCU men’s basketball team dropped a critical game against NJIT despite Marc-Eddy Norelia’s record-setting 10th double-double.

NJIT, who is currently 7-4 in the A-Sun, knock FGCU back to a 6-5 conference record with a 68-59 win Saturday evening in New Jersey. FGCU and NJIT came into the game tied for third place.

Going into Saturday’s game, the Eagles were just one game out from first place in the conference, thanks to North Florida’s three-game losing streak, suffering losses to Jacksonville, FGCU and Stetson, along with Jacksonville’s consecutive losses to Lipscomb and Kennesaw State and a loss to UNF and NJIT earlier in the season.

Now with NJIT’s win and losses for Jacksonville and UNF on Saturday, FGCU is bumped to fourth place, tied with Lipscomb, while UNF, NJIT and Jacksonville are all tied for first. Jacksonville took a loss to Kennesaw State, 90-68, while North Florida lost to Lipscomb, 94-87. FGCU still remains one game out from first place.

Against NJIT, Norelia earned his 10th double-double of the season, with 17 points, 11 rebounds and 2 assists. The two teams were tied heading into the locker room, but a 37-28 run in the second half, shooting at 44.9 percent, gave NJIT the upper hand it needed to earn its seventh conference win.

With only three games left in the regular season, FGCU will host Lipscomb, who beat the Eagles earlier in the season, at 7 p.m. Thursday, Feb. 18.