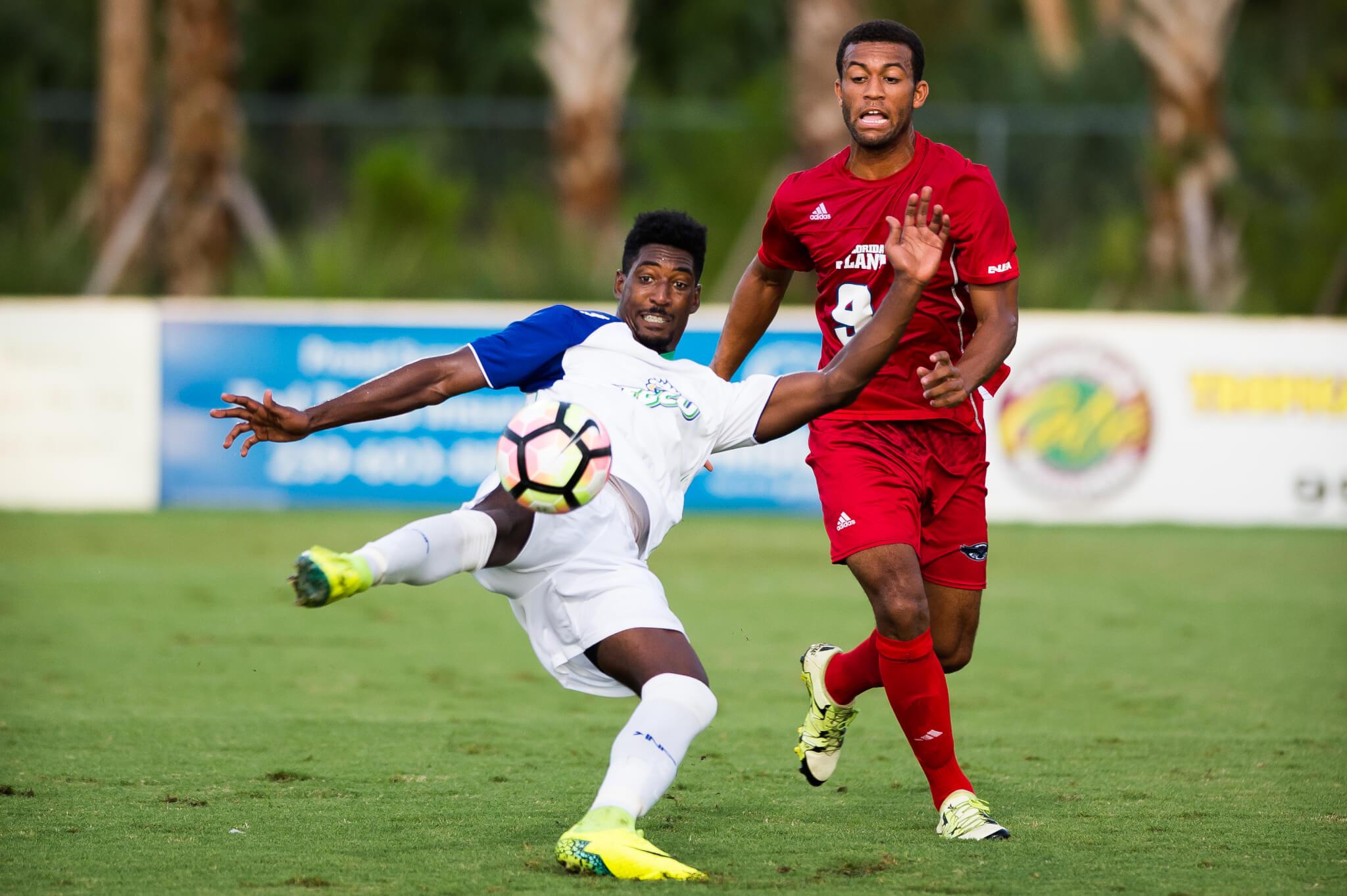 After being named the No. 15 ranked team in the nation Tuesday afternoon, the FGCU men’s soccer team extended its win-streak to seven defeating Rutgers 6-5 despite blowing a 5-0 lead.

Earning their highest ever ranking in program history, the Eagles continued to make history after Albert Ruiz scored his second hatrick in 10 days in 3:20 to give him the fastest hat trick scored by an Atlantic Sun Conference member and the third fastest three goal stretch in NCAA history.

Here is @AlbertRuiz95 third goal in the opening 9 minutes and 2 seconds. Second hat trick of the year for him. @FGCU_MSoccer up big pic.twitter.com/V4P9EVBmIg

After being named the NSCAA national player of the Week, Arion Sobers-Assue continued his goal scoring streak, scoring two goals to give the Eagles a 5-0 lead.

Sobers-Assue blew past the Scarlet Knights backline, slotting the ball past the keeper putting the Eagles up four and minutes after he did it again curling a free kick from about 26-yards out to the near post past the keepers reach to put FGCU up five.

The nation's highest scoring offense is on ????? as @Asobe12 curls a free-kick in. He is on #HatTrickAlert as @FGCU_MSoccer leads 5-0!!! pic.twitter.com/GDG5kyF6GB

Down 5-0 with less than 20 minutes left in the match, Rutgers didn’t count themselves out.

The Scarlet Knights slowly made their way back in the match down 5-2 at the half behind two goals by Jason Wright.

Rutgers continued to make things interesting, slowly derailing the Eagles backline, with a goal by Niel Guzman bringing Rutgers within two one minute into the second half.

With their six game win-streak on the line, the nation’s highest scoring offense found the back of the net for the sixth time, thanks to Miguel Perez’s first career goal.

GOOOAAAALLL @FGCU_MSoccer! @Wilmer101911 scores his first of the season with a chest down and upper 90 blast. 6-4 Eagles pic.twitter.com/YceBC77VVI

Perez’s goal proved to the game winner for FGCU as Jason Wright completed his hat trick to bring Rutgers within one with just 13 minutes left in the match.

After a match that saw a combined 11 goals, Rutgers found themselves a goal short of a draw, while FGCU extended its win streak to seven.

The Eagles will now take their win-streak to FIU against a Panther side who defeated them in controversial fashion scoring a goal that appeared to be offside in double overtime last season. The two teams will face off Tuesday, Oct. 4 in Miami.