Men’s soccer gets fresh faces for a fast season 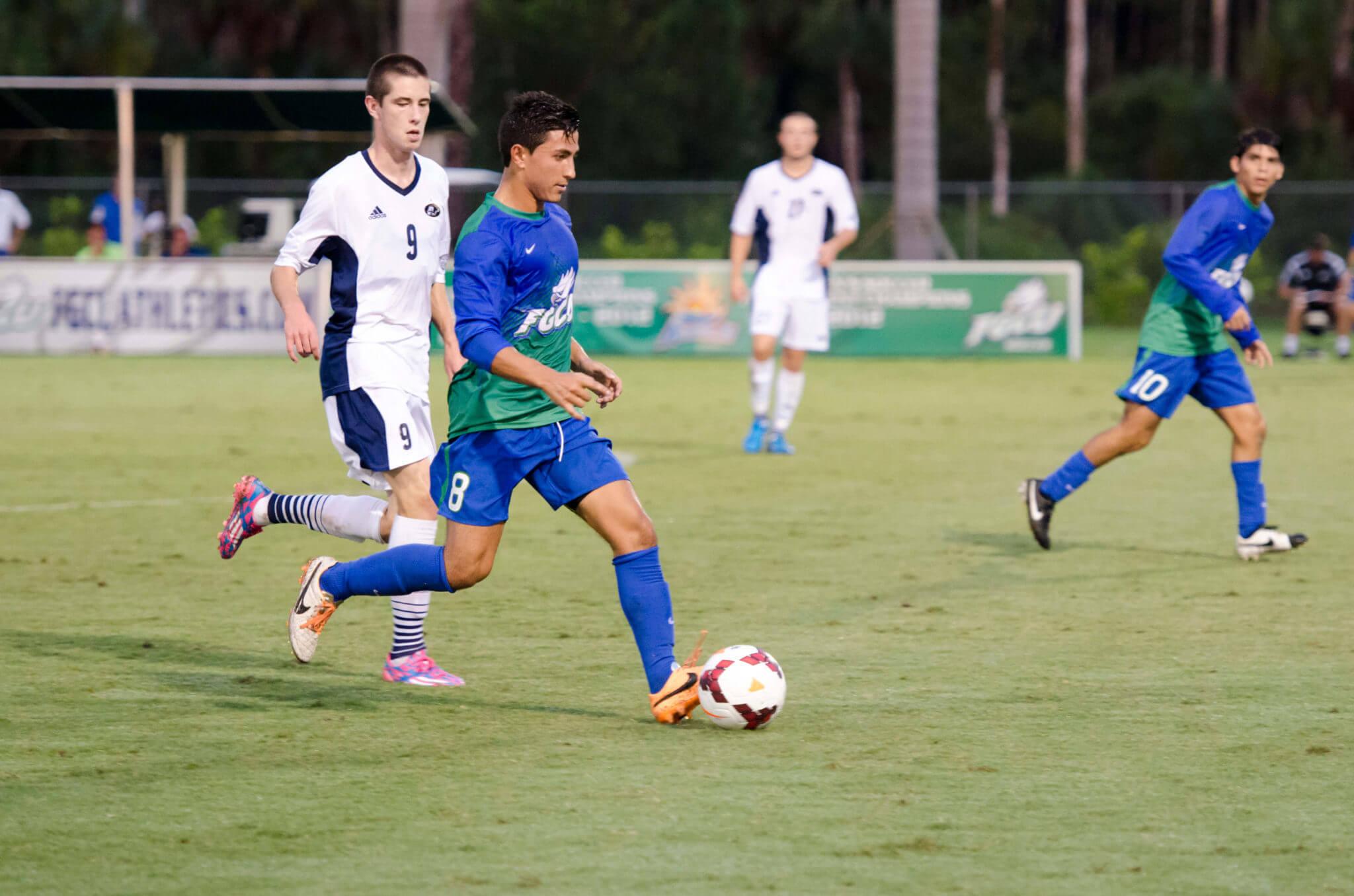 #PlayFast is a saying that echoes through the FGCU men’s soccer program, and play fast is the mission for the season.

Coming off of a fifth consecutive conference title, along with its third trip to the NCAA tournament, the FGCU men’s soccer team adds 15 new faces to its squad. With new faces comes new talent, and along with talent, the incoming class brings more speed to the team.

“I think last year’s team was good, but this group I think is a little bit faster and a little cleaner,” said head coach Bob Butehorn. “I think that level is a little different.”

With the loss of three seniors and a few other players due to transfers or leaving the team, FGCU’s incoming class has a lot of talent coming in hoping to build on the previous years’ successes.

“We’re getting used to each other a lot more,” said junior David Robledo. “We got a good group coming in.”

The incoming class includes eight freshmen and six transfers. The transfers include sophomore transfer Bradley Farias, a forward from former conference foe, Campbell, joins the team. The Florida native was named Freshman of the Year in the Big South Conference as he led all conference players in goals (9) and points (22), finishing second among all players in each category. Among the freshmen, Dennis Zapata of Orlando joins the team bringing his experience as a key member of the Orlando City Under-18 Academy Team where he assisted on 25 of the club’s 63 goals and was ranked No. 45 in his class by TopDrawerSoccer.

“It’s like any other team. When you put a bunch of guys together, the group dynamic changes, and you have to get the chemistry right,” Butehorn said. “Whether you have two new guys or 20, it doesn’t matter. You have to get it right.”

This week, FGCU was named the preseason favorite, being picked in the coaches’ poll to win the championship title this season. Seniors Aaron Guillen, an unanimous selection, Rodrigo Saravia and sophomore Albert Ruiz were named to the All-Conference team.

Teammates are eagerly anticipating the return of midfielder Saravia, who spent his summer playing for the Guatemalan national team. Saravia will return in time for the first game of the season on August 28 against No. 3 Georgetown.

“They all missed him,” Butehorn said. “He was asked to stay with the national team but he wanted to come back. We’re looking forward to having him back.”

“Every year we look at the same thing, can we get the potential that they present to us early?” Butehorn said. “We’re in infancy stage of that right now, but I want to draw it out of them.”