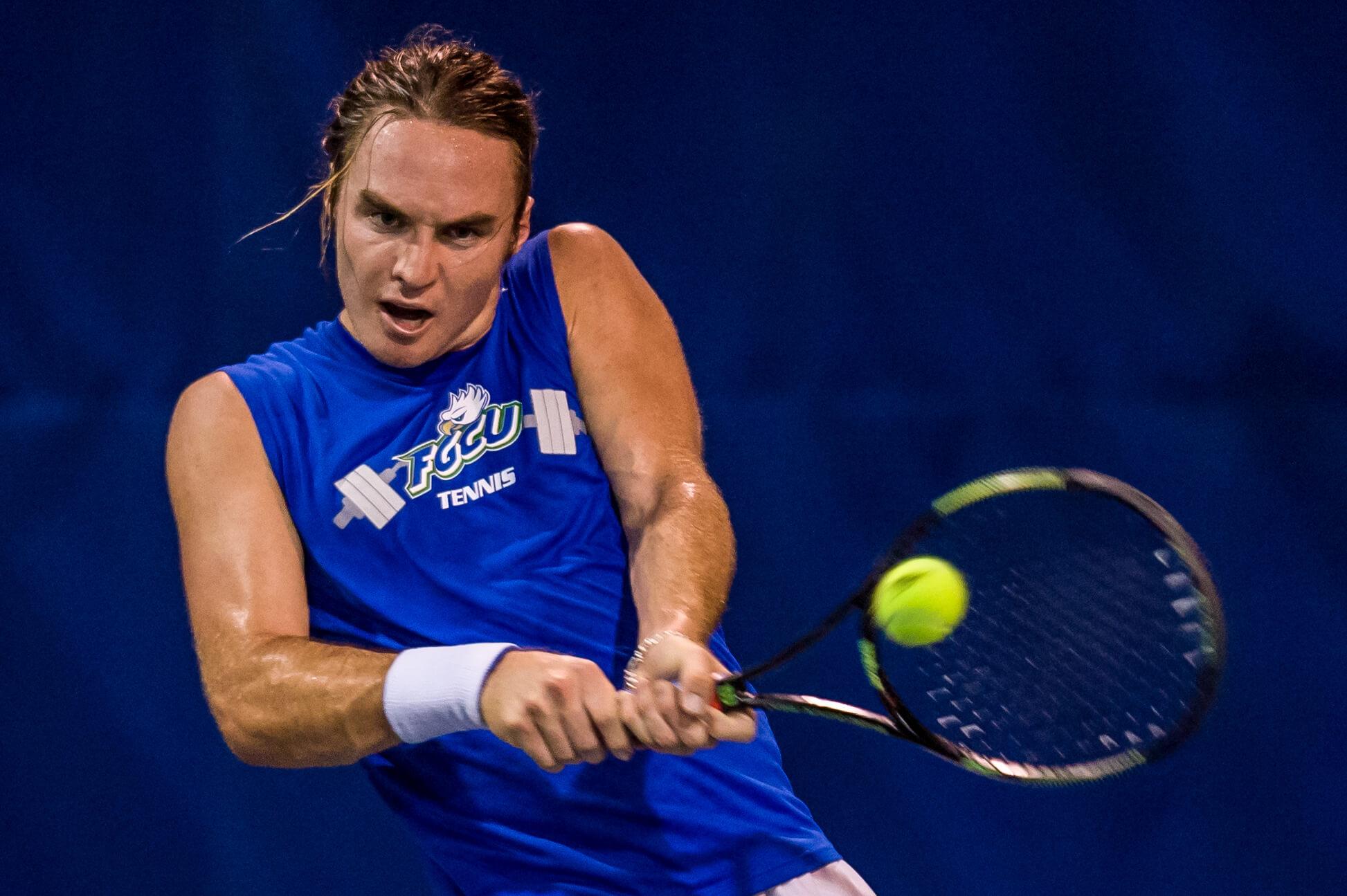 With wins at both No. 2 and No. 3 doubles, the Eagles had a 1-0 lead to start off the day. This victory brought the Eagles to a 5-2 record for the season.

“Today was another good win for us,” head coach CJ Weber said. “Tennessee Tech is a good team and competed well today, but, fortunately, we were able to close out some key matches.”

With a 6-1 victory, the Eagles’ Eduardo Alfonzo and Oliver Landert were the first to win at No. 3 doubles. They defeated Tennessee Tech’s Carlos Tajes and Jorge Alfonso. Shortly after, the Eagles claimed the doubles point with a win at No. 2 doubles by Andres Alfonzo and Javier Fernandez.

“We looked great in doubles, which I’m most excited about because that has been the thing we’ve struggled with most this year.” Weber said.

In the singles play, the Eagles’ Andres Alfonzo won 6-2 and 6-1 over Alex Arovin from Tennessee Tech at No.2 singles.

“I’m really happy to be able to play at a high level of tennis consistently,” Alfonzo said. “I played two solid matches today, and that helps my confidence a lot.”

Fernandez grabbed another win for the Eagles at No. 5 singles over Tajes.