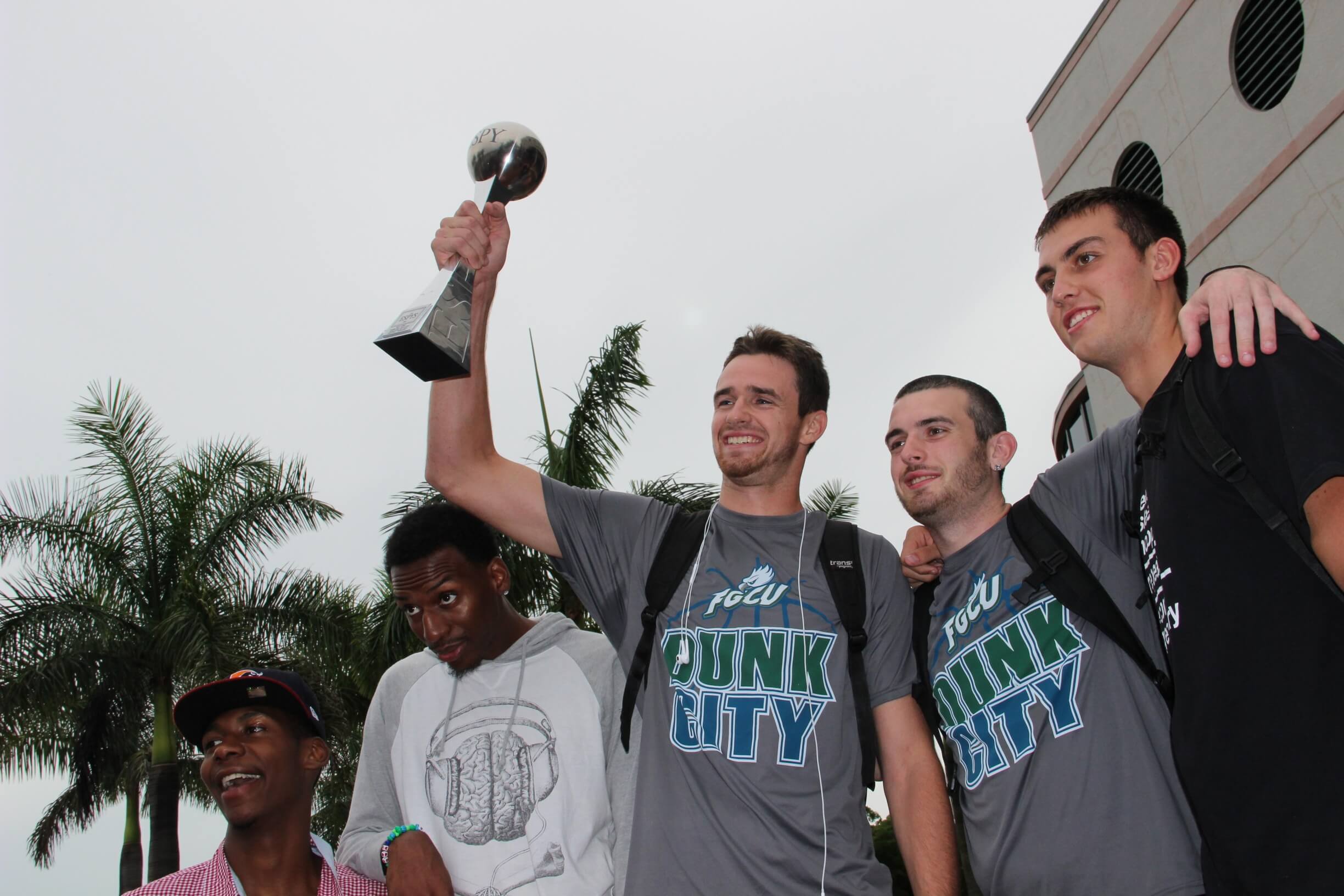 Eddie Murray triumphantly raises the FGCU ESPY for a crowd of fans outside Alico Arena.

As the Sports Illustrated-led NCAA “Best Cinderella of All Time” tournament came to a close, FGCU fell short of winning the title against No. 9-seeded Wichita State.

While Wichita may have taken home almost 34,000 votes (68 percent of total votes) on the final day of voting, FGCU fans remain to stay positive for the 2015 basketball season.

The Eagles made their way through the bracket, beating out No. 3 Gonzaga and No. 6 Kent State. The Shockers rose to the championship round, as well, through their win against both No. 16 Valpairaiso and No. 9 Butler.

In 2013, both teams made groundbreaking upsets. FGCU made their way to the Sweet Sixteen through their 78-68 win against Georgetown. Wichita State became the first team in 10 years to enter the tournament undefeated, before being taken over by the Louisville Cardinals, 72-68.

There are high hopes for the men’s basketball team to reach the NCAA Championship tournament. You can catch the Eagles for their first home game of the season against Ave Maria on Nov 29 at Alico Arena.