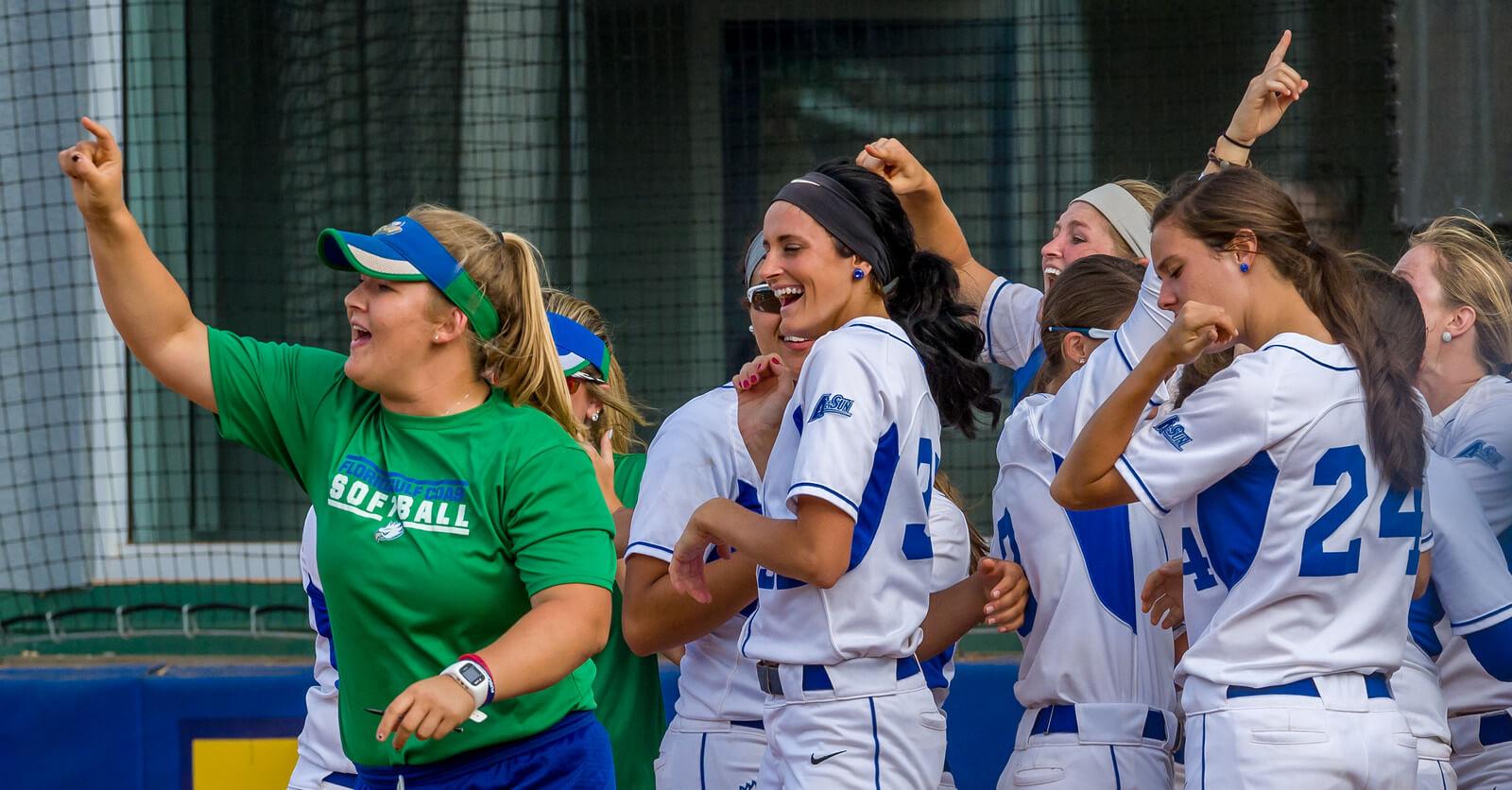 Projected to finish sixth place in the preseason poll, the FGCU softball team secured the 2016 Atlantic Sun regular-season title with a 7-2 win over Jacksonville on Saturday. Along with the title, the victory also solidified the Eagles’ No. 1 position in the upcoming A-Sun Softball Championships.

With a scoreless start, the Eagles did their damage after the two quick outs in the second. Following a Natalie Lopez walk, Amber Plaza singled to put runners at first and second. Kelsey Huff then drove in Lopez with an RBI double to bring the score to 1-0. FGCU tacked on another run in the third on a Brittany McGuire hit to make it 2-0 in favor of the Green and Blue.

Morgan Sutherland came on to run for Plaza at second just before Louie Ross shot a double down the line, scoring both Sutherland and Huff to make it 4-0 for FGCU. However, Ashley Dobson’s first walk led to a two-run homerun that cut the lead to 4-2.

But, the Eagles’ offense was not finished. Bri Innamorato led off with a single to center. After she stole second and moved to third on a sacrifice bunt, Lopez drew a walk to put runners at the corners. Bree Tourtillott’s double then scored both runners to make it 6-2 before a Makensie McAvoy single made it 7-2.

ICYMI: This is what winning a conference championship looks like! #Champs #ASunSB pic.twitter.com/D4uoMbxbm4

“Truthfully, this season is eerily similar to 2012,” FGCU head coach David Deiros said. “Things weren’t easy for us during our non-conference season, but we put things together in conference play to get the No. 1 seed and win the tournament. This team has fought hard and prepared themselves for competition. We restructured our preparation over the last month or so. The kids bought in and started to believe in themselves.”

Next, the team turns its attention to the A-Sun Tournament, beginning Wednesday, May 11, with FGCU opening play on Thursday, May 12 at the FGCU Softball Complex.