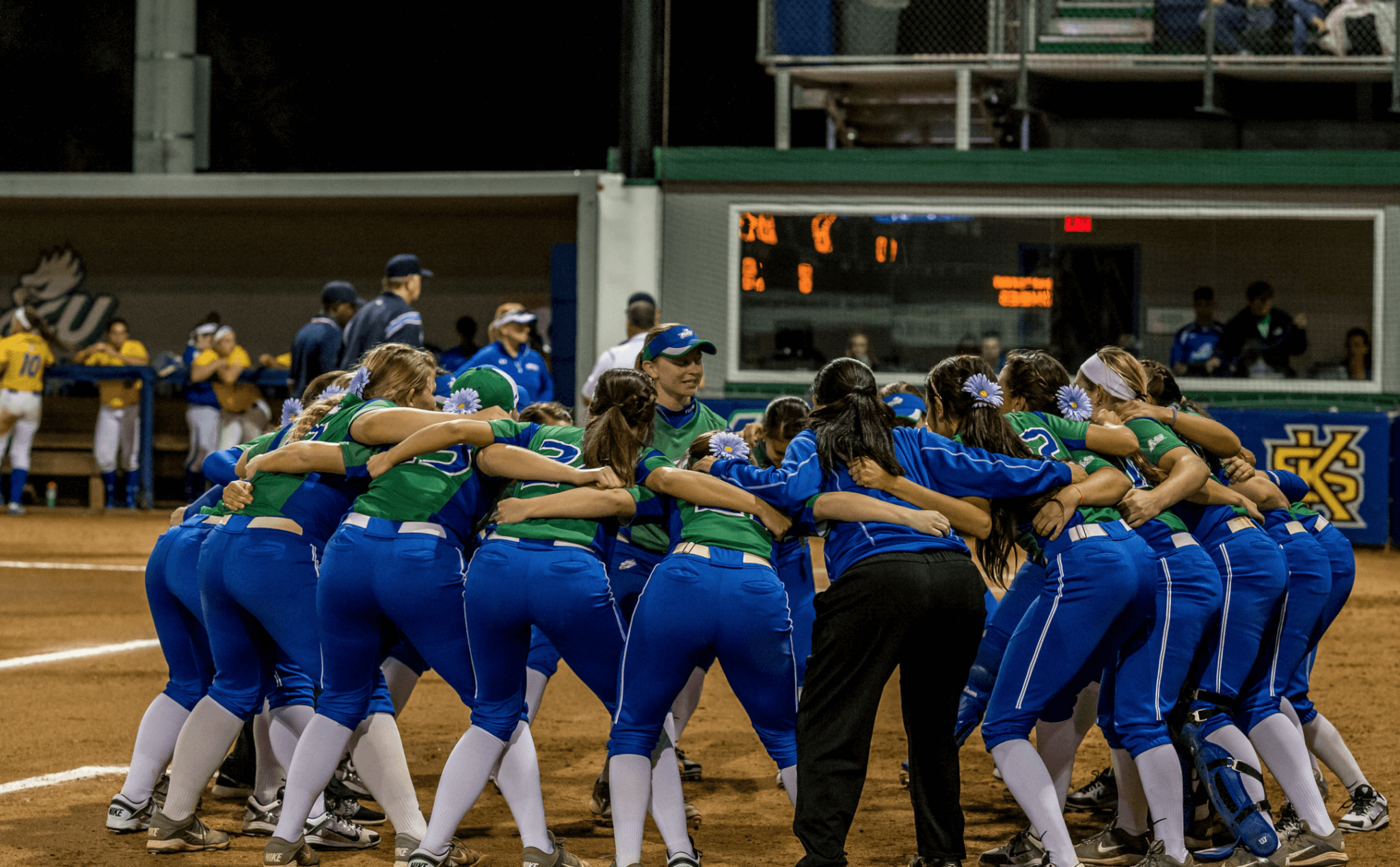 This weekend proved to be successful for the FGCU softball team, as it dominated its three-game series against the USC Upstate Spartans in Spartanburg, South Carolina.

Picked second to finish in the league, while also having home field advantage, the Spartans went into the game confident. However, the Eagles came out swinging day one of the two-day series with a 3-0 win over USC Upstate.

“These wins meant a lot to the coaching staff and the team,” coach David Deiros said. “Monday, Tuesday and Wednesday’s practices leading up to the game were the best practices we’ve ever had.”

After mercy ruling the Spartans 10-2 on Friday, the Eagles let one slip away Saturday, yet this 4-5 loss did not take away from the excitement the team had on Friday. The wins overshadowed the tough loss Saturday, making for a weekend that set the tone within the entire conference.

“We’re a team to be reckoned with this year, and no one wants to face us when it comes time for the playoffs,” junior second baseman Jeanie Verderese said. “We’re going to be a tough draw for any team considering how well we played this weekend.”

Outplaying its opponent in all facets, the team was able to see what it was capable of doing. Even with a huge win, the team starts back up tomorrow with tough practices to show what it has against No. 1-seeded Lipscomb in Nashville.

“The A-Sun conference always has the best softball,” Deiros said. “Yet, we consistently preach that you have to make sure you trust the process and not worry too much about the outcomes.”

With this word of advice and process-based practices leading up to the big games, the team feels more prepared than ever before going into the games against Lipscomb this upcoming weekend.

“We are hungry for the conference championship this year,” sophomore outfielder Carissa LiCata said.

Next, the team travel to Nashville, Tennessee to play Lipscomb in a three-game series, starting Saturday, April 2.