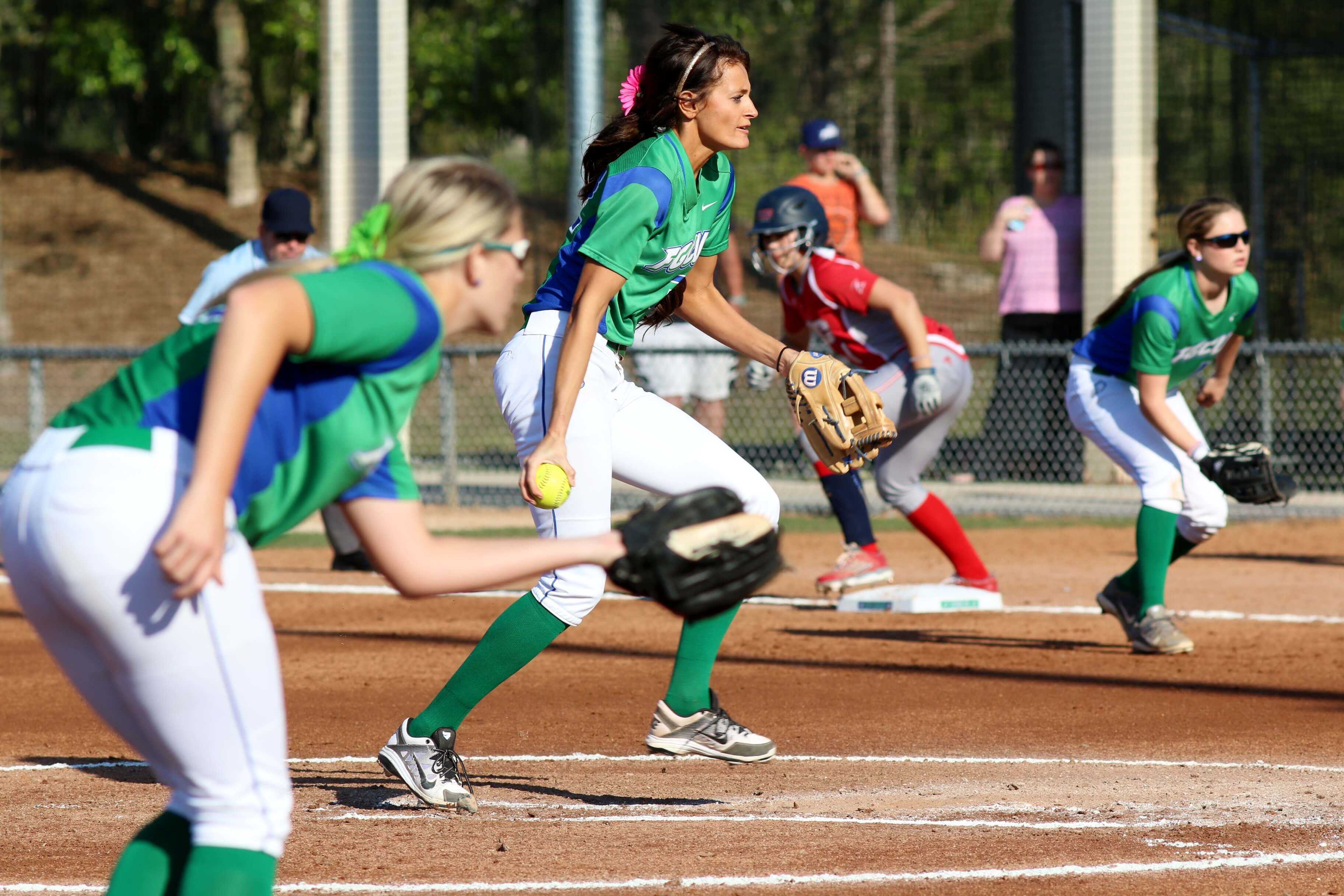 The FGCU softball team ended its ten-game win streak on Saturday, March 5 after losing to Ball State 3-2 and Notre Dame 6-1.

The Eagles lost to Ball State in the first game on Saturday in the FGCU/Four Points by Sheraton Spring Break Classic. On Friday, the Eagles beat the Cardinals 9-3. Both teams battled till the end in their second meeting of the weekend, even forcing the game to go into an extra inning.

Neither team earned a hit or a run until the fourth inning when Ball State scored one run on a double to right center, which scored the runner from second. FGCU answered with a run of its own in the bottom of the inning. The first hit of the game for the Eagles came from senior Makensie McAvoy with one out. Freshman Racquel Fournet followed McAvoy with another single, moving McAvoy to third. McAvoy scored on a fielder’s choice out to the second baseman, giving senior Louie Ross the RBI and the first run of the game for the Eagles.

The Eagles had a chance to win the game in the seventh, getting runners on second and third with no outs. However, FGCU failed to score, forcing the game into extra innings.

In extra innings, both teams start with a runner on second. Ball State scored two runs right away in the top of the eighth after Arnett hit a two-run homer to right center field. The Eagles were able to hold the Cardinals at three runs after senior Ashley Dobson came in to relieve starting pitcher junior Taylor Wade.

FGCU was able to answer Ball State’s two runs but came up short. The Eagles were only able to score one run in the bottom of the eighth after Ross laid down a bunt to score McAvoy from third. Unfortunately, the Eagles couldn’t keep the inning going, leaving a runner stranded on third.

“When you put runners on second and third and no outs and you can’t push a run across and can’t get the contact you want, it’s extremely disappointing.” FGCU head coach Dave Deiros said regarding the missed opportunity in the seventh.

The Eagles were not able to bounce back from the close loss to Ball State, losing for the second time on Saturday to Notre Dame.

FGCU couldn’t seem to find a rhythm against Notre Dame, making several defensive mistakes that resulted in runs scored for the Fighting Irish.

Notre Dame scored its first run in the first inning after starting pitcher, freshman Riley Randolph, walked the leadoff batter, Karley Wester. Wester stole second base, and after a poor defensive decision by senior catcher Bree Tourtillot and a fielder’s choice out to first, Wester scored.

The only run scored for FGCU came in the fourth inning when the Eagles were able to string together a few hits. Back-to-back singles by Huff and McAvoy put runners on first and second. Fournet walked to load the bases for Ross. Ross hit a deep sacrifice fly to center, scoring Huff from third. Unfortunately, the Eagles were unable to capitalize on the situation and left two runners stranded.

Notre Dame widened the lead even more with a home run by the designated player Caitlyn Brooks in the sixth and then scoring an additional two runs in the seventh, one coming from another defensive error made by the Eagles.

FGCU went three up three down in the seventh, ending the game against Notre Dame with a score of 6-1.

“The kids are still playing hard,” Deiros said. “They’re doing enough to stay in ball games. You just have to make sure you execute better when you have the opportunity to put people away.”

The Eagles will head to Clearwater next to play Central Michigan in a double header on Tuesday, March 8 before going to Tampa to play in the UCF Spring Fling Tournament, March 10 through 12.