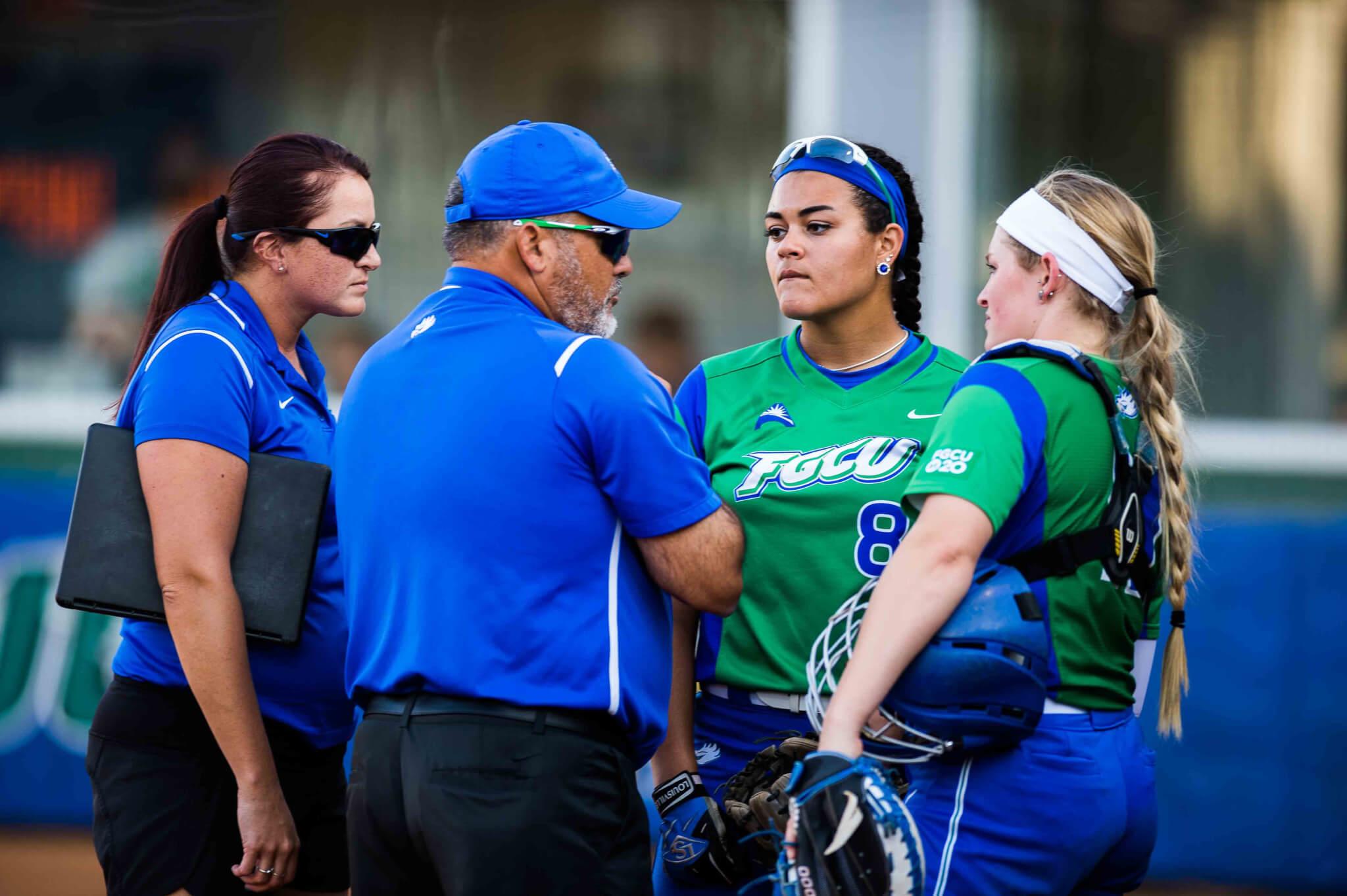 To begin their play at the Triple Crown Sports Puerto Vallarta Challenge, the FGCU softball team split a pair of matchups.

The Eagles defeated No. 21 Fresno State 4-3 to open the day but fell 10-8 to Texas Tech to end day one of the tournament.

FGCU drew seven walks against Fresno State with four of them being in the decisive second inning, to defeat the No. 21 ranked team.

Following back-to-back walks to begin the inning, Bri Innamorato loaded the bases with a single. While Natalie Lopez brought home the first run of the game off of an error by the catch.

This reach allowed Ashley Swiderski and Brittany McGuire to score. Kelsey Huff assisted, scoring in Innamorato to bring the score in favor of the Eagles 3-0.

To sustain the lead, Riley Randolph retired 13 of the next 15 batters, allowing only a single and triple for the Bulldogs.

Nearing the end of the final inning, the Bulldogs reached with three of their first four batters, bringing it to a 4-1 ballgame.

In the match up against Texas Tech, the Eagles were forced to come from behind late in the game after trailing 7-2 but was unable to tie the game.

FGCU was off to a quick start as Innamorato singled home Swiderski and McGuire to put the Eagles in front 2-0 after the first inning.

However, Texas Tech immediately responded, plating five runs in the top of the second, increasing the lead to 7-2.

McGuire’s home run cut the lead to 7-3 and with two outs, bases loaded triple courtesy of Huff, the Eagles brought the score to 7-6 after three innings of play.

The Eagles opened the second day with a 4-1 loss to Cal State Fullerton and later fell 9-0 in five innings to No. 21 Fresno State.

To start the first game, the Eagles loaded the bases, but were unable to take advantage of the opportunity. However, Cal State Fullerton scored twice in the first inning to grab an early lead.

The Titans then collected another hit in the fourth and turned it into two more runs to take a 4-0 lead.

FGCU came alive in the final inning, as Morgan White led off with a single, followed by base hits from both Sutherland and Lopez, putting the Eagles on the board; however, the game ended in favor of the Titans.

In the final game of the day, FGCU drew three walks, falling 9-0 to the No. 21 Bulldogs.

After falling behind 2-0, the Eagles put two runners on in the second but was unable to bring either home.

FGCU put another runner on in the fifth but again was unable finish, ending the game in the fifth inning, in favor of the Bulldogs.

The Eagles closed out their time in Mexico with a tough 6-3 loss against Mississippi State.

FGCU took an early lead, but the Bulldogs tied the game in the bottom of the first and continued to dominate from there.

Ashley Swiderski singled to put FGCU in front, but the lead was short-lived.

Mississippi State capitalized on a leadoff walk, tying the game in the bottom half of the first and plated three runs in the second.

FGCU forced a pitching change in the fourth, allowing Tourtillott and Huff to tack on two, but the Bulldogs responded scoring a run in the fifth and sixth innings for the final 6-3 score.