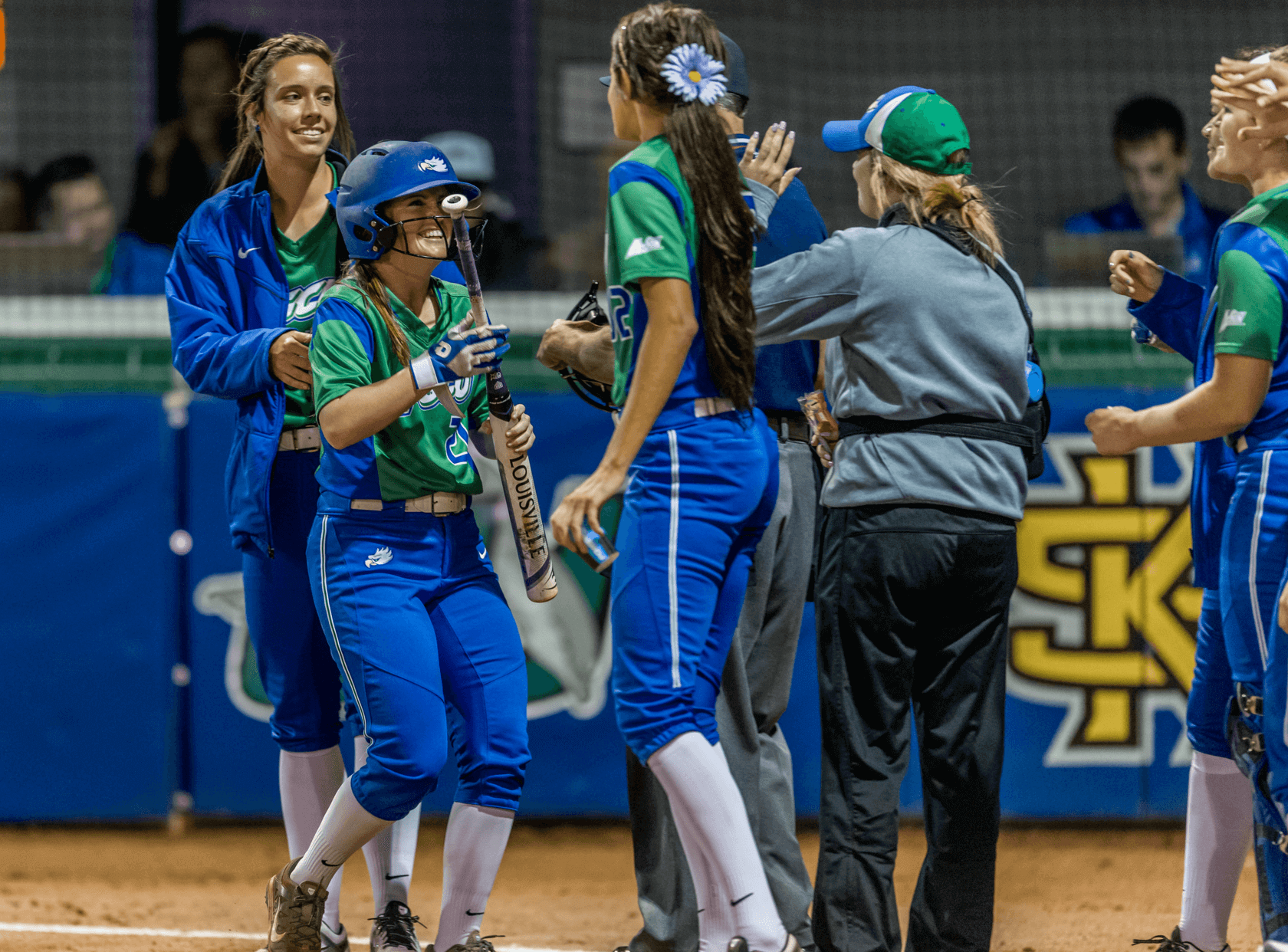 The FGCU softball team took a weekend series against Stetson this weekend, 2-1. After the wins, the Eagles are in a three-way tie for first in the A-Sun Conference.

A doubleheader on Saturday, April 9, opened the series. FGCU took a 13-2 victory in the first game, followed by a 7-1 loss.

“We played a really good game one, but we didn’t play as well in game two,” head coach David Deiros said. “I was proud of the way we went after it and by the way we competed. Our offense goes as Kelsey (Huff) goes. When she does the things she needs to do, we’re able to score a lot of runs and that showed today.”

On Sunday, the teams met up again to decide the series in an afternoon matchup. FGCU won 5-1 to win the series.

“That was a great team win from start to finish,” Deiros said. “We put the pressure on early, and really other than a bad defensive inning, I thought our kids did a fantastic job in all aspects of the game. Every series is important; every game is important, and every pitch is important. You can’t take any time off because the teams in our conference are that good. If you want to be in it at the end, you have to take every opportunity seriously.”

Up next, the Eagles will continue A-Sun Conference play at home. FGCU will host Kennesaw State for a three-game series, beginning with a doubleheader on Saturday, April 16.

After the weekend series with Kennesaw, the Eagles will have four series remaining before A-Sun Championship play.