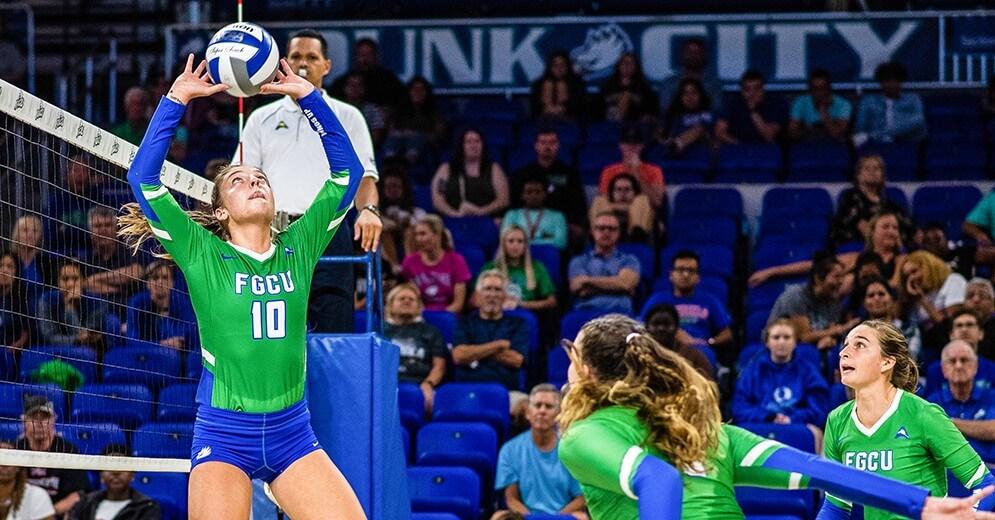 The FGCU women’s volleyball team defeated Jacksonville 3-0 on Friday to extend their winning streak to 10 games. The Eagles are now tied with Pittsburgh at 20 wins for the fourth-most wins in the nation.

With FGCU hitting .438 as a team, the team recorded their sixth-best performance in FGCU’s Division 1 era and the second-best in program history versus an ASUN opponent.

On defense, three players posted double-digit digs. Dana Axner had 16, followed by Amanda Caroll with 11 and Snowy Burman with 10.

“That was a really clean and balanced performance with contributions across the board,” FGCU head coach Matt Botsford said. “The offense had a nice flow and rhythm to it and defensively we were outstanding. We have been talking a lot about consistency and working to sustain a certain level of play, and tonight we did that very well.”

With the victory, the FGCU remains tied for first place in the ASUN Conference with Kennesaw State. The Eagles will now head to North Alabama for Sunday afternoon set to start at 2 p.m. on Sunday, Oct. 27.