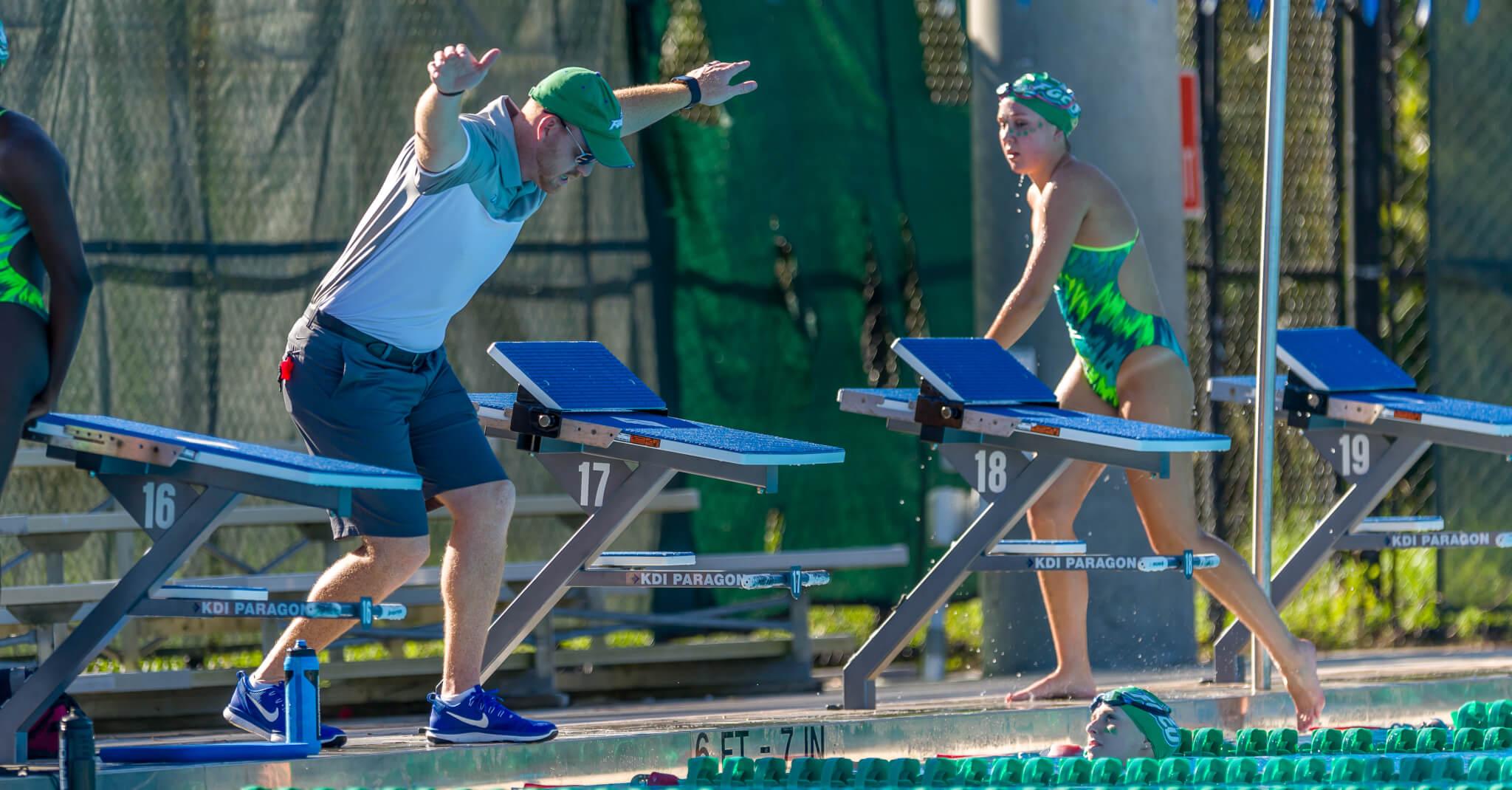 A new season for the FGCU swimming and diving team brings new goals and expectations for the Eagles, who are the defending conference champions.

“We want to win every event at our conference meet,” Rollins said.

The 2016-2017 season for the FGCU swimming and diving team is already off to a strong start with the All-Florida Invite that took place on the weekend of Sept. 23.

FGCU took third at that meet, and it reinforced that the high goals the Eagles have set for themselves are reachable.

“This is an excited group. They have been really open-minded about trying some new training tactics they may not be used to.” Rollins said when asked about how the team is responding to a new head coach.

“We want to place in the top 20 at the NCAA Championship meet at the end of the season,” sophomore Fanny Teijonsalo said.

Teijonsalo is the defending conference champion in three individual events, and will be a leader for the Eagles this season.

To improve in the national ranking at the end of the season, the Eagles will have to perform better at the NCAA championship meet.

The Eagles only return two swimmers that qualified for the meet last year, Katie Latham and Teijonsalo

“I want to perform better at NCAA’s. I qualified last year, but I didn’t have my strongest performance,” Teijonsalo said. “I want the team to qualify as many swimmers as possible to NCAA’s, getting our relays to qualify will be big.”

The FGCU swim team will continue to build their success as the season progresses.

The Eagles host the FGCU Invite at the FGCU Athletics Complex on Oct. 7-8.