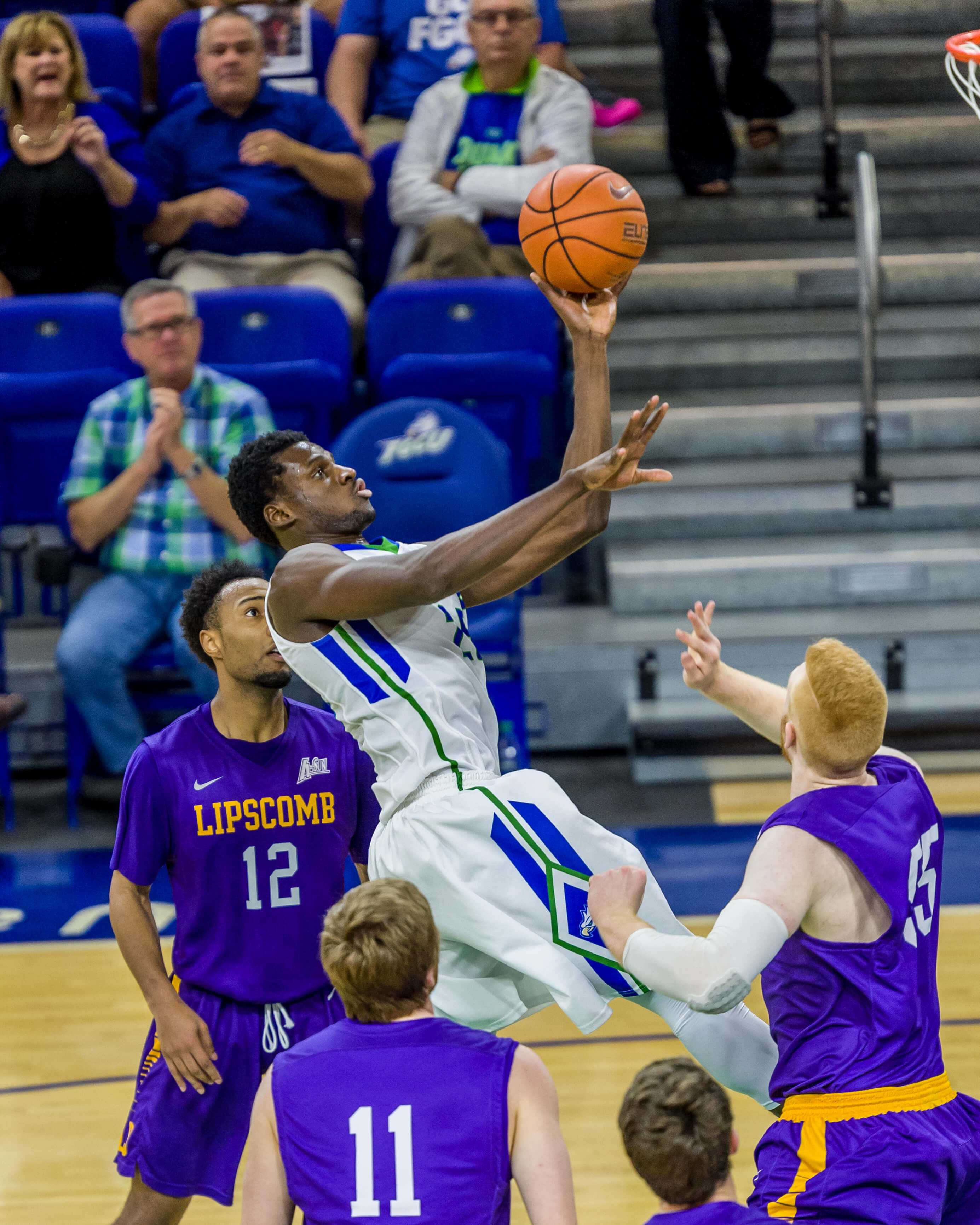 The FGCU men’s basketball team was able to move past Lipscomb in a nitty and gritty competition in an 82-67 win.

It was the Eagles’ stellar 31-39, free-throw total that allowed them to surpass the Bisons. With that total, FGCU has tied for the second-most free throws made in the Division I era. It’s also the most free throws FGCU has made since it played Georgetown back in 2013.

Free throws have certainly been the Achilles heel of this team. It was very fortunate for the shots to drop this game.

Additionally, Marc-Eddy Norelia marked his fourth game scoring 20 points or more in the last six, and Norelia recorded his 11th double-double, which is the A-Sun single season record. Zach Johnson was able to get his season high in assists with seven.

Four of the FGCU starters produced double digits in scoring. FGCU led the game for nearly 40 minutes. Also, FGCU has the largest lead of the game with 18 points. Lipscomb was only able to hold the lead for almost six minutes.

The most dominant player on the floor was Norelia with 25 points, 12 rebounds and 11 to 14 from the free-throw line.

“We came out with the right mindset,” Norelia said.

It was a good overall team game for FGCU. DeBose had 10; Johnson scored 12; Terrell recorded 13, and Tucker, off the bench, had 10. Tucker was the leading scorer for the team throughout the first half.

The Eagles entered this game without Reed, who is out with an ankle injury.

Adding on the injury woes for FGCU, Filip Cvjeticanin went down in the first half and suffered concussion-like symptoms. He did not return for the rest of the game.

“I feel good,” Cvjeticanin said during a post-game encounter.

Even though Demetris Morant started the game, he is battling leg injuries.

“He’s sacrificing that for us,” Norelia said. “We need him to be out there.”