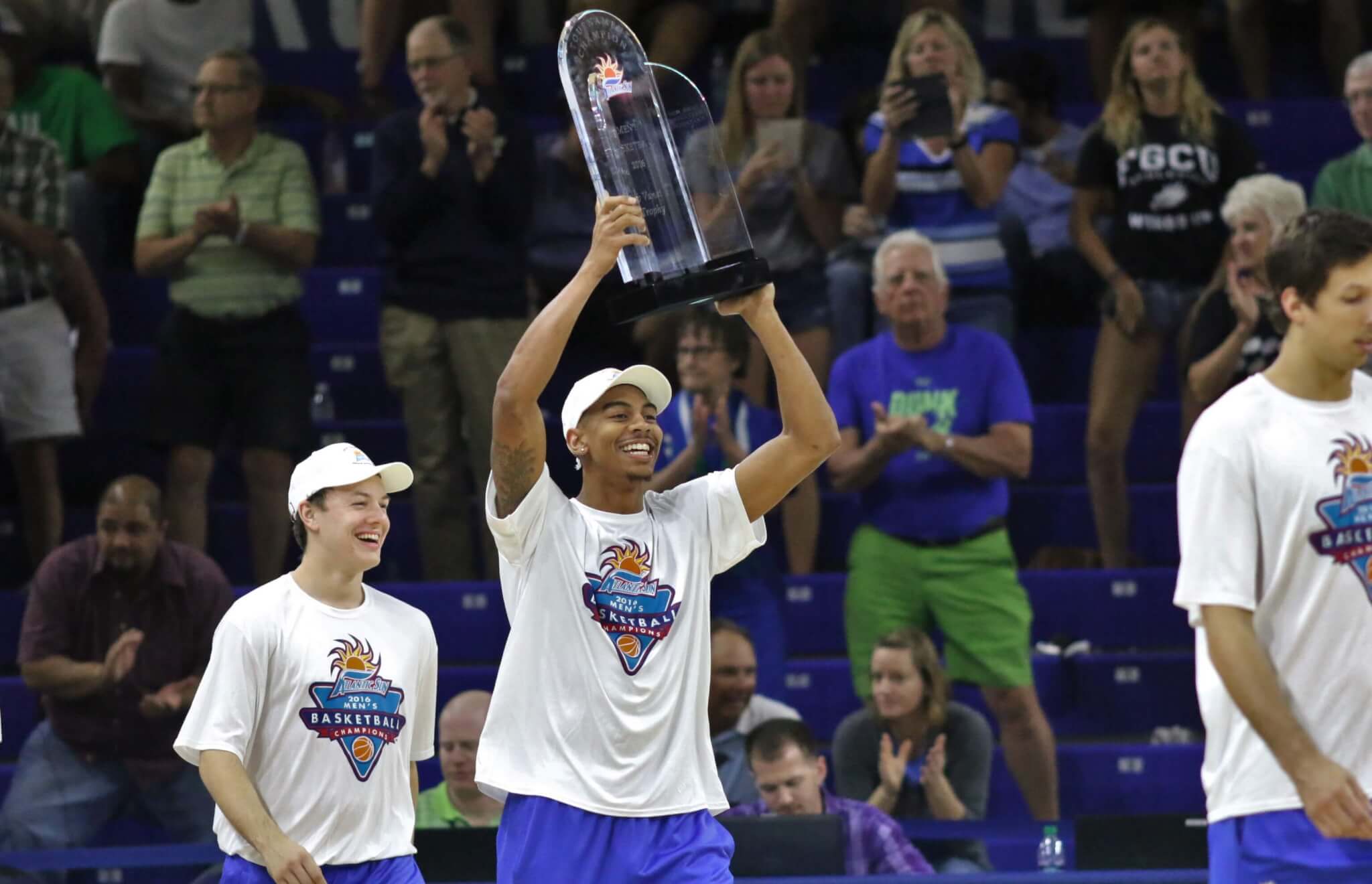 The Viewing Party will be held at 5 p.m. at Alico Arena just after the Women’s Basketball Atlantic Sun Conference Championship game between FGCU and Jacksonville.
Following the championship game, Alico Arena will remain open for free admission into the watch party. For students out of town for spring break, the show will be airing live on CBS at 5 p.m.
At the watch party, FGCU men’s head coach Joe Dooley, players and FGCU President Dr. Wilson Bradshaw will address the crowd, the FGCU cheerleaders and band will perform and a Snapchat geofilter will be available for fans to add their stories to the national live Snapchat story.
On Sunday, FGCU will find out which of the nine sites that it will travel to for its next chapter in the postseason. If FGCU plays in a second-round game, FGCU will travel to either Oklahoma City, Denver, St. Louis, Raleigh, Providence, Spokane, Des Moines or Brooklyn. If FGCU is selected to the First Four, the team will travel to Dayton, Ohio to play into the tournament.